How Much Do You Know About Oregon?

Whether you’re visiting for the first time or lived here all your life, chances are you don’t know everything about Oregon. Test your knowledge with some Oregon fun trivia below.

Fortunately for those who need travel advice, there are local experts located at eight Travel Oregon Welcome Centers across the state, ready to answer your questions and help guide your next journey. We invite you to stop in at any of these spots, conveniently located off the major highways. At Oregon’s southern border, for instance, the Travel Oregon Welcome Center in Ashland (at the I-5 northbound Siskiyou Rest Area) is a perfect pit stop with comfortable places to relax, plug in and play (literally, there’s a children’s play area), plus countless opportunities to learn about Southern Oregon and the rest of the state.

Ready to test your Oregon knowledge? Answer the trivia below. 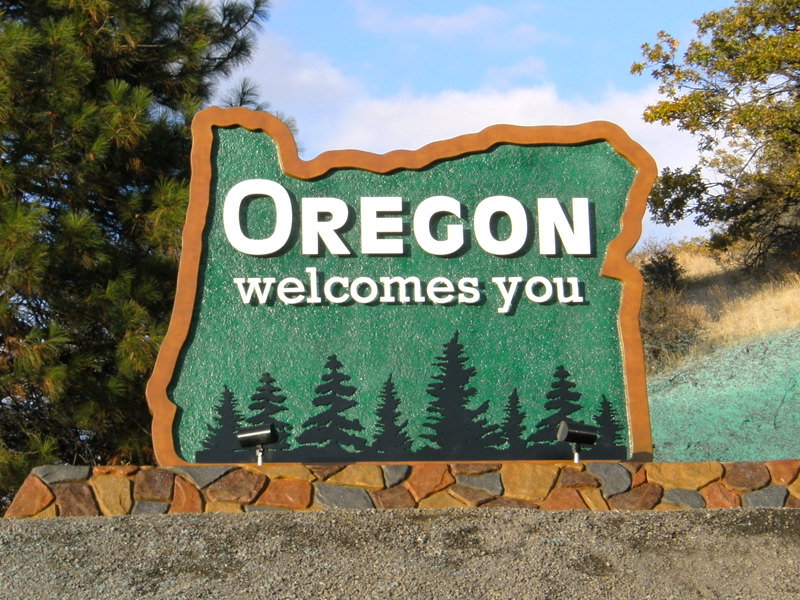 1. When is Oregon’s birthday?

2. What is Oregon’s official state tree?

3. What is Oregon’s state motto?

Oregon’s state motto is “She flies with her own wings.”

4. How many federally recognized Native tribes are located in Oregon?

5. How long is the Oregon Coast?

The Oregon Coast is 363 miles long — and thanks to the landmark Beach Bill, the state’s entire coastline is open to the public.

6. Can you see the actual Oregon Trail route in Oregon?

Oregon Trail wagon ruts are still visible in Eastern Oregon. You can see them at the National Historic Oregon Trail Interpretive Center in Baker City, the Keeney Pass Interpretive Site near Vale, or Blue Mountain Crossing near La Grande.

7. How many designated Wild & Scenic Rivers are in Oregon?

Of the 200 Wild & Scenic Rivers in the United States, 58 of them are here in the state of Oregon — more than any other state.

8. What famous horror movie was filmed at Timberline Lodge on Mt. Hood?

Timberline Lodge served as the backdrop for the classic horror film, “The Shining.”

9. How big is Forest Park in the Portland Region?

At 5,200 acres, Portland’s Forest Park is one of the largest urban nature preserves in the U.S. It features more than 80 miles of trails, including the 30-mile Wildwood Trail.

10. Why is there Oregon lava rock on the moon?

From 1964 through 1966, astronauts trained for lunar missions at Newberry Crater in Central Oregon. Decades later during the Apollo 15 mission, astronaut James B. Irwin commemorated the events by leaving a lava rock from Oregon on the moon.

11. Oregon is home to how many historic covered bridges?

Oregon has more than 50 historic covered bridges. Twenty of them are in Lane County, home to more remaining covered bridges than any county west of the Mississippi River. To see several on one route, ride the Covered Bridges Scenic Bikeway in Cottage Grove.

Bonus trivia: How much do you know about Crater Lake?

How deep is Crater Lake? At a depth of 1,943 feet, Crater Lake is the deepest lake in the U.S.

Roughly how old is Crater Lake? The eruption of Mt. Mazama created Crater Lake some 7,700 years ago.

Why is Crater Lake so blue? Crater Lake’s water is intensely blue due to its depth and purity with only rain and snowmelt serving as the water source.