Why Oregon’s Beaches Are Open to Everyone 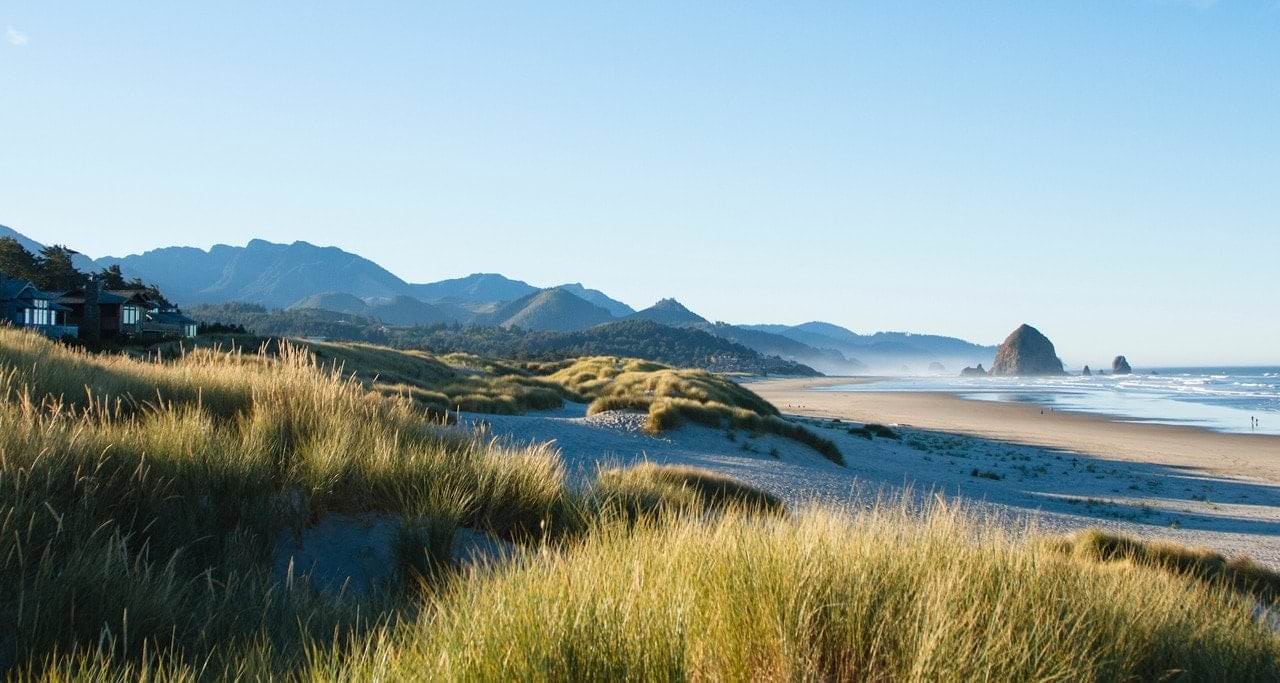 Tad McCall was a young man when his father, former Oregon Governor  Tom McCall, swooped onto Cannon Beach by helicopter to lobby for the Oregon Beach Bill on May 13, 1967.

Tad McCall didn’t know then that his father would change the course of history. A motel owner in Cannon Beach had closed off part of the beach, and a quiet fight was underway in the Oregon legislature between developers and conservation-minded lawmakers. Both sides wanted the rights to control the dry-sand portion of the beach, where we now build sandcastles, fly kites and take long beach walks to our heart’s content.

But the proposed Beach Bill — which maintains public access to all 363 miles of Oregon coastline — had been stalled in the legislature, since the public hadn’t heard of it. That was, until newly elected Governor Tom McCall stepped on the beach and drew a line in the sand. Thousands showed up at the state Capitol to rally for the bill, and McCall signed it into law two months later.

Now 50 years later, the younger McCall, at age 73, recently returned to that same spot to help celebrate the 50th anniversary of the landmark bill. “It was wonderful to be there, on the beautiful sand, with Haystack Rock,” McCall recalls of his recent return to Cannon Beach. “It’s a spectacular place.”

Tad McCall grew up fishing and enjoying the natural spaces in Oregon, and inherited his father’s conservation ethos. He’s a retired U.S. Navy captain, has done work to oversee the U.S. Air Force environmental program and has served at the U.S. Environmental Protection Agency. Currently he supports the U.S. Department of Defense in its work protecting endangered species while safeguarding national security with the Texas A&M Natural Resources Institute.

We caught up with Tad McCall to ask about the impact of his father’s legacy and some of his favorite memories of growing up in Oregon. (Q&A edited for clarity.) 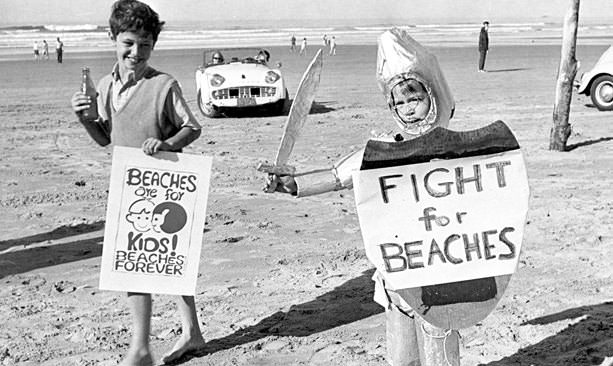 How important was passage of the Oregon Beach Bill for your father?

He knew he had to do something dramatic to capture the public’s and the legislature’s attention. He seized on descending on the beach by helicopter with press along, and proclaim that these beaches are for all Oregonians. He talked to us about the legacy of Governor Oswald West, who (in 1913) led the effort to create public access to the entire coast, a public highway down the Coast. A potential flaw in the law may have left a gap between wet sand and dry sand where we don’t have jurisdiction. He researched, looking at common law rights, talking to people at Oregon State University, looking for a sound method to protect the dry sands for the public. He would talk at the dinner table as his effort evolved. He was pretty determined he was going to do something about this.

What are some of your favorite family memories in Oregon?

My Aunt Molly, Uncle Harry and cousins Sandy and Zee-Zee lived in Gearhart. We would go down there to visit them in the summer. I remember walking across the hot asphalt with my bare feet, and making it over to the sand felt so good. We fished — and my dad golfed — at the Coast when we got our place built at Road’s End [in Lincoln City], when I was in high school and college. It was out on a bluff. We could look out a long way. One special fishing trip I’d had on the coast was when I’d just come back from Vietnam in 1969 and my father arranged for a guided trip. I got two steelhead; my dad got one. As we were going down the river there was a photo taken of us. That was probably the most memorable trip of my life.

What motivated your father’s dedication to protecting the Coast?

Like many Oregonians, he had a real connection to the Coast. The Coast is so spectacular —  the headlands, trails you hike. We loved the Coast. To think that someone would appropriate that for their personal use would just offend him. He believed in Oregon for Oregonians, and protecting what made Oregon special for now and the future. 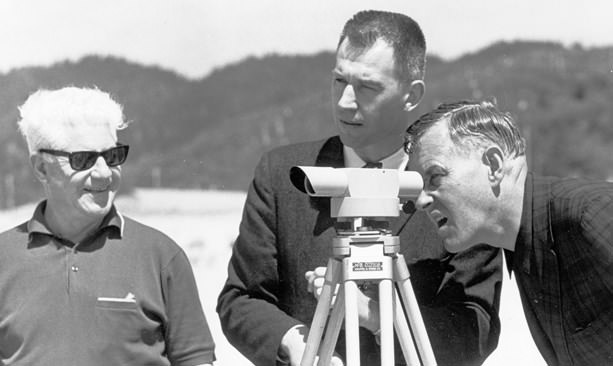 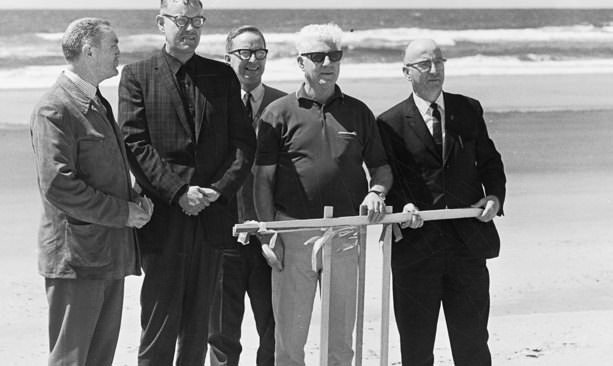 Help celebrate the Oregon Beach Bill’s 50th anniversary at these upcoming events: Party for the Beach (July 7, 2017), Beach Bill Birthday Bash in Salem (July 8, 2017), or the SOLVE Beach & Riverside Cleanup at 100 sites along the Coast (Sept. 23).

Jen Anderson
Jen Anderson writes and edits Travel Oregon's e-newsletters, annual Visitor Guide and other editorial content. She loves finding the latest places to eat, drink and play around the state with her husband and two young boys. Brewpubs, beaches and bike trails top the list.
Is any of the information on this page incorrect? Suggest an update
Ready to hit the road? Bring our travel magazine along.