A convenient gateway for exploring two of the state’s most alluring regions — the Willamette Valley wine country and the northern portion of the Oregon Coast — Portland is itself one of the hottest culinary and design cities in the country. Its compact downtown is ideal for strolling; it’s flanked by leafy parks along the Willamette River and evergreen-shrouded forests laced with hiking trails in the foothills to the west. Do spend time exploring the city’s several hip neighborhoods with thriving retail and dining scenes, including the West End, the Pearl District, the Alberta Arts District, Mississippi/Williams, Hawthorne and the Central Eastside.

It’s an easy, picturesque drive to reach the lush Willamette Valley, a growing center of world-class wineries, organic farms and locavore-oriented restaurants, and also home to the dynamic university city of Eugene. And then it’s just a 70-mile drive west to access a dramatic stretch of the Oregon Coast. Following the Pacific Coast Scenic Byway (U.S. 101) north from Florence, you’ll encounter rugged headlands and boulder-strewn beaches from which you might spy migrating whales, sea lions or tufted puffins, and plenty of exceptional seafood restaurants and convivial brewpubs. 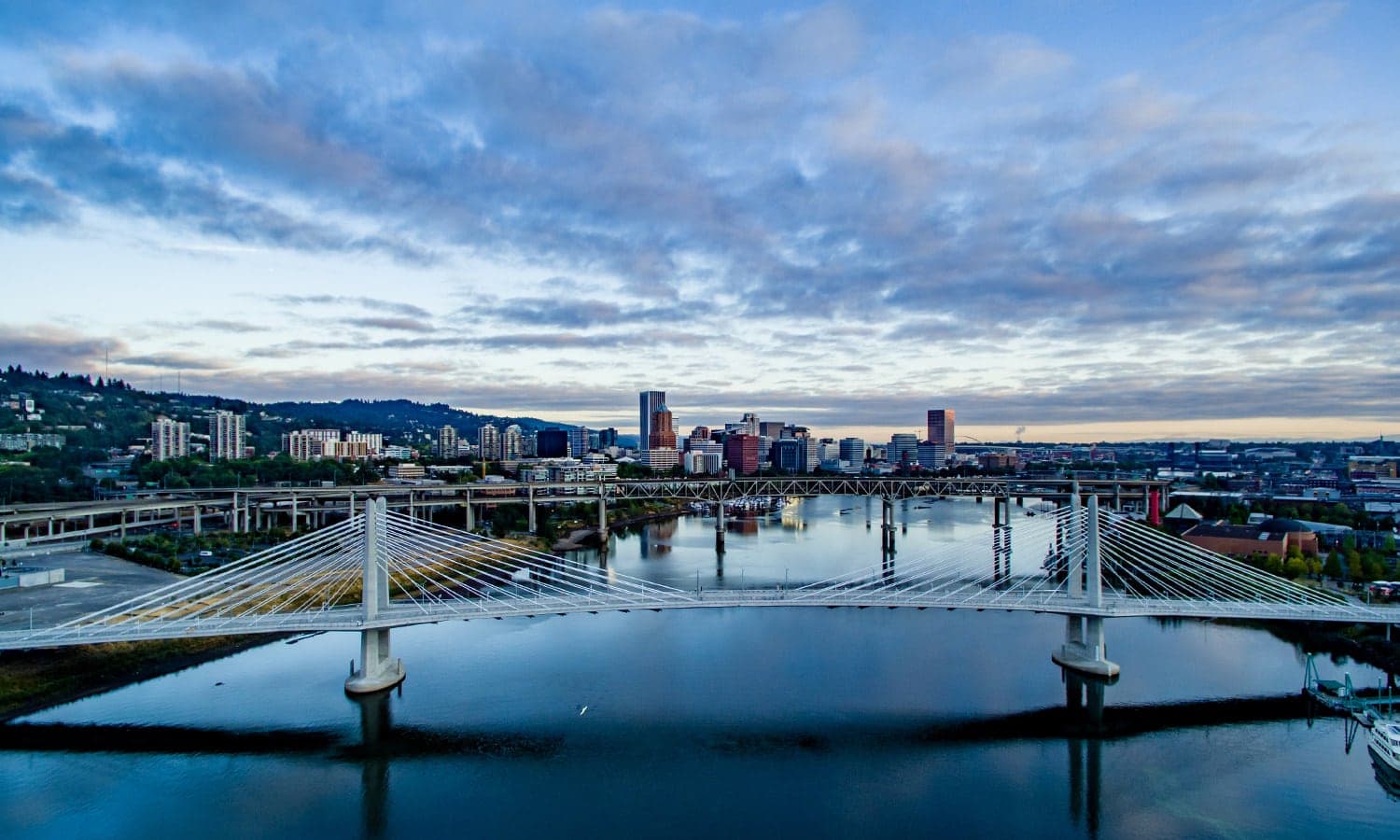 One of the city’s newer and certainly most noteworthy shopping experiences, Union Way is a strikingly designed, covered arcade of diminutive boutiques, many of them based in Oregon. Set in the heart of the trendy West End and steps from the chic Pearl District and iconic Powell’s City of Books, this intimate passageway with blond-wood walls and a canopy of skylights is home to Portland-based boot maker Danner, jewel-box candy shop Quin (try the blackberry-and-tangerine gumdrops), modern personal-care and grooming store Spruce Apothecary, dapper men’s and women’s clothier Steven Alan, and several others.

Make plans for dinner at Southeast Portland’s Coopers Hall, an airy converted industrial space containing one of the city’s acclaimed urban wineries, as well as a taproom pouring local wines, beers, ciders and creative cocktails, and a kitchen that turns out delicious platters of small-plate dishes, such as fried-duck confit and artisan cheeseboards. 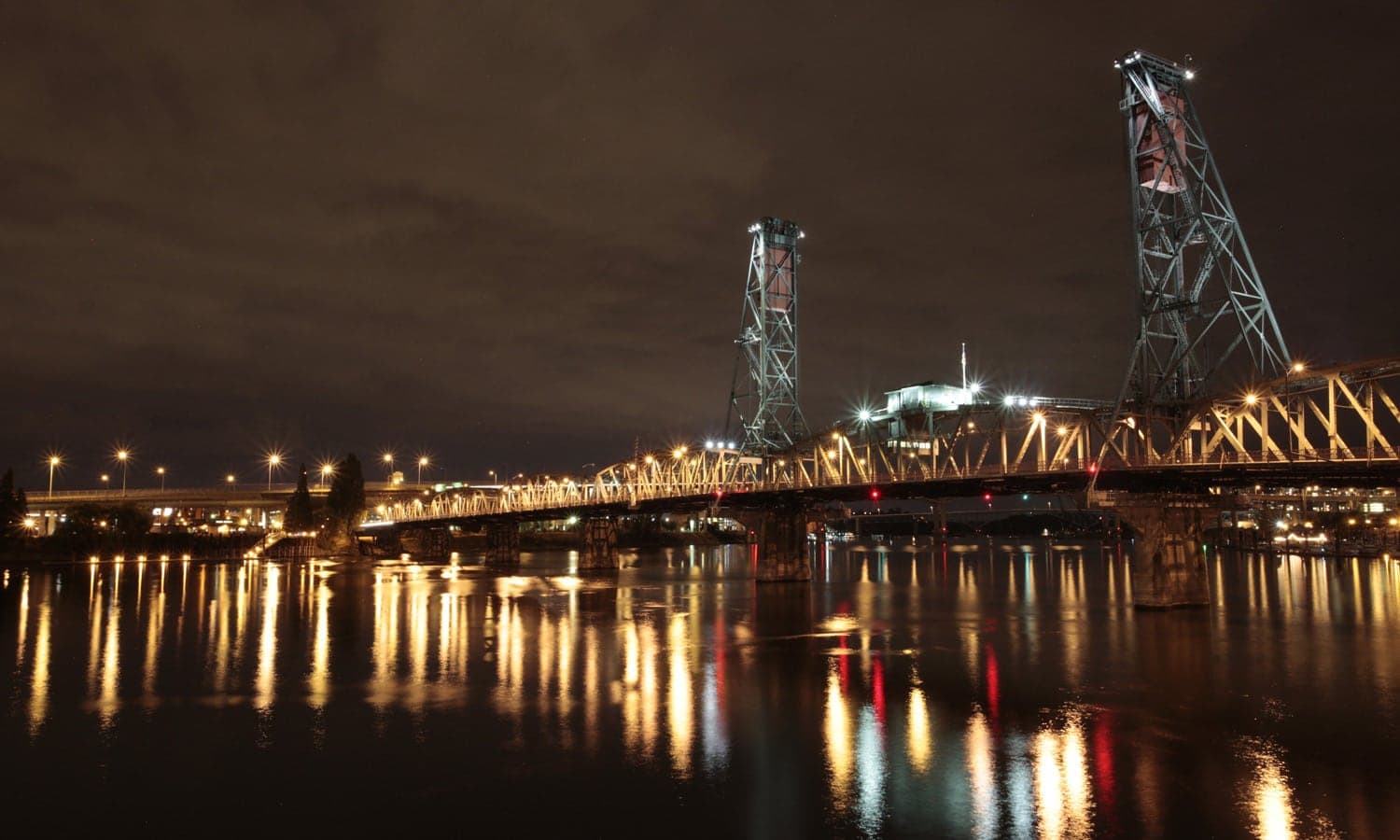 Portlanders have a clear affinity for high-quality sweets, as evidenced by the abundance of artisan ice cream shops, chocolatiers and bakeries. A must for a delicious treat is Blue Star Donuts, which offers a daily changing assortment of made-from-scratch, French brioche-style doughnuts with unusual flavor toppings, such as matcha latte or rose hibiscus with pistachio and orange peel.

Set just a bit off the beaten path in an industrial Southeast Portland neighborhood, Gigantic Brewing Company stands large among the city’s more than 75 breweries because of its innovative microbrews (some of them aged in gin and bourbon barrels) and famously imaginative beer-bottle labels. Don’t let the name fool you: Gigantic is actually a small craft-brewing operation, although you’ll find ample seating in the warmly lighted tasting room and on the adjacent front patio. 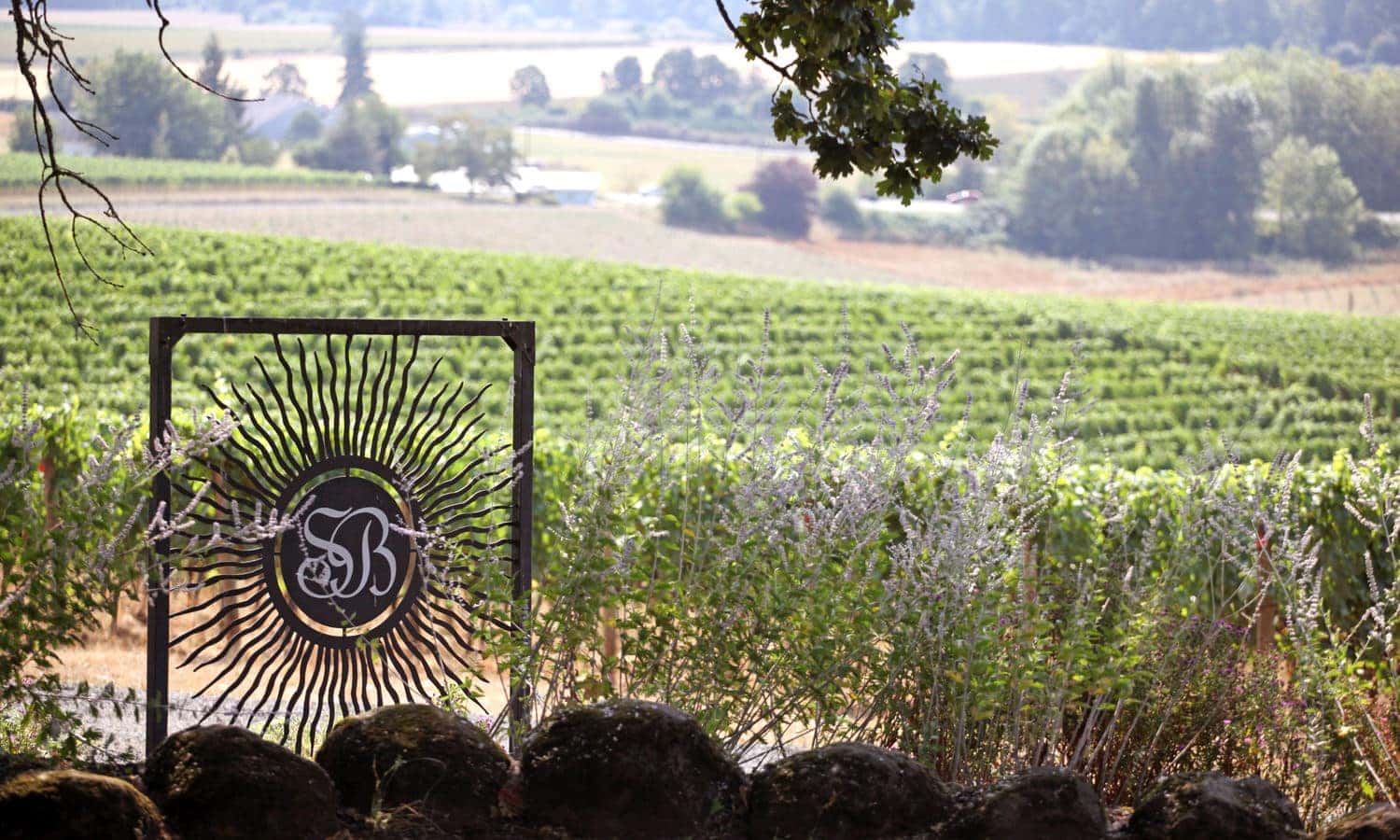 Just a 45-minute drive south from Portland, you’ll discover one of the world’s most renowned regions for pinot noir, the fertile and refreshingly unpretentious Willamette Valley, which is home to more than 500 wineries. Other varietals that star in the 5,200-square-mile Willamette Valley AVA (American Viticultural Area) include pinot gris and chardonnay. Noted for its sleek, rectilinear tasting room, the LEED-certified Sokol Blosser Winery in Dayton ranks among the Northwest’s pioneers in sustainability, having earned numerous awards for its organic, balanced, berry-forward pinot noirs.

You’ll find a bounty of first-rate restaurants as well as additional winery tasting rooms in the towns of Newberg and McMinnville, which are both rewarding stops as you make your way south through the valley to spend the night in Oregon’s second largest city, Eugene. 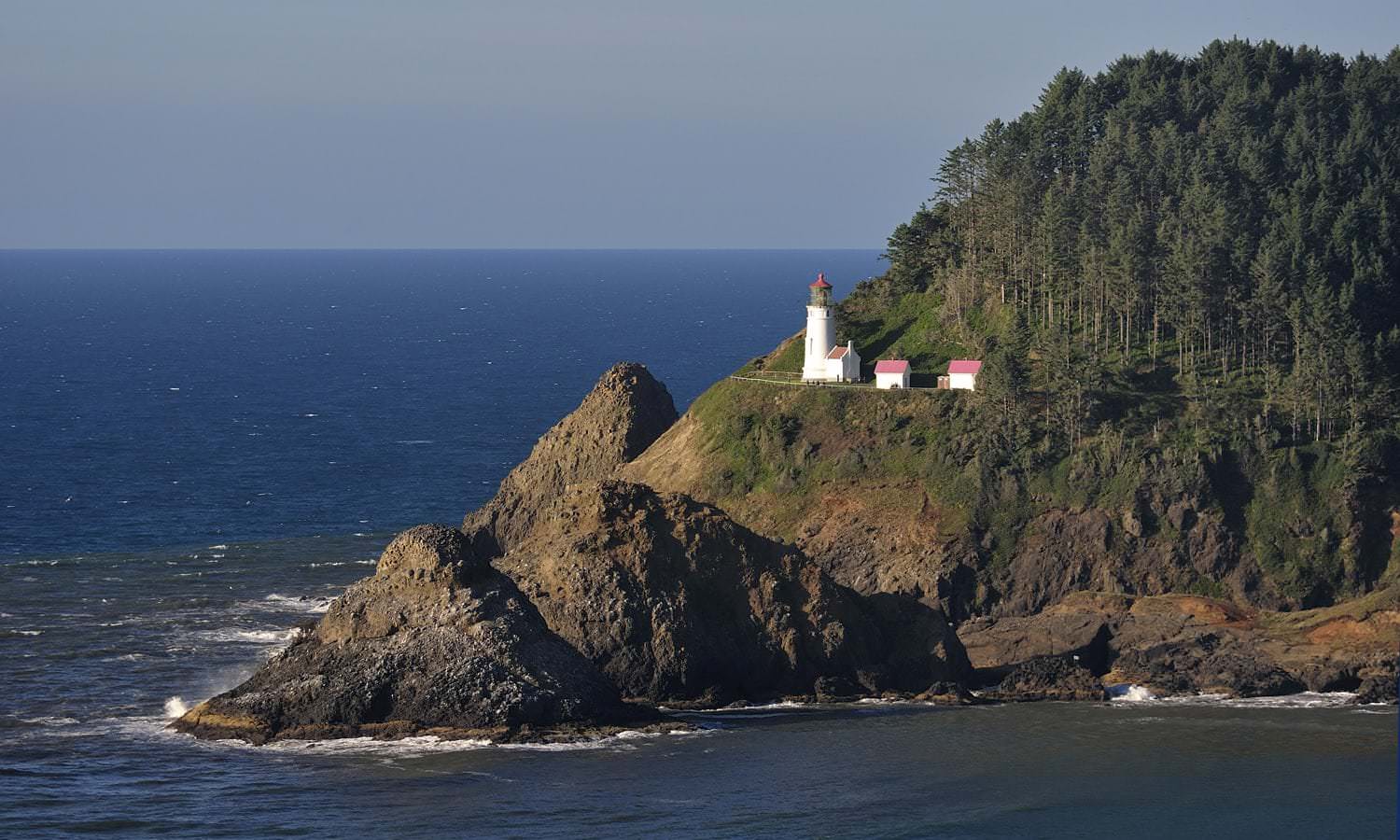 At the campus of the University of Oregon, stop by Eugene’s nearly century-old Hayward Field, one of the most celebrated venues in the country for track-and-field competitions. Note that U of O alumnus Phil Knight, founder of Nike, donated the funds to build Hayward Field’s state-of-the-art video scoreboard. Just a few blocks west of campus in Eugene’s vibrant downtown, Falling Sky Brewing is ideal for hearty lunch fare and well-crafted, European-inspired beers, including Bare Hands Northwest Bitter and Blue Balloon Belgian Pale Ale.

From Eugene make the 90-minute picturesque drive west to the Oregon Coast, stopping for a stroll — and perhaps an espresso at Siuslaw River Coffee Roasters, overlooking the historic Siuslaw River Bridge — in Old Town Florence, with its several blocks of art galleries, gift shops and seafood eateries. Continue north up U.S. 101, also known as the Pacific Coast Scenic Byway, where you’ll be treated to spectacular ocean views from rocky bluffs and along sweeping beaches. Be sure to visit Heceta Head Lighthouse, a 56-foot-tall, late-19th-century beacon that shines the brightest beam of any lighthouse in the state.

End your day about an hour’s drive north in the historic bayfront district of Newport, which has an extensive selection of seaside hotels and fun, family-friendly attractions, as well as some of the best seafood eateries around. Both a retail market and an upscale restaurant with seating overlooking Yaquina Bay, Local Ocean Seafoods serves delectable dinner fare, including whole-cooked local Dungeness crab and seared Oregon albacore tuna kebabs. 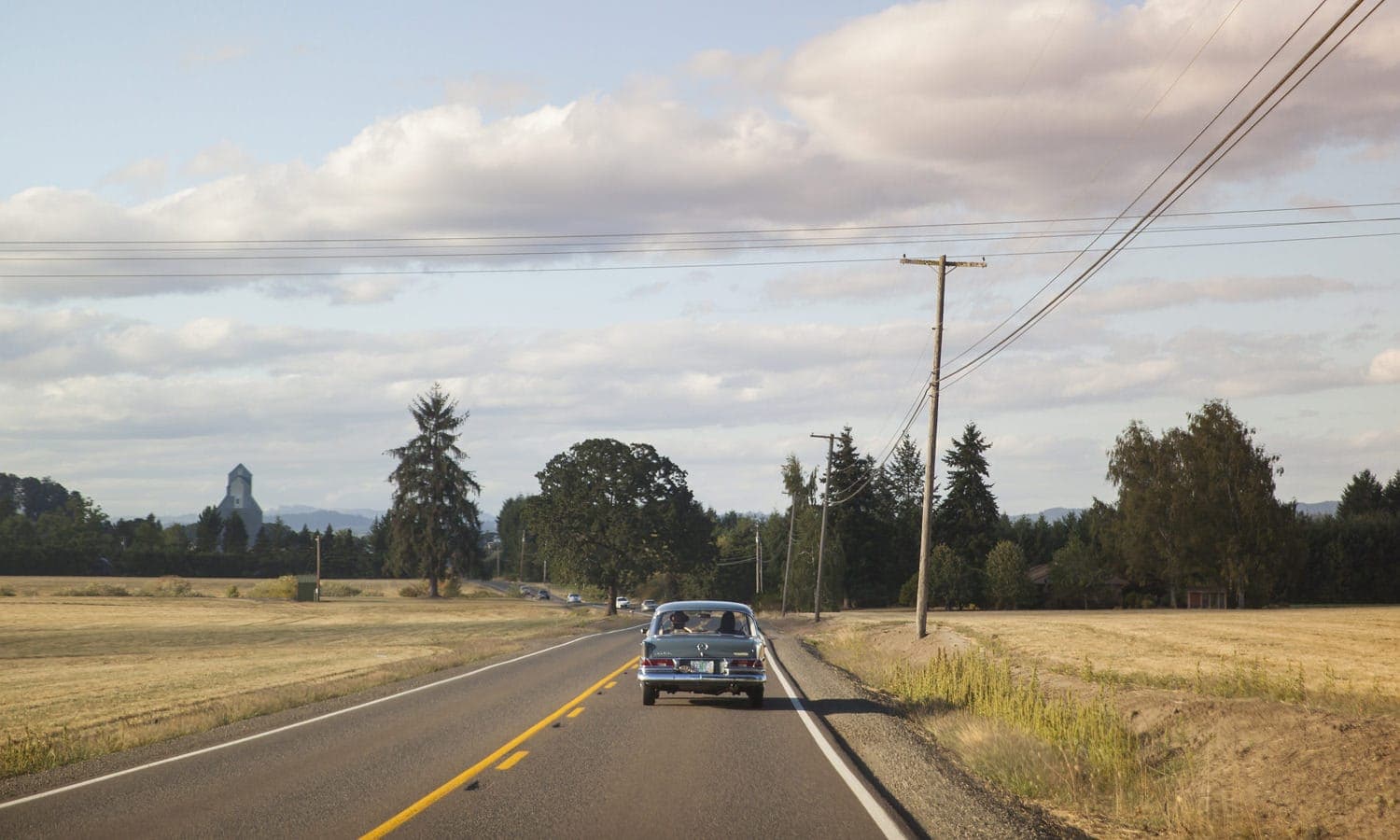 From Newport allow about two and a half hours for the drive back to Portland, not including stops. Take U.S. 101 north to Lincoln City (where you can look for a glass float on the beach), then turn east and follow Highway 18 back through the Willamette Valley en route to Portland, perhaps visiting a few more wineries along the way. After all, the Willamette Valley was named the 2016 Wine Region of the Year by Wine Enthusiast.

Newport, Oregon Coast
Is any of the information on this page incorrect? Suggest an update
Ready to hit the road? Bring our travel magazine along.