The Grand Ronde Tribes have a special connection to Willamette Falls, the village home of their Clackamas and Clowewalla ancestors and a vital site for harvesting salmon and lamprey. They know it simply as tumwata, the Chinook jargon word for waterfall. After the tribes were evicted from their lands in the 1850s, these spectacular horseshoe-shaped falls — the most voluminous waterfall in the Northwest — succumbed to development and industrial use.

In 2019 the Confederated Tribes of Grand Ronde reacquired a portion of this sacred site when they purchased the abandoned Blue Heron Paper Mill at the falls. Now the tribes are restoring the ecological health of tumwata and reestablishing their cultural connections to this historical homeland.

Working with state, federal, local and tribal partners, future plans call for a riverwalk that provides public access to the falls, as well as tribal initiatives that may include a tribal center, educational spaces and hospitality venues. 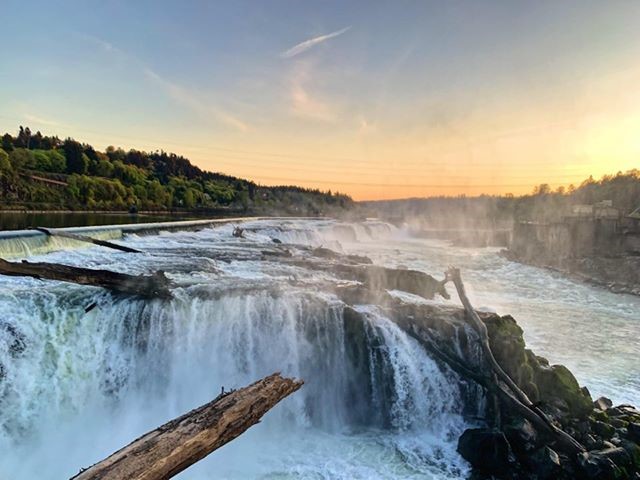 Willamette Falls by Grand Ronde Tribe
Is any of the information on this page incorrect? Suggest an update
Ready to hit the road? Bring our travel magazine along.