The Japanese American Historical Plaza at Tom McCall Waterfront Park in Portland is well known for its Akebono cherry blossom trees that were planted to commemorate the internment of Japanese Americans during World War II.

The plaza is located at the north end of the Tom McCall Waterfront Park, which borders the Willamette River and Nihomachi, the area known as Japantown, where many Japanese lived and worked before the war.

Using thirteen engraved stones of basalt and granite, the Japanese American Historical Plaza in Portland tells an important story of the Japanese in Oregon. Landscape architect Robert Murase created the theme and design of the plaza to tell the story of the hardships suffered by Japanese immigrants and the indignities imposed by the incarceration of persons of Japanese ancestry during World War II. The plaza shows how the rights of Japanese Americans on the West Coast were denied, and honors the bravery of those who served in the U.S. Armed Forces while their families were in the camps. 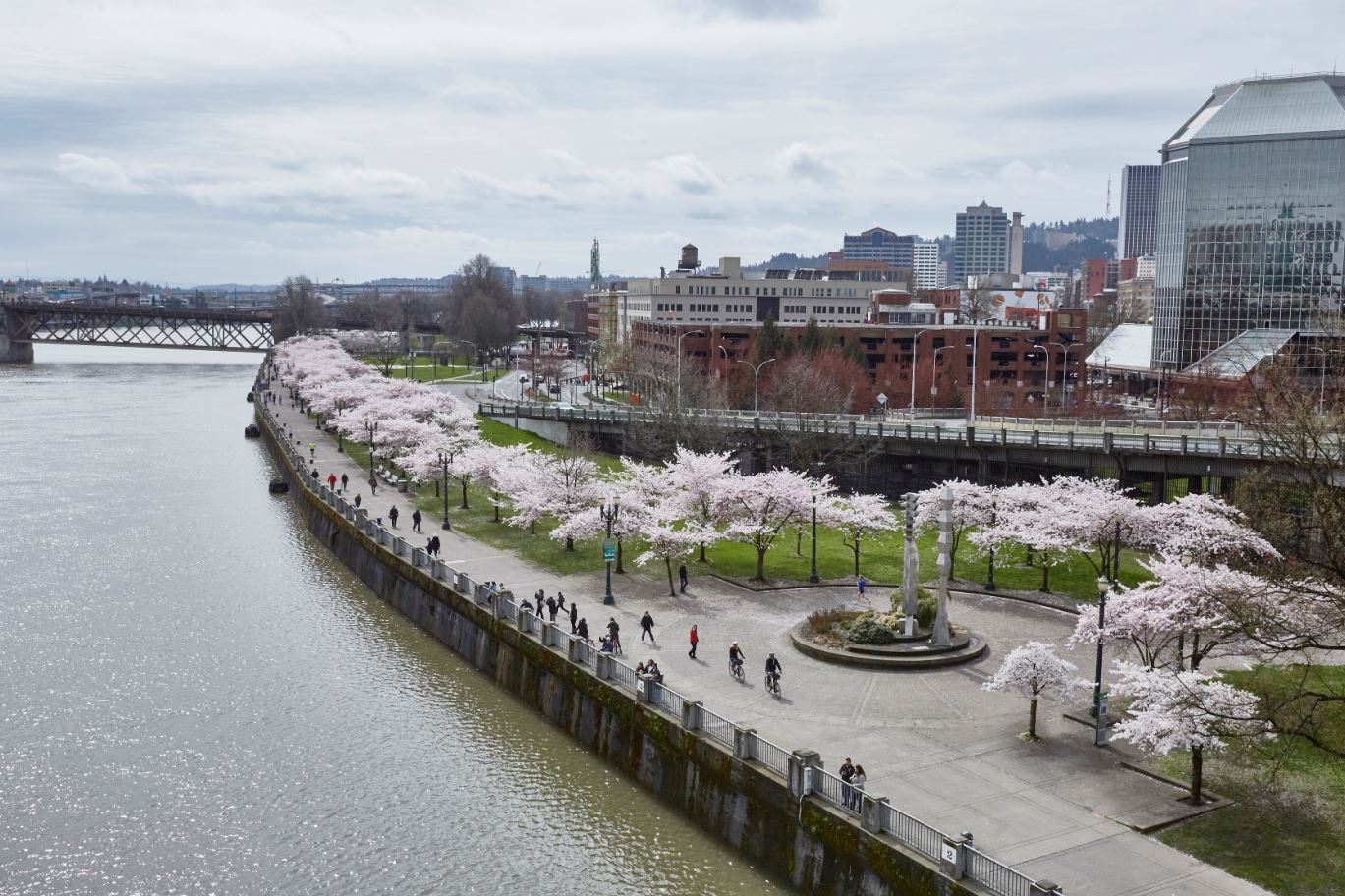 Cherry blossoms in full bloom at the Portland waterfront. by travel oregon

Japanese American Museum of Oregon
Portland, Portland Region
Is any of the information on this page incorrect? Suggest an update
Ready to hit the road? Bring our travel magazine along.