What remains of the town of Boyd can be seen by driving south from The Dalles nine-and-a-half miles on U.S. 197. The few homes, some outbuildings, and an abandoned grain elevator are reminders of the once-vital community of 150 to 200 people.

By 1854, Daniel Bolton had settled in the area of Fifteenmile Creek and was raising wheat on the creek bottomland. Other settlers soon arrived and planted wheat in the uplands.

During the 1863 gold rush in eastern Oregon, miners and freight wagons left The Dalles every day, bringing supplies south across Fivemile and Eightmile creeks, climbing Ward Hill, and dropping down to Eleven Mile House, an inn providing accommodations and services to travelers.

In the 1880s, George Barnett built a store on the bluff between the present-day bridge and the grain elevator. T.P. Boyd and his sons bought and operated a flour mill during those years, and a post office, named after the family, was established in 1884.

In 1889, Hank Southern bought the general store and moved it half a mile north. The town of Boyd developed at that location and was platted in 1895. A school was built and, later, a church that shared a minister with the Dufur Methodist Church.

The Great Southern Railroad began operation in 1905, carrying passengers, freight, mail, and wheat through the town. But in 1923, The Dalles-California Highway bypassed Boyd, and it became more convenient for travelers to shop in Dufur and The Dalles. The small town began its decline. 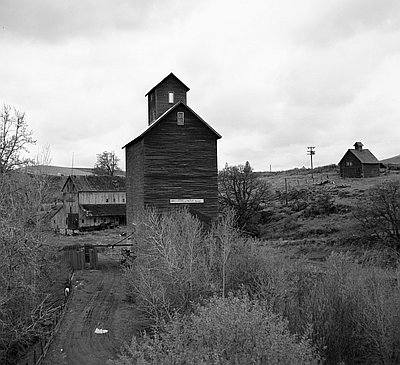 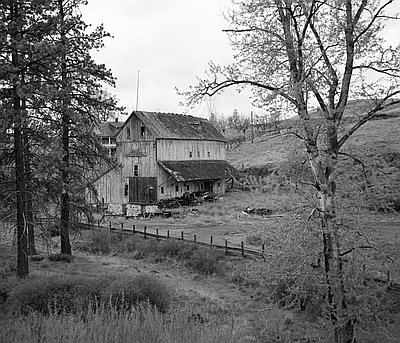 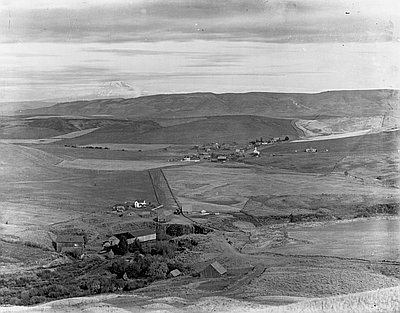 Aerial view of Boyd showing Boyd roller mill and 15-Mile Creek in foreground and Mt. Adams in distance, 1903. by Elmer Underwood, courtesy Oreg. Hist. Soc. Research Lib., bb006484
Is any of the information on this page incorrect? Suggest an update
Ready to hit the road? Bring our travel magazine along.