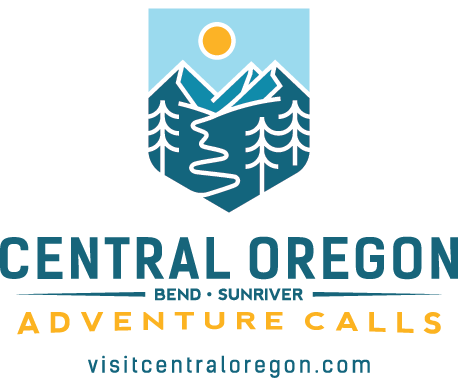 Adventure is different for everyone, and in Central Oregon, you can find your own — from lava flows, desert terrain and mountain lakes to breweries, shopping, and luxury resorts. You truly are in the center of it all. Get inspired and plan your next vacation at VisitCentralOregon.com.

Framed by soaring volcanoes to the west and windswept steppes to the east, Central Oregon by nature is a place of contrasts. Ski slopes become trout streams come summer. Forests collapse into canyons. Everywhere you look, the land rises and falls into something unique and new. That kind of harmony inspires a special kind of business, too, where art and skill create a demand for extraordinary work. Today, Central Oregon’s maker scene goes far beyond the remarkable beverages that so many know, and a new video series aims to highlight the folks behind it. Here are snapshots of a few craftspeople harnessing their passions to bring wonderful sounds and flavors to the state.

As a kid who loved BMX bikes, Scott Seelye had a major advantage over the other 15-year-olds thrashing around the track. He called it the slingshot, a front derailleur system he fashioned for himself out of other bike parts. “I’d hit that first jump in one gear and land in the second,” says the 46-year-old industrial designer. “By the time I hit the ground my wheels were going faster than when I left.”

Decades later, Seelye is still finding unique ways to use materials. His latest venture, Outdoor Ukulele, is a company and shop based in northwest Bend that makes high-quality, supremely durable stringed instruments out of high-tech components. After years of working in the aerospace industry, Seelye figured out what many manufacturers had believed to be impossible: how to turn a composite polycarbonate into a moldable liquid that would flow fast enough and set thin enough to produce the body, neck and head of a musical instrument. To do it, he must inject the heated plastic into a mold at the speed of sound.

Today Outdoor Ukulele has a cult following. It produces 16 instruments a day, from tenor ukuleles to “banjoleles,” an instrument with a banjo-style body and a ukulele neck that was popular in the early 1900s. Each sounds as close to a wood instrument as it can be but is far less fragile, making it the instrument of choice to take camping or on river trips. The instruments are known for holding up well — and keeping their people happy — under extreme conditions: from backpacking on the Pacific Crest Trail and climbing Mt. Kilimanjaro to paddling down the Amazon River and voyaging in the Arctic. Other companies may make 10,000 instruments a day, but Seelye has no interest in that kind of scale. “You can think of it like cars,” he says. “Hyundai will sell a lot, Audi and Porsche, not so many. We’re happy to compete on quality in our area.”

Quality is something Jeff Johnson knows well. Walk into the Sisters Meat and Smokehouse in Sisters and you can instantly smell the former fire chief’s expertise: smoke. “When you fight fire, air control is important,” says Johnson, 59. “We control the air pressure to make sure you get a whiff of that irresistible smoke.”

Mesquite. Alder. Oak. Landjäger. Kielbasa. Brats. This is the butcher your grandparents knew, an artisanal workshop where the masterpieces look as good as they taste. “Because we make what we sell, we don’t have waste,” says Johnson. “If a steak isn’t perfect, it comes out and it’s pepperoni the next day. We don’t have to do all the tricks people need to do to make three-day-old meat look fresh.”

The business is really a chapter in a long family story, and it hinges on the ties that bind Johnson to the Wallin brothers, Wade and Brody, who are third-generation meat masters. They all grew up in Southern Oregon and by marriage and blood grew close over the years. When Johnson retired in 2010, he moved to Sisters and Wade and Brody soon followed. Wade is the “samurai,” the guy who studies the cuts while Brody knows what to do with them, Johnson explains. For years, the brothers would give him Christmas gift baskets full of meat that left him salivating through summer. He suggested they bring their gift to the masses.

And so the shop was born with the three of them as partners. “The most important thing I learned out of fighting fire is how to treat someone when they don’t have a choice,” Johnson says. “You learn to have very sharp receptors for what people care about and what matters. For me, I love the people that work in that shop and come through the door. I’m really a servant at heart.”

As a member of the Confederated Tribes of Warm Springs, Kelli Palmer puts great importance on passing down tradition. The master basketweaver learned the art of creating baskets from corn husks and other natural materials from her mother.

“It was a connection with my mom, and in turn that was her connection with her mom,” says Palmer, who grew up on the Warm Springs reservation and is a combination of Warm Springs, Wasco, Paiute, Shoshone, Yakama and Hoopa tribes. “It’s that love that my mom has shown me for the baskets that’s been instilled in me,” she adds, “and I appreciate the art work the hard work that goes into them.”

Palmer is inspired by the beauty of Warm Springs and says the changing seasons contribute to the colors and patterns in her baskets. “The colors are beautiful and the landscape is different everywhere you go,” Palmer says. “Warm Springs means home to me in the sense that this is where I grew up; it’s a place of culture and beauty.”

As a native artist, Palmer hopes to help preserve this special part of her culture. She often shows her work along with other local artists at places including Central Oregon Community College and Oregon Folklife Network, and hopes to inspire visitors. “I’m hoping for that one person that’s going to carry it on,” she says. “I want to find maybe a handful of people like that in my lifetime.”

Tim Neville
Tim Neville is a writer based in Bend where he writes about the outdoors, travel and the business of both. His work has been included in Best American Travel Writing, Best American Sports Writing and Best Food Writing, and earned various awards from the Society of American Travel Writers and the Society of Professional Journalists. Tim has reported from all seven continents and spends his free time skiing, running and spending time with his family.