Nature Escapes in the Tualatin Valley 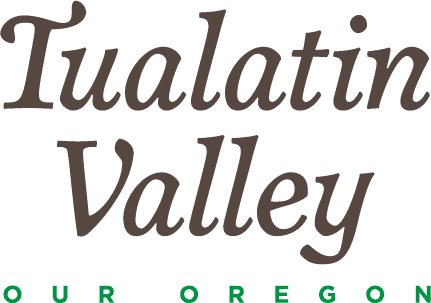 Editor’s note: Face coverings (ages 5 and up) are required at all indoor and outdoor public spaces statewide, regardless of vaccination status. Learn more here. It’s also wildfire season — plan ahead and do your part to prevent wildfires.

Just a few miles west of Portland, the first thing you notice about the Tualatin Valley is just how quiet it is — a place you can still hear birdsongs amidst the white noise of highway traffic and other city sounds. Sandwiched between the Coast Range to the west and the Tualatin Mountains to the east, the valley is home to numerous nature escapes that betray its close proximity to Oregon’s biggest city.

It’s not uncommon, for instance, to hear black-tailed deer rustling brambles and bushes in search of their next meal, or the rapid-fire fluttering of bats flying overhead at a brand-new national wildlife refuge. Nor is it rare to hear river otters plopping into the Tualatin River or the chattering of songbirds on their annual migration.

The Tualatin Valley hosts waterways, wetlands, forests and plenty of solitude when you just want to get away to someplace quiet, any time of year. Here’s some inspiration for your next trip.

Nature Walk in a Historic Marsh With Native Wildlife

Wapato Lake National Wildlife Refuge is now open for visitors after years of planning and restoration work. In one sense, it’s a new beginning for the refuge; in another, it’s the latest chapter in an ongoing story that will shape how visitors engage with (and understand) the historic Wapato Lake for years to come. (Call ahead to see if the Visitors Center is open.)

As recently as the 1850s, the Atfalati tribe of Kalapuya people lived around the marsh — hunting, trading, and harvesting wapato, a bulbous plant endemic to wetlands and an important food for area Native American communities. But disease, harassment and encroachment (all of which arrived with the area’s first European settlers) soon forced the Atfalati to sign the Kalapuya Treaty of 1855, ceding their land to the U.S. government and moving onto a reservation as part of the Confederated Tribes of Grand Ronde.

Roughly a century of farming around the lake followed, and the U.S. Fish and Wildlife Service has been managing the lake as part of the Tualatin River National Wildlife Refuge Complex since the early 2000s. Today that includes restoration work that will eliminate invasive plant species and bring native plants (including wapato) back to Wapato Lake.

The restoration is ongoing, but there’s plenty to see today: A 5-mile levee surrounds the lake, 1 mile of which is a peaceful year-round path open to hikers of all abilities — and which shows off the refuge’s marshland, wetlands and forest. Waterfowl populations flock to Wapato Lake each fall and winter, and more than 150 species of birds have been seen at the refuge throughout the year (including tundra swans and tree swallows). Elsewhere, frogs, turtles, bats and deer call the area home.

Todd McKinney, visitor services park ranger for the Tualatin River National Wildlife Refuge Complex, says interpretive panels along the trails explain Wapato Lake’s past and present for additional context. Bring your binoculars, brush up on your bird-spotting skills and enjoy a quiet picnic lunch. Always pack out what you pack in, leave your pets at home and stay on designated trails to preserve the sensitive habitats.

Scenic Paddle Along 39 Miles of River Close to Town

In October 2020, the Tualatin River joined an exclusive list when it was designated a National Water Trail — becoming just the fourth such water trail in the Pacific Northwest and the second in Oregon (joining the Willamette River Water Trail, which courses through the Willamette Valley).

The designation applies to the entirety of the 39-mile navigable stretch of Tualatin River as it ambles lazily from Hillsboro, passes through the city of Tualatin and empties into the Willamette River — and it reflects the put-in and take-out spots, parks and attractions along its shore that make paddling the Tualatin such a special experience.

Along the way, paddlers might spy river otters, deer, great blue herons and other wildlife. The slow-moving river is great for beginners and families and doesn’t feature strong currents, but paddlers should have a properly fitting life jacket, keep an eye out for downed trees and hazards, and know their mileage and fitness limitations before getting on the water. Here are more river-safety tips to keep in mind. Before you go, make sure to purchase a required waterway access permit. You can download a water trail map and request a free paddler’s guide to plot your route.

Kayak, canoe and stand-up paddleboard rentals (as well as private tours and guided trips) are available from Alder Creek Kayak, Canoe, Raft & SUP in Tualatin and Tualatin Riverkeepers at Cook Park in Tigard. Rentals are seasonal, so check with your preferred outfitter to ensure they’re open before heading to the river (especially if visiting September through May).

Nearby Eats: If you need a post-paddle pint, Stickmen Brewing Company boasts a beer hall just 2 miles from Tualatin Community Park, a popular put-in and take-out spot along the water trail. Stickmen’s pub serves wood-fired pizzas alongside 28 taps of house-brewed beers. The pub also hosts a patio with plenty of outdoor seating.

Matt Wastradowski
Matt Wastradowski is a travel and outdoors writer living in Portland, Oregon. He’s written about the outdoors, craft beer, history, and more for the likes of Outside, the REI Co-op Journal, Willamette Week, 1859, and Northwest Travel & Life.