On a brisk Saturday evening, throngs of green-clad Portland Timbers fans descend on the Providence Park soccer stadium in Southwest Portland. Inside, the noise is deafening as the masses jump, chant, sway and sing with abandon. The percussive thunder of their stomping feet reverberates throughout the stadium. It’s 15 minutes before kickoff and the atmosphere is electric.

The epicenter of this cacophony is the Timbers Army — the club’s most fanatical supporters — seated behind the stadium’s northern goal. Their united earsplitting roar drowns out the stadium announcer as he reads the starting lineups. In this assembly, one man stands apart, inciting the frenzy. This is Timber Joey, the team’s chainsaw-wielding mascot.

Joey Webber grew up in Philomath, where he witnessed the timber industry’s collapse during the 1990s, which dramatically affected rural Oregon communities. Motivated by these changes, Webber enrolled in his high school’s forestry program, where he received instruction and hands-on experience in occupational safety, logging techniques, tool selection and sustainable forest management. 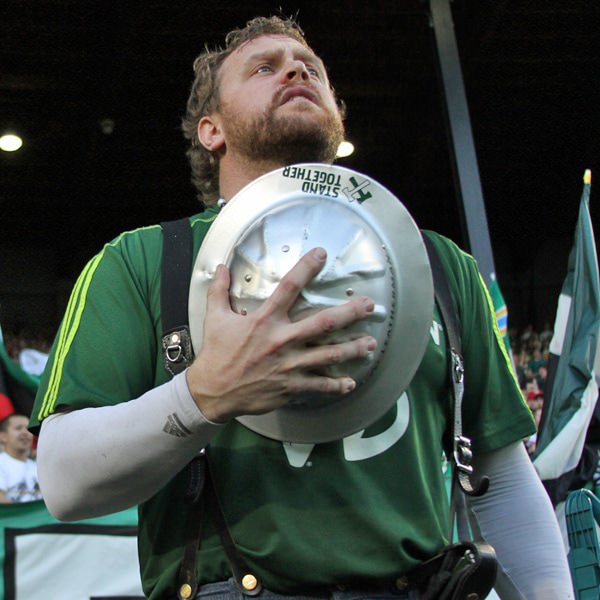 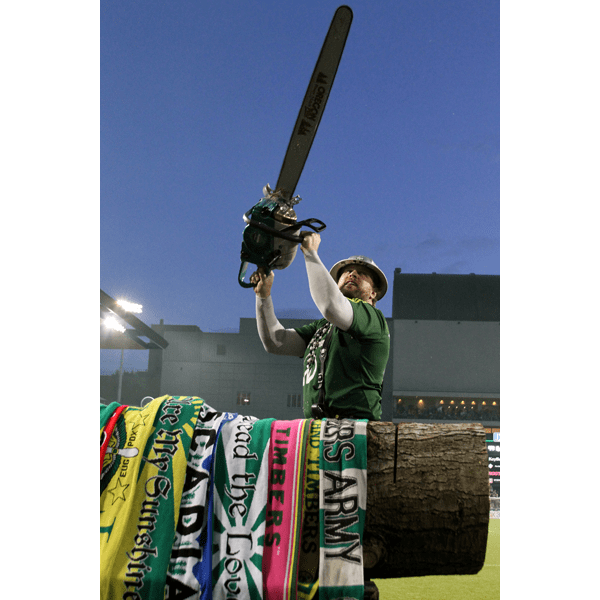 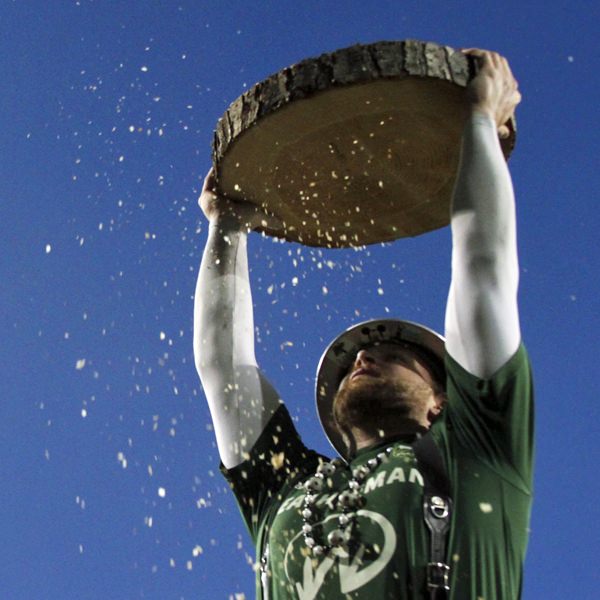 Timber Joey is not the first Timbers mascot with ties to the logging community. He is following a trail blazed by the team’s original mascot, Timber Jim (real name Jim Serrill), a professional logger and soccer fan who in 1978 asked the team’s owner if he could bring his chainsaw to games. The owner agreed, and Timber Jim was born; he entertained Timbers fans in that capacity until the team folded in 1982. When the Portland Timbers were reformed in 2001, Timber Jim returned, becoming as much a part of the game day experience as the team on the field.

When Webber attended his first game in 2004, he was immediately captivated by Timber Jim.

“I saw Jim come out of the rafters,” Webber says. “He came out on the field after we scored and cut a slab of wood. It reminded me of home so much that I really fell in love with his act. After that, I fell in love with the team and the sport.”

When Timber Jim announced his retirement at the beginning of the 2008 season, Webber decided to step up. He contacted everyone he knew directly or peripherally associated with the Timbers’ front office to get his foot in the door, and he eventually secured an interview. Webber was selected as one of three semifinalists for the position and he was offered a three-game tryout. After impressing the Timbers management, he was asked to perform at three more games and ultimately proved himself. Webber was officially introduced as the Timbers’ new mascot on June 14, 2008.

Today, Webber considers Serrill a close friend and mentor. The men speak every week to share successes and offer advice. Webber sees his work — on the field and in the community — as a continuation of Timber Jim’s legacy as the “liaison of love” between the team and its fans.

Portland, Portland Region
Is any of the information on this page incorrect? Suggest an update
Ready to hit the road? Bring our travel magazine along.