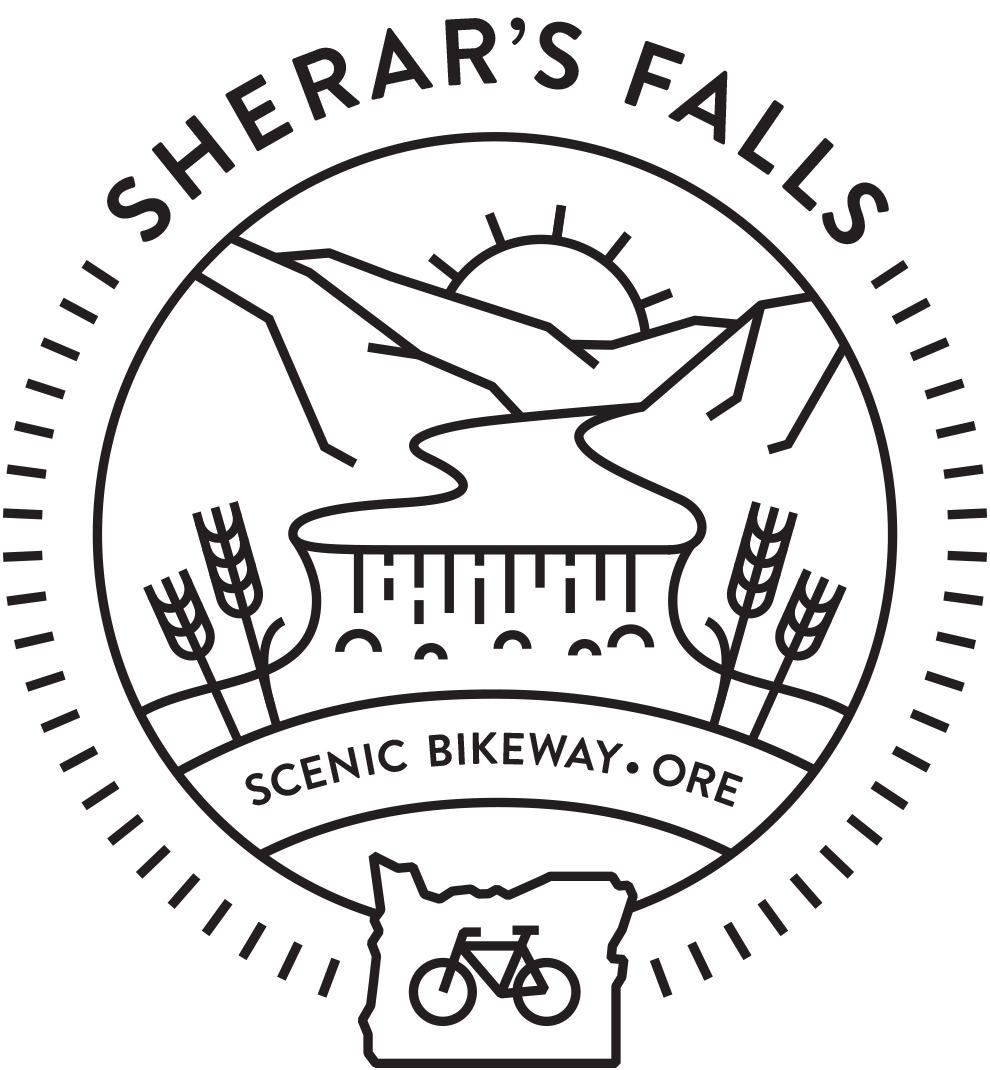 Up close and personal with the Deschutes River.

Oregon Scenic Bikeways, Ride Ambassador
Length 33 Miles
Difficulty Moderate i
A ride that’s not for complete beginners but won’t
be a major undertaking for those who ride regularly.
Varying levels of traffic, and could include some
hills, but nothing overly long or steep.
Nearby cities: Maupin, Tygh Valley, Wamic, Kent, Grass Valley
View on Ridewithgps.com Map & Cue Sheet

Roads get paved for all kinds of reasons, and have been for a long time. As a road cyclist, sometimes you get lucky when this happens – all of a sudden, boom, you have a new, really great road to ride. Oregon’s newest Scenic Bikeway showcases a beautiful stretch of road that pavement has made accessible to the skinny-tire crowd.

For decades, the town of Maupin has served as a focal point for adventurers rafting the Deschutes River. The town itself is friendly, walkable and brimming with eating and drinking opportunities. On the river, a series of whitewater drops, punctuated by slow and tranquil floating, makes for a trip that’s both invigorating and relaxing. And, historically, rafters were transported back to town via the dusty dirt road paralleling the water.

But then that road got paved. And now we have a Scenic Bikeway that includes it.

Sherar’s Falls Scenic Bikeway forms a topographically diverse loop that encircles the high-desert canyon of the Deschutes, along with some expansive open prairie to the river’s west. It’s not for nothing that this part of north central Oregon is known as the River Canyon Country.

The 33-mile route starts at the shady oasis of the city park in Maupin, and you’re saving the best for last. You immediately climb up through town and onto the high plateau between the Deschutes and White rivers. Don’t forget to look back once in a while as you ride up, to catch glimpses of the Deschutes below as it bends and rolls.

After gaining about 1,000 feet, your reward is a long swooping slide down a rock sidewall, dropping into Tygh Valley as you try to focus on the road ahead, not the multi-hued rock formations surrounding you. After you reach the valley, turn off the highway and enjoy a meandering cruise along the base of the hillside, and cross the White River.

Once you cross Highway 197, negotiate a pleasant rolling-but-generally-flat section as you come up on White River Falls State Park, which is most definitely worth a short side trip for a short walk to the 90-foot falls that tumble over a basalt shelf. Then, back on the road, crest a small climb and take a plunge yourself – 500 feet down to the Deschutes riverbed.

From here to the finish you’ll be following the river’s course through the canyon – first on the western bank, then crossing to the other side, where you’ll encounter the Bikeway’s namesake, Sherars Falls, where Native Americans fish for salmon as they have for thousands of years: from wooden scaffolds using traditional dipnets and setnets.

One of the best things about this ride is that it’s enjoyable at many different times of the year. Spring and fall are optimal; in spring the wildflowers include yellow arrowleaf balsamroot and purple lupine. It gets pretty hot here in the summer – but there’s always the chance to have a dunk in the river on a scorcher of a day. It’s even fun to ride here on some winter days when the rest of the state is besieged by rain or snow; this area is tucked into the protective rain shadow of the Cascades, enjoying 300 days of sunshine a year and less than 6 inches of annual rainfall.

But no matter when you ride this Scenic Bikeway, be sure you pause for a moment at some point and give a little thanks for pavement.