For lovers of Oregon’s outdoors, no job is more romantic than that of a fire lookout. To live atop a mountain, surveying hundreds of miles of forest and peaks from a cozy glass hut is simplicity itself.

The problem is that most of us don’t have months to devote to searching the forest for puffs of smoke, and anyway, the job is gradually being taken over by cameras.

Yet this fantasy can still be lived out by renting one of the historic fire lookouts the U.S. Forest Service opens to the public during select months. These mostly decommissioned lookouts, found on mountaintops across the state, offer some of Oregon’s most unique overnight trips for $40 to $80 per night.

Just don’t expect luxury. Built in the early 20th century, most lookouts have no running water, flushing toilet or even electric lights. In most cases, you’ll find nothing more than a bunk, chairs, a table and an outhouse. Visitors bring their own water, bedding, cookware, stove and lantern. Most lookouts only have one bed, so anyone who doesn’t make the cut will sleep on the floor or on cots.

The drive often follows rough and occasionally hair-raising Forest Service roads. You may need to carry your gear up a steep trail or set of stairs.

That’s not even the biggest obstacle. Lookouts have become so popular that getting a night requires making reservations exactly six months in advance on the website Recreation.gov. If you want to stay at a lookout on July 15, for example, then you better be online around midnight on January 14. Multiple attempts will likely be required, especially if you’re seeking weekend dates.

The hassle is worthwhile, of course. Watching the sun rise and set over a vast wilderness from your own personal kingdom is a bucket-list experience. There’s a good chance you’ll leave wishing you could spend the entire season perched above the rest of the world.

Here we highlight a few lookouts around the state — including options appealing to families, casual hikers and those seeking greater adventure. 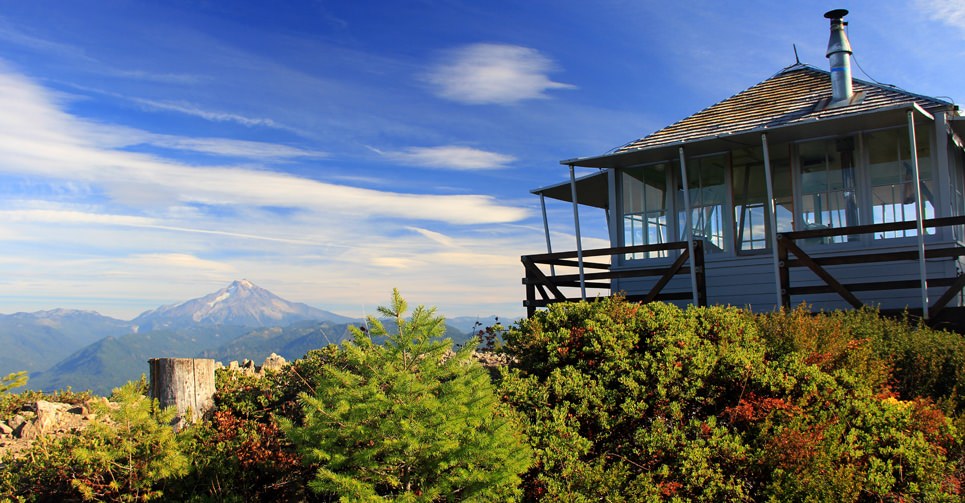 GOLD BUTTE LOOKOUT: Every Cascade peak from Mt. Hood to the Three Sisters is visible from this lookout, which was active during World War II as a station for spotting Japanese air attacks. A trip to Gold Butte requires carrying your gear a steep 0.75 miles, with 400 feet of climb, to the lookout. Located north of Detroit, the access road is very rough but doable for low-clearance vehicles. Dates open for rental: June 27 to October 15 (Photo by Zach Urness) 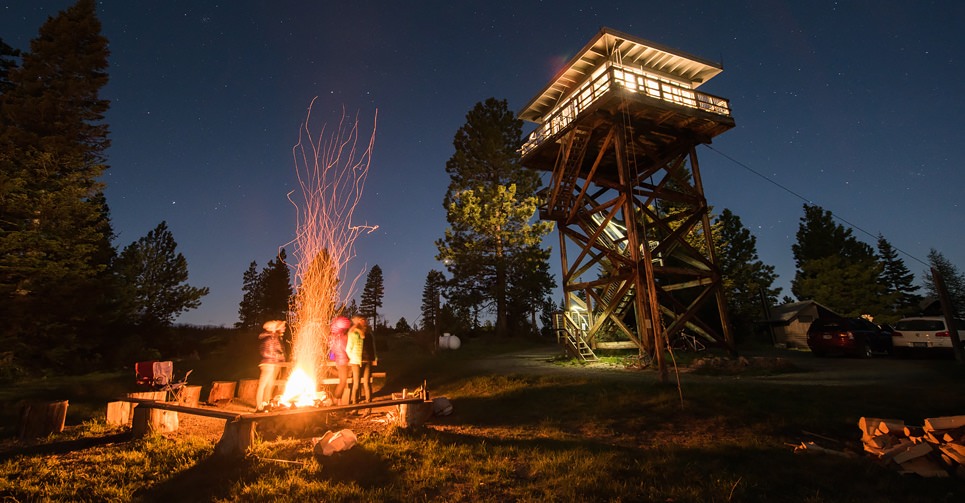 FIVEMILE BUTTE LOOKOUT: Views of Mt. Hood and nearby recreation opportunities make this lookout worth visiting, but what makes it unique is that it’s open during both the winter and summer months. In summer you can drive to this 40-foot-high cabin surrounded by a catwalk and multiple trails. In winter it’s a 3-mile trip to the lookout on skis, snowshoes or a snowmobile from Billy Bob Sno Park. Dates open for rental: year-round (Photo by Isaac L. Koval) 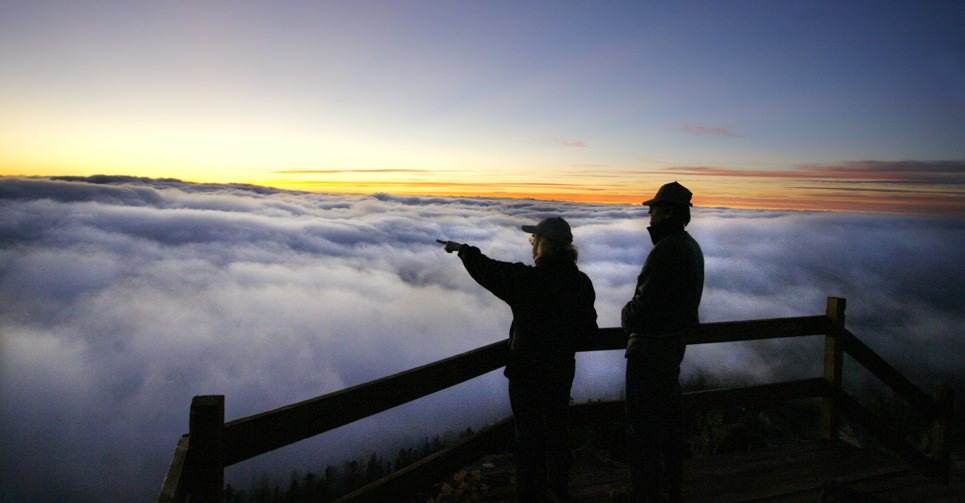 BOLAN MOUNTAIN LOOKOUT: The multicolored peaks of the Siskiyou Mountains take center stage at this remote lookout southeast of Cave Junction. From the wraparound porch atop 6,242-foot Bolan Mountain, you can view the bright-orange mountains of the Kalmiopsis Wilderness, the silver-gray peaks of the Siskiyou Wilderness and the crimson mounds of Red Buttes Wilderness. Driving up an exposed, rough, gravel road is necessary to reach the lookout, but no hike is required. High-clearance vehicles are recommended, but passenger cars can make the trip. Dates open for rental: July 1 to October 1 (Photo by Zach Urness) 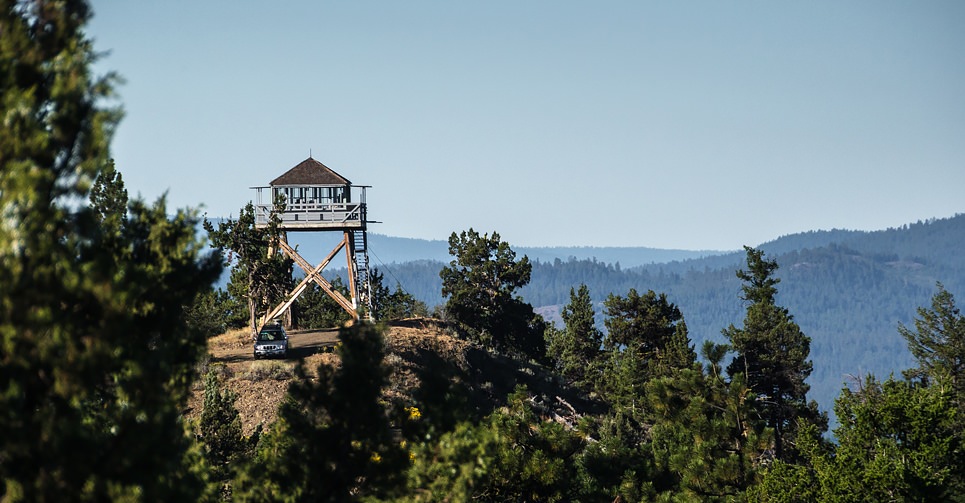 FALL MOUNTAIN LOOKOUT: If fire lookouts were awarded stars for luxury, Fall Mountain would easily earn five. Not only does it feature panoramic views that stretch across Eastern Oregon’s Strawberry Mountains, but it also has a futon bed, electricity, a stove and a refrigerator. The drive south from John Day follows rough roads but is open to passenger cars. No hike is required. Dates open for rental: May 16 to October 31 (Photo by Dan Sadowsky) 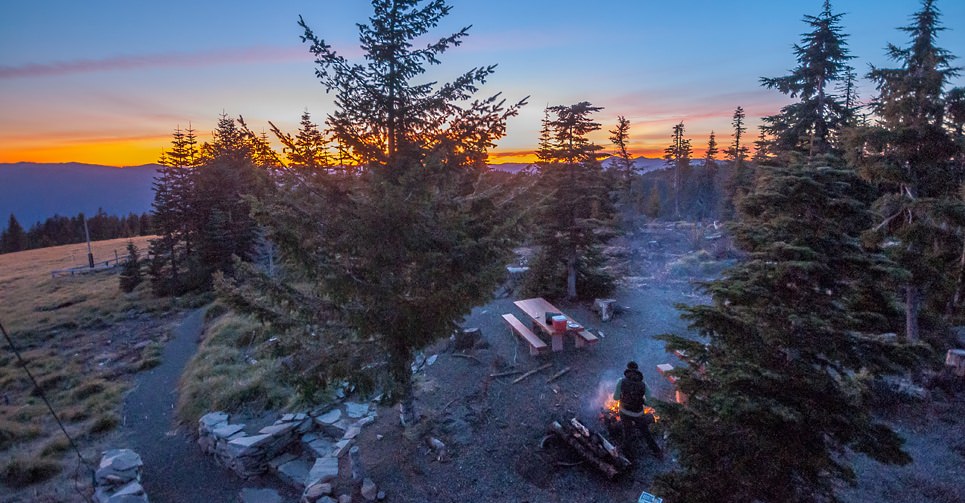 WARNER MOUNTAIN LOOKOUT: The reward for a challenging journey through the snow is access to this warm and cozy abode deep in the mountains southeast of Oakridge. The lookout is carpeted, with propane-powered fireplace, stove and lights. Views of Diamond Peak can be enjoyed from inside the cabin or its surrounding catwalk. Staffed by the Forest Service during summer, the lookout opens in late autumn for rental to those able to ski, snowshoe or snowmobile 2 to 10 miles up steep snow-covered roads (depending on conditions). Dates open for rental: November 1 to May 15 (Photo by Tom Jeanne) 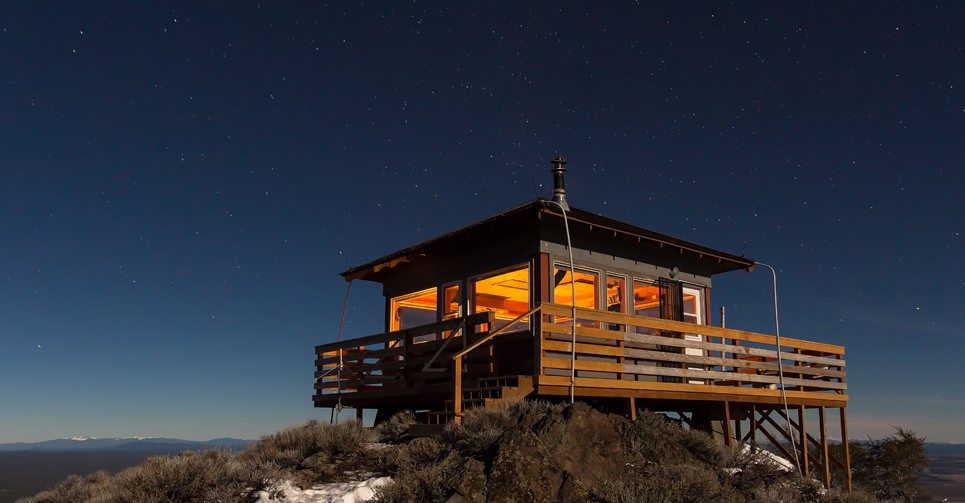 HAGER MOUNTAIN LOOKOUT: A night at Southern Oregon’s Hager Mountain Lookout feels like a trip back in time. The lookout, perched on the edge of the high desert northeast of Klamath Falls, features a wood-burning stove and no modern amenities. Visitors must carry their gear uphill, through old-growth ponderosa forest, to the mountain’s 7,195-foot summit. The ability to route-find and the fitness to ascend 2,200 feet in 4 miles is required. The lookout has three bunks, offering more places to sleep than most lookouts. Dates open for rental: November 15 to May 15 (Photo by  David Inscho) 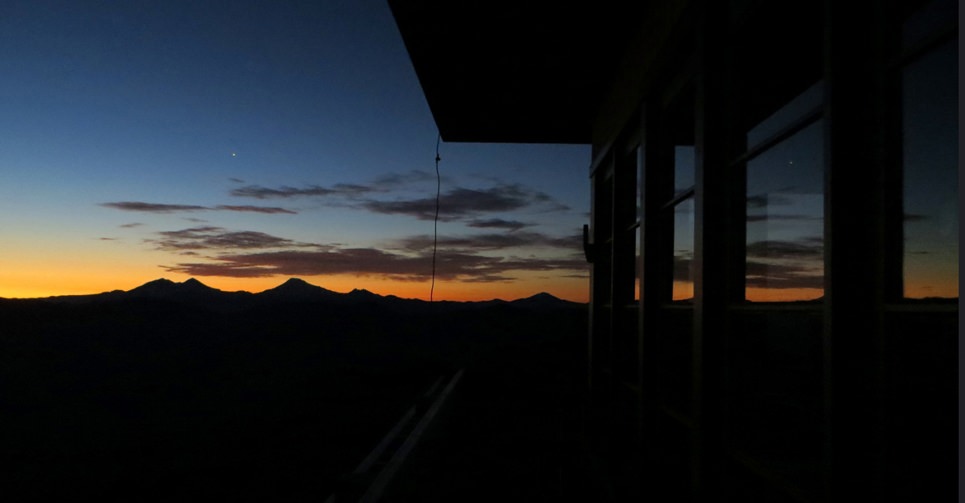 INDIAN RIDGE LOOKOUT: This lookout sits 40 feet above ground and provides up-close-and-personal views of the Three Sisters from the McKenzie Pass area east of Eugene. From a ridge covered in wildflowers and huckleberries during summer — and named for a Native American hunting trail that runs along the summit — visitors must climb 30 steep and narrow steps to access the cabin. The drive is rough but open to passenger cars. Dates open for rental: July 1 to October 16 (Photo by Carolyn Ganus)

Zach Urness
Zach Urness is the outdoors editor at the Statesman Journal in Salem and the author of the book "Hiking Southern Oregon." His work regularly appears in USA Today, the Seattle Times and many other periodicals.