Inspired by the Rogue Valleys natural beauty and bounty, RoxyAnn Winery was founded in 2002 at the historic Hillcrest Orchard in east Medford. One of Southern Oregons oldest orchards, Hillcrest Orchard has been directed by members of the Parsons family since 1908. The winery name RoxyAnn comes from the earliest settlers who laid claim to the most fertile portions of the Rogue Valley in the 1850s and named the tallest mountain peak after a pioneer woman named Roxy Ann Bowen. Her land claim stretched from the vicinity of present day Rogue Valley Medical Center in Medford to the foot of Roxy Ann Peak. Roxy Ann Peaks summit rises 2,000 feet from the valley floor and is the northernmost peak in a twenty-mile long, northwest/southwest trending ridge system that parallels the contact between the older sedimentary rocks of the valley floor and the younger volcanic deposits.

Jack Day, grandson of Hillcrest founder Reginald Parsons, saw the potential of grape growing on the historic Hillcrest Orchard and armed with the vision of an artisan farmer and a Harvard MBA, oversaw the planting of the original 20 acres on the southwest slopes of Roxy Ann Peak in 1997; where the propertys shallow, limestone-clay soils and southern solar exposure seemed ideally suited to producing Bordeaux style varietals.

In 2001, the first harvest of grapes at RoxyAnn produced only 150 cases of a proprietary red Claret that was a blend of Cabernet Sauvignon and Merlot; with the entire production selling out in two weeks. Today, RoxyAnn Winery produces nearly 15,000 cases of award-winning Claret, Pinot Gris, Merlot, Cabernet Sauvignon, Cabernet Franc, Tempranillo, Syrah, and Viognier that reflect balance, complexity and profound depth of flavor.

Our winemaking, under the direction of veteran winemaker, Kent Barthman, relies upon a balanced and skilled process that strives to fully express the unique attributes of the vineyard in every bottle of wine. 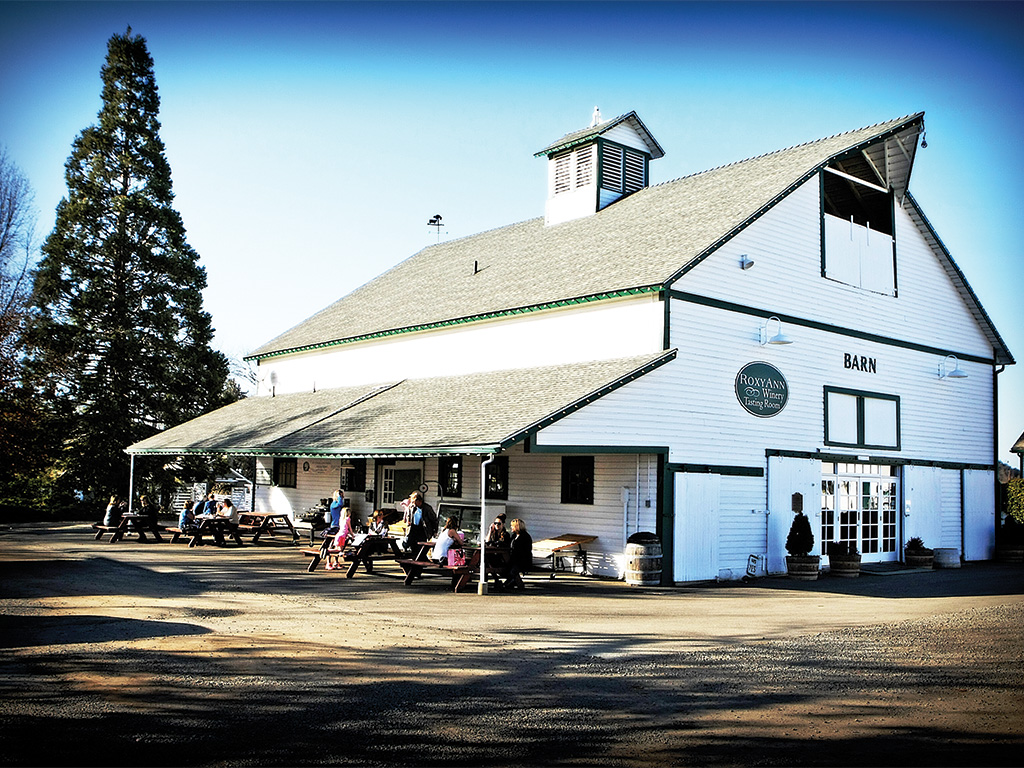 Image Courtesy of RoxyAnn Winery
Is any of the information on this page incorrect? Suggest an update
Ready to hit the road? Bring our travel magazine along.