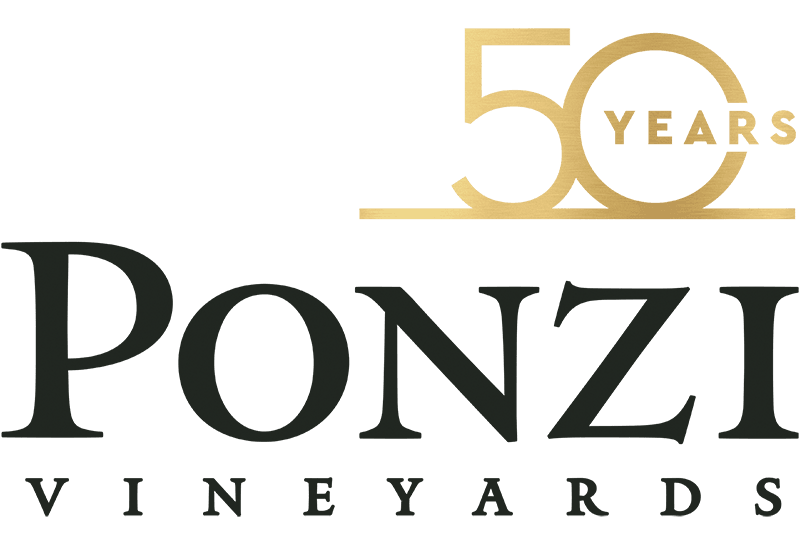 Sister-owned Ponzi Vineyards is a founding Oregon winery celebrating its 50th anniversary this year. The winery and tasting room are located just 20 miles outside of Portland. Guests can enjoy world-class pinot noir and chardonnay while taking in the breathtaking vineyard and valley views.

Editor’s note: Face coverings (ages 5 and up) are required at all indoor and outdoor public spaces statewide, regardless of vaccination status. Learn more here. It’s also wildfire season — plan ahead and do your part to prevent wildfires.

Nestled in the picturesque Willamette Valley between the Cascade Mountains and the Oregon Coast Range, Ponzi Vineyards celebrates 51 years of trendsetting winemaking this in 2021 — a feat accomplished by only a handful of Oregon wine pioneers. With a focus on sustainability — including a remarkable tiered, gravity-powered facility —  and a commitment to terroir-driven winemaking, the venerable second-generation winery has proven itself an indelible member of Oregon’s wine scene.

Here is Ponzi’s story, and how to escape for a wine-country visit any time of year.

Founders Dick and Nancy Ponzi moved to Oregon from California in the late 1960s with the goal of starting a vineyard. At the time, Oregon wasn’t known for wine, or beer, or really much else in the culinary world. American wines were all about the California cabernet. But the Ponzis had fallen in love with French wine, particularly the nuanced and elegant pinot noir of Burgundy. Like what many others would discover in the following years, they realized that Oregon would be the perfect climate for the grape with its relatively cool climate, sweeping hills and volcanic soil.

The couple founded their first vineyard in 1970 in Beaverton, planting grapes like pinot noir, riesling, and pinot gris with the help of their daughters, Anna Maria and Luisa, who were just barely out of their toddler years. They would take trips to Burgundy, gathering advice from its practiced winemakers, and in 1974 Ponzi had its first vintage, just about 100 cases. It was released in 1976, and they brought it to nearby Portland. However, while a few establishments at the time recognized Ponzi and its contemporaries as something special, most restaurants were more interested in French or Californian wines.

With no real distribution or marketing but plenty of collaborative spirit, Ponzi and fellow Oregon vintners turned to cities like New York and San Francisco. Oregon wine started to get some attention. Then in 1985, Ponzi got some very helpful press — the Wine Advocate compared their pinot noir to the finest of Burgundies. A few years later, Joseph Drouhin, a world-famous Burgundian producer, moved to the Willamette Valley, drawing even more attention to the emergent region.

As the winery grew, it always focused on two major pillars: consistency and education. It wasn’t enough to have a standout wine in 1985; one had to produce stellar wines each year. And to help educate the public on these new-world wines, Ponzi lobbied the state to allow tasting rooms, which remain a staple of the Willamette Valley today. And as the winery grew, so did the children — Luisa, having studied in Burgundy, became the head winemaker, one of the first female winemakers in the state. Anna Maria became director of marketing and sales, while their brother, Michel, handled operations.

In 2008 the winery moved from its original location to a hilly area just outside of Sherwood. The move afforded Dick, a lifelong engineer who once worked as a Disney Imagineer, the opportunity to create his dream: a gravity-flow winery. The design sees 30% of the winery underground, with all operations flowing from one floor down to the next. Workers bring the fruit into the first level, where it is crushed in whole clusters, the juice is then sent down for fermenting. The third level is the barrel room, where the wine spends most of its time. Once it’s ready for bottling, it’s sent down to the bottom-floor warehouse.

Beyond the gravity-flow system, the winery is also certified as low-input viticulture, or LIVE, a distinction that focuses on environmental protections and sustainable production methods. Ponzi also employs its own team for production, rather than relying on seasonal or intermittent workers; some workers have been with the company for 15 or more years. Everything is performed manually, including the harvest.

In 2012 the winery transitioned ownership over to Anna Maria and Luisa, with Anna Maria as president and director of marketing and sales, and Luisa continuing as winemaker. (Read more about Anna Maria’s story in her memoir, “Pinot Girl: A Family. A Region. An Industry.”) The winery continues to grow and maintain its values of consistency, education and serving the terroir and elegance of the Willamette Valley.

Visit Ponzi’s tasting room in Sherwood, open year-round. The wide patio presents a stunning view of the surrounding hills, and guests can sample the many wines of Ponzi while enjoying fireside seating, playing games of bocce ball or just taking in the landscape.

Those who want a more in-depth look at the winery can book a tour of the remarkable facilities, which includes a history of the winery and its winemaking philosophy. Visitors can also enjoy curated flights of wine along with charcuterie and other snacks. Consider indulging in the Willamette Valley Lunch, a three-course meal paired with selected Ponzi wines.

Alex Frane
Alex Frane is a native Oregonian, having grown up in Portland before attending the University of Oregon in Eugene. Back in the Rose City, he writes about local restaurants, bars, culture and industry. In his free time he enjoys roleplaying games with his friends, petting cats and arguing about peak TV.