One of the only all-women-run distilleries anywhere, Freeland Spirits in Portland shows that the future of craft spirits is fierce.
JD Shadel,  Author
NashCO Photo,  Photographer
Advertisements

Master distillers rarely talk about the origins of the ingredients they use, let alone do they know the producers on a first-name basis. But the team behind Portland-based Freeland Spirits does almost everything differently. When Molly Troupe talks about what goes into each gorgeous bottle of her gin and bourbon, she sounds more like a winemaker musing about terroir than a typical distiller.

“Oregon is blessed with a lot of great fresh ingredients — from grain, from water, from everything we’re using,” Troupe tells me, as she walks me through Freeland’s distillery in the industrial Slabtown neighborhood. “This makes it an ideal place for producing craft spirits. We’re very lucky in that way.”

As Troupe inspects botanicals at her laboratory-like workstation, I get a sense of this dedication to sourcing local goods. She narrates the story of the women-run Vibrant Valley Farm, which provides her with cucumber, rosemary, mint, thyme and other ingredients that imbue Freeland’s signature gin with a bouquet of flavors. Only a few steps away are oak barrels, bearing the mark of the Willamette Valley’s Elk Cove Vineyards, in which Troupe aged Freeland’s first bourbon release. She points to another corner of the space stacked with bags of barley, all grown on a woman-owned ranch in Eastern Oregon — the raw materials for grain-to-glass whiskey. Clearly, a sense of place permeates everything that goes into her still.

Freeland’s deep connection to regional producers has everything to do with founder Jill Kuehler, who worked as an agricultural educator and nonprofit leader before jumping into Oregon’s burgeoning craft-spirits scene. Kuehler previously directed Zenger Farm, a working urban farm in outer Southeast Portland that welcomes more than 10,000 students annually to learn where, as she puts it, “good food comes from.” In that role, Kuehler forged close friendships with many producers around the state, including one of the few women in the ranching world: Cory Carman, a fourth-generation rancher and owner of Carman Ranch in the rugged Wallowa Valley.

“I got really excited thinking, what if we could hire women all the way from who’s growing the grain for our whiskey and the botanicals for our gin to who’s distilling it and selling it?” —Jill Kuehler, founder 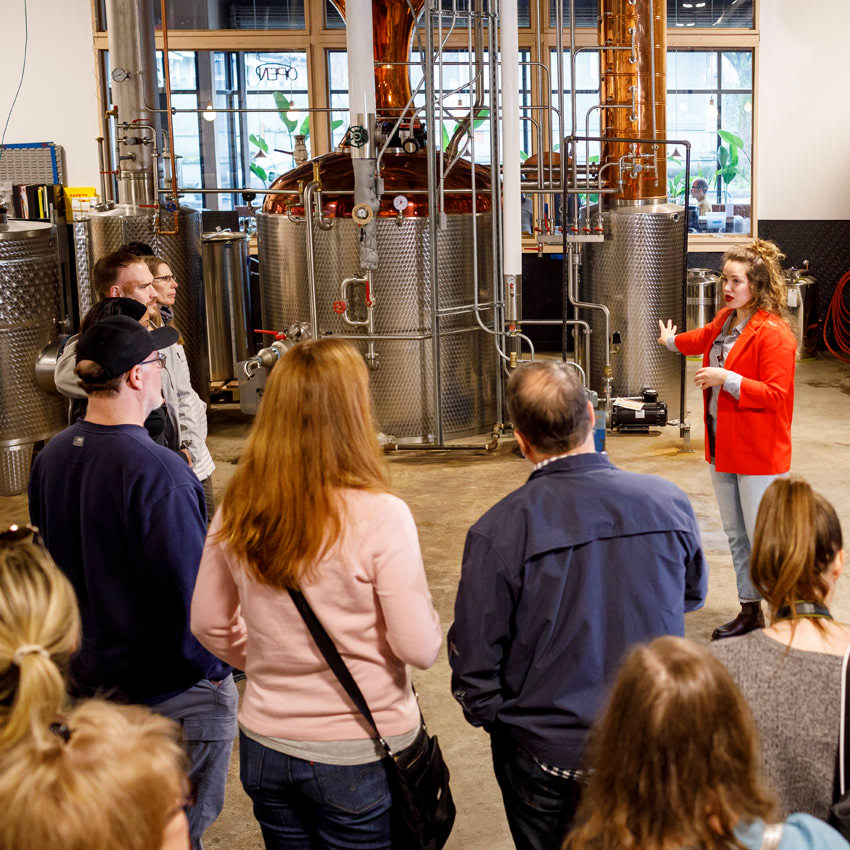 “Any time Cory comes to town, we drink whiskey together. And with the different whiskeys we would try, I didn’t see any of the story of where the grain was coming from or who the farmers were,” Kuehler tells me. “So over one of these fateful whiskey nights, I said, ‘I want to make this,’ and Cory quickly said, ‘I will grow the grain for you.’”

“I got really excited thinking, what if we could hire women all the way from who’s growing the grain for our whiskey and the botanicals for our gin to who’s distilling it and selling it?” Kuehler recounts.

The fledgling dream came one step closer to fruition when Kuehler recruited Troupe, who previously served as the lead distiller for Bend-based Oregon Spirit Distillers. Having recently landed on Forbes’ 30 Under 30 roundup of food-and-drink trendsetters, she’s one of the youngest master distillers in the country. She clearly knows her stuff. “She’s not only one of the few women in distilling but also one of the few professionals who has a master’s degree in it,” Kuehler adds.

Almost immediately after the pair met, they started crafting a gin recipe together. The late-2017 release of their inaugural spirit put Freeland into several distinct categories, including for their novel distillation techniques and for being one of the only women-owned-and-operated distilleries in America.

Meemaw’s Garden, Captured in a Bottle

Long before firing up the still for the first time, Kuehler knew she wanted this venture to pay homage to her late grandmother, whose surname was Freeland. It’s a fact tinged with comedy that she named her distillery after her meemaw, who was a teetotaler through and through.

“She never touched a drop of booze in her life, but she did teach me that the good things in life come from scratch,” Kuehler says. “Growing up, I would spend hours working alongside her in the garden, so when Molly and I were first coming up with the idea for Freeland gin, we knew we wanted it to have a fresh aspect to it. We wanted it to taste like meemaw’s garden.”

There was only one snag in that plan. Traditional gin distilling requires a lot of heat. While distillers generally make their gin with a diverse range of botanicals, many of the fresh aromas and flavors disappear when boiling at around 200 degrees Fahrenheit. Ingredients such as juniper berries, the basis of any variation of gin, can stand that kind of heat. But more delicate botanicals, such as cucumber and mint, cannot.

Thankfully, science had a solution. Troupe turned to a rather unique technology that’s more commonly used by chemists than distillers: vacuum distillation, which allows her to extract precious flavors and fragrances at much lower temperatures. 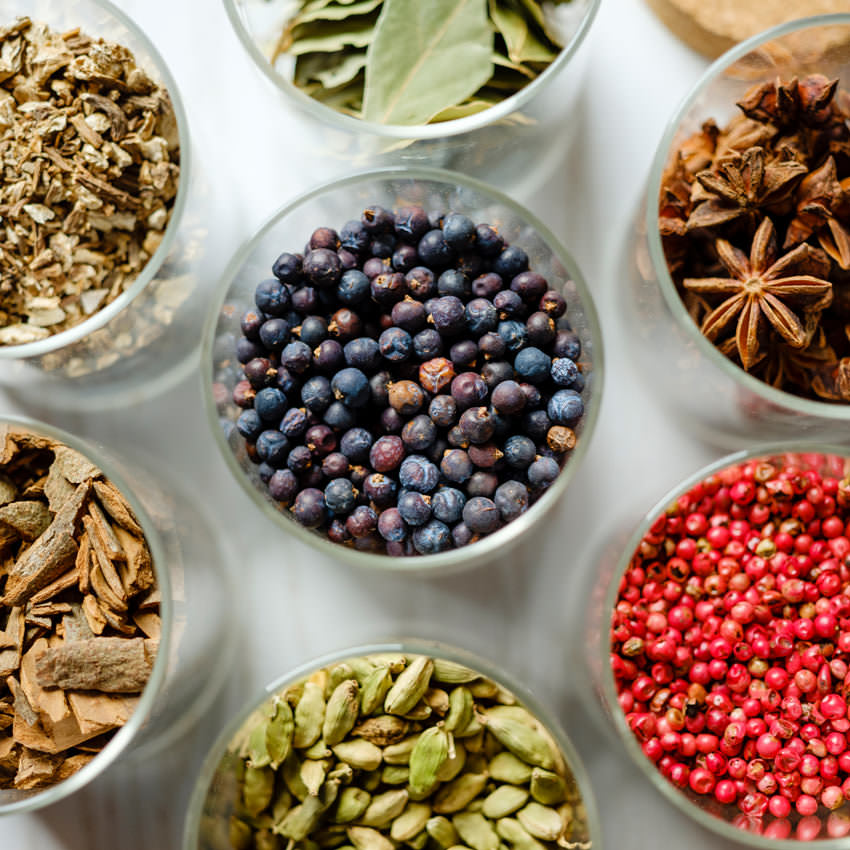 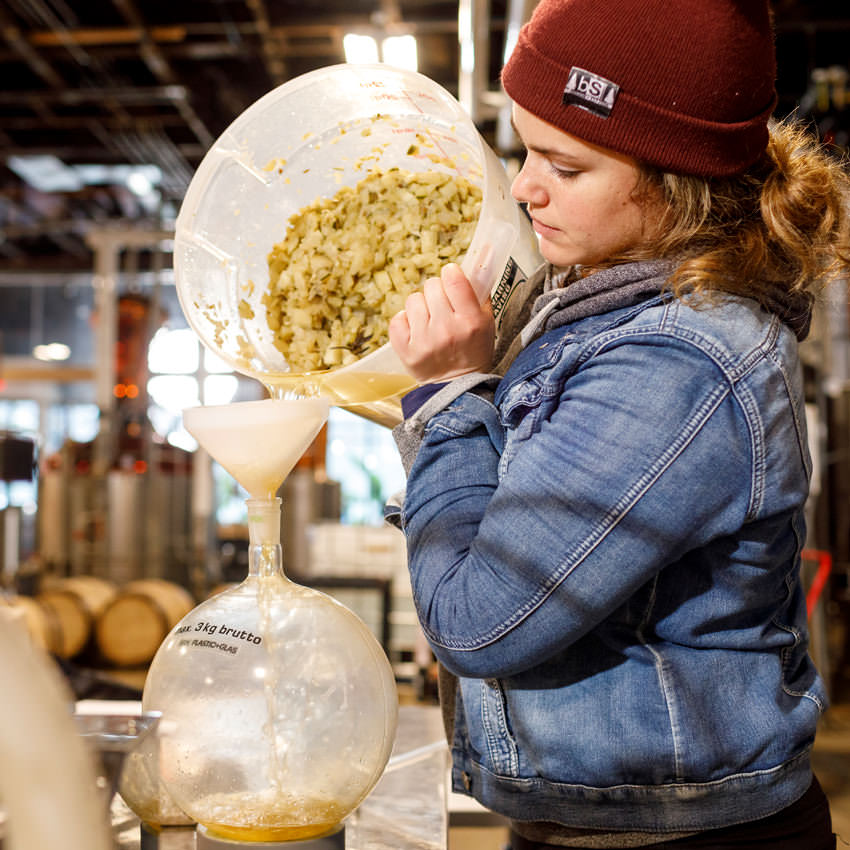 “That cold distillation is achieved using a very small, laboratory-style piece of equipment called a ‘rotovap’ [i.e., rotary evaporation],” explains Troupe, who studied distilling tech and methods at Scotland’s Heriot-Watt University. “We are essentially lowering the boiling point of the alcohol-water solution, and we are able to distill at almost room temperature. It allows us to use some really fresh ingredients, and to really preserve their qualities as we would perceive them naturally.”

To make Freeland’s flagship gin, Troupe merges both distillation techniques, running more than a dozen ingredients through the traditional still and a half-dozen precious botanicals (including one secret ingredient) through the rotovap. Blending together the distillates to create a truly original product is itself a laborious process, one demanding the skills of a scientist and the sharp palate of a sommelier. Currently, Freeland is one of the only distilleries known to combine these two methods to create a single spirit.

“Distilling is like art, just in the way that you balance out your recipe. You try to create ebbs and flows, and top notes and bottom notes, and that beautiful middle note as well,” Troupe says. “All of the recipes we’re trying to achieve here have this amazing balance that takes a lot of time, patience, and understanding of the art and science of distilling to actually achieve.”

She Flies With Her Own Wings

Despite the pre-prohibition history of women in spirits — as some of the most pioneering distillers, at that — the modern liquor industry is considered a boys’ club. In fact, trade group Distilled Spirits Council of the United States outright banned advertising directly to women up until 1987. Only around 2 percent of distilleries are owned and operated by women. And sexist assumptions about what a woman should like to drink still linger, even as studies show women make up as much as half of the consumer base for whiskey.

Today Freeland and a small cohort of other women-run distilleries in Portland are challenging exactly how the industry operates — banging down the glass ceiling with their acclaimed bottles of craft whiskey and gin. “If we can get more women and more people of color who are entering the distilling community, it will ultimately make it a stronger one,” Kuehler says. It’s an apt manifesto in this spirits-loving state, whose official motto translates from Latin to “she flies with her own wings.”

As women in a cis-male dominated industry, there are, of course, some awkward moments. “People will walk into the distillery on a tour, look right at Molly and say, ‘Well, I’d like to talk to the distiller.’ It’s just an automatic assumption that we can’t do this,” Kuehler says. To her, this seems supremely ironic given that research suggests women may have an edge in tasting and smelling; one study found that female participants had around 40 percent more cells in the olfactory bulb — the part of the brain involved in the sense of smell — than their male counterparts. “That’s the reason I love being a woman in this industry, to really break down that barrier, prove to people that, yes, we absolutely can do this and that we can thrive doing this,” she says.

And “thriving” sums up the vibe in Freeland’s airy tasting room, where light filters through philodendrons lining the windows, and bar manager KaCee Solis, an alum of Bar Casa Vale and Clyde Common, shakes and stirs up a fun variety of cocktails. It’s far more than shots here: Freeland is Portland’s only distillery that operates a full bar, with an evolving menu of drinks intended to complement the house spirits. Tasters can try half-size mini cocktails to get a fuller sense of the mixologist’s talents without getting too sloshed. There’s a full menu of food, too, that focuses on seasonal ingredients from local producers. The go-tos are the personal-size wood-fired pizzas from Tastebud chef Mark Doxtader, with a recent favorite being the “botanical,” featuring fresh herbs, kale, giardiniera and ricotta on a whole-grain crust.

“We don’t have any notion of what you should or should not enjoy. Whatever you enjoy, you simply enjoy it — that’s genderless.” —Molly Troupe, master distiller 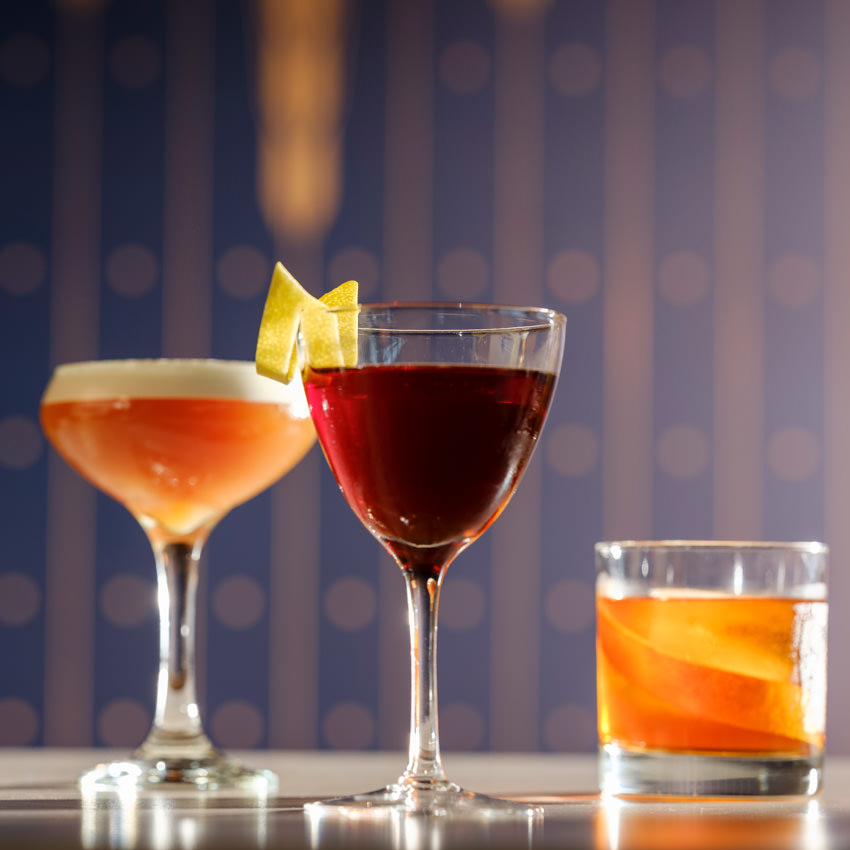 In other words, this looks like the kind of spot friends meet each other to catch up over a few drinks. Unlike other tasting rooms, which can feel like glorified bottle shops, Freeland’s feels like a venue for storytelling about makers, education about farmers and growers, and, most importantly, hanging out. In fact, the whole Freeland crew emphasizes that their space is intentionally designed to feel welcoming and safe for everyone, and especially for women, queer, trans and nonbinary guests.

“When you walk into this space, you can really just feel enlightened. We don’t have any notion of what you should or should not enjoy,” Troupe says. “Like, you can like a fruity cocktail and be a man; there’s nothing wrong with that. And there’s nothing wrong with just enjoying a stiff pour of whiskey if you’re a woman. Whatever you enjoy, you simply enjoy it — that’s genderless.”

Freeland Spirits turns out small-batch gin and bourbon in their distillery and tasting room in Northwest Portland’s walkable Slabtown neighborhood, an industrial area that’s also home to Bull Run Distillery and Martin Ryan Distilling Company. These are just a few of the stops on the Oregon Distillery Trail, which includes dozens of artisan distilleries all around the state. When you visit Freeland, book a tour of the distillery to hear their story firsthand; the fee for the tour also includes a tasting of their current spirits lineup. Keep an eye on Freeland’s calendar for cool events and occasional spirit releases.

JD Shadel
JD Shadel is a queer writer, editor and producer whose work appears in The Washington Post, VICE, Fodor’s Travel, The Atlantic CityLab and many others. When not hunched over a keyboard in one of Portland’s many cocktail bars, they hit the road in search of Oregon’s emptiest trails.