Ewing Young is an important American pioneer who is buried at Ewing Young Farm, where the Ewing Young Distillery is located.

About 125 yards away from the Distillery stands the magnificent Ewing Young Oak, an Oregon Heritage Tree planted in 1846, that marks Ewing’s grave site. The tree and grave are wholly contained on the 147-acre Farm property, which is the epicenter of the 50 square miles Ewing Young claimed as his own back yard in 1834. Ewing’s burial site and tree were so honored because he is an important figure not only in the history of Oregon but also the westward expansion of the United States.

As they like to say at Ewing Young Distillery, “Ewing Young helped take The Oregon Country from Great Britain without firing a shot—he did it by pouring a shot.”

When Ewing Young died in 1841, the need to probate his estate led directly to the formation of Oregon’s first provisional government. The official history of the State of Oregon, Volume 1, page 1, starts at the funeral of Ewing Young, held where the splendid 173-year old Ewing Young Oak continues to flourish at the current-day Farm. 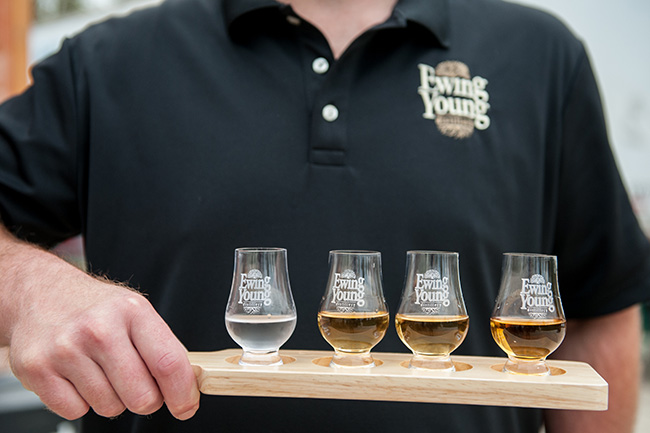 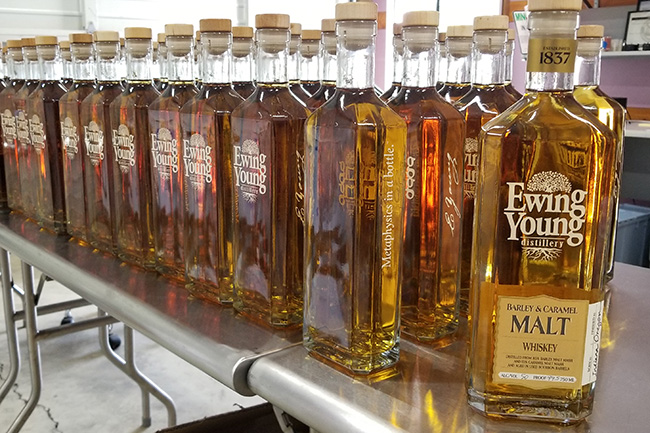 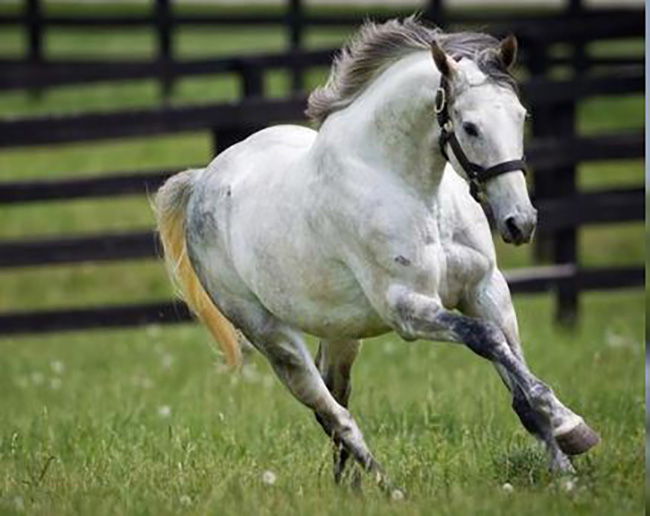