The Columbia River Gorge has always been a portal to me. An avenue that signaled the beginning and end of summer.

When I was a child, my mother would pack my younger brother and I into the back of her navy blue Honda Accord at the end of every school year and drive east on Interstate-84. We’d stare out the windows as the miles turned the towering green walls of the western Gorge into the brown, mounded hills of Eastern Oregon. I daydreamed of climbing up the impossibly steep slopes, clawing my way up tree by tree. I imagined what it would be like to live on one of the islands in the river, watching the river barges, trains and cars pass me by during one of the infamous Gorge storms.

The trip to my grandparents’ farm in Eastern Washington was a long one but my mother didn’t like stopping. We’d beg her to stop at Memaloose State Park so we could go to the bathroom and runaway down the paths to stretch our legs. We never stopped at Multnomah Falls because it was too touristy, so as we zoomed by my brother and I would crane our necks out the window so we wouldn’t miss it.

We’d make the trip in reverse at the end of the summer. By then we were worn down by the constant wind in the Palouse and the unrelenting heat and dust of wheat country. Driving from east to west through the Gorge was cathartic. We thirsted for trees and greenery. Every mile signaled a step closer to our home in Vernonia where our senses would be assaulted by the varying shades of green. Seeing the Columbia River snaking through that scene brought a swelling sense of state pride I couldn’t quite explain at the time. 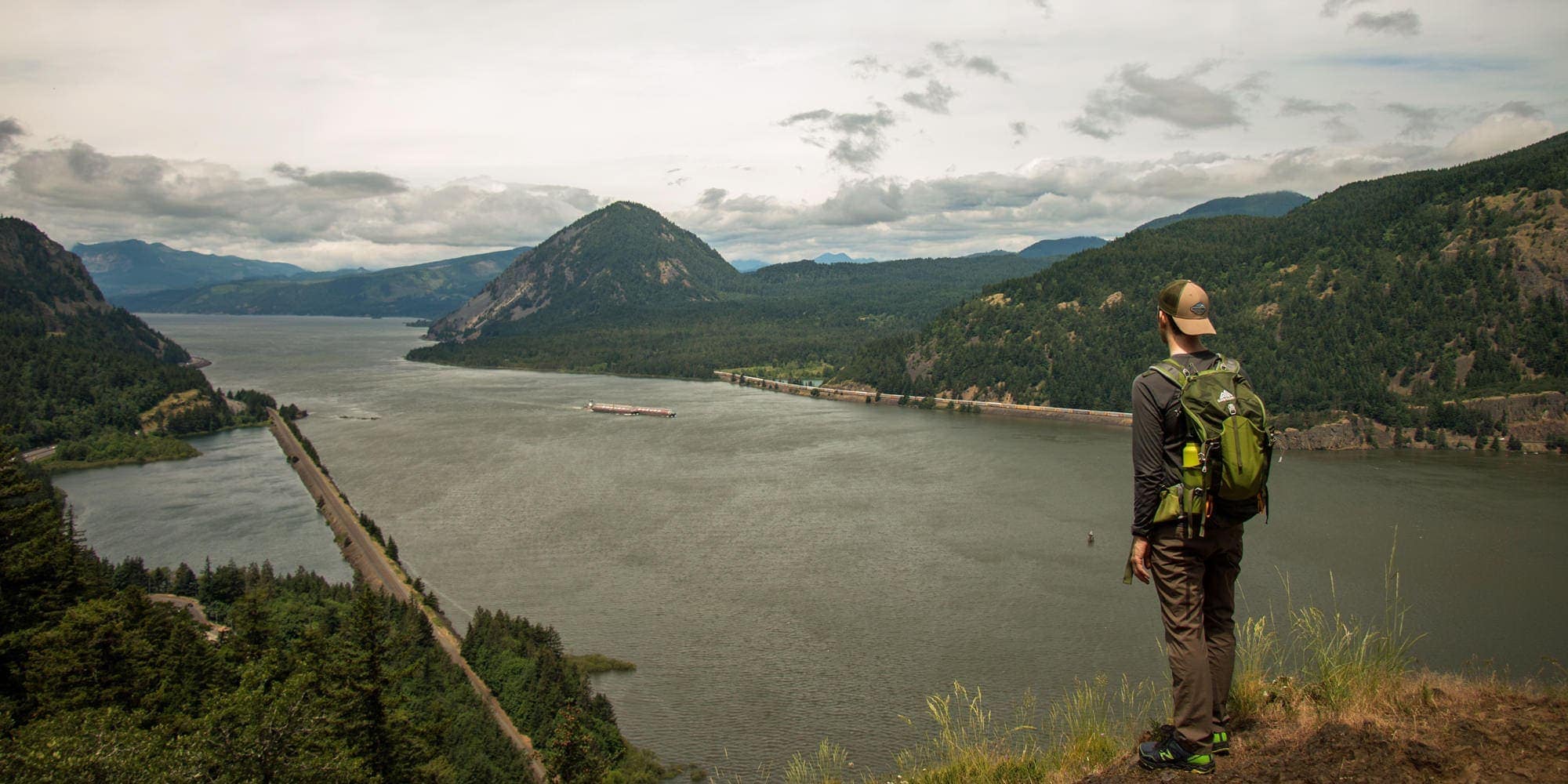 Decades later I’m still chasing that feeling. Whenever I can I make the trek to the Gorge because it provides a surge of nostalgia I love. The scenery invokes so many old memories. Each mile marker and viewpoint is tied to a different moment with parents, my brother and my grandparents.

Now, unlike then, I go to the Gorge to hike. I’m no longer confined to the back of my mom’s Honda. I can put myself on the slopes I imagined climbing. But like my mom when she wouldn’t stop at Multnomah Falls because of the crowds, I, too, try to avoid the busiest places. Droves of day hikers descend on their favorite jaunts every weekend in the Gorge. Solitude is hard to find.

That doesn’t mean you should just forgo the search of waterfalls and wide-open views. Our state has so many great places to wander into, but finding spots in popular areas that don’t get overrun takes patience and a willingness to move on from your planned hike if it’s too busy. 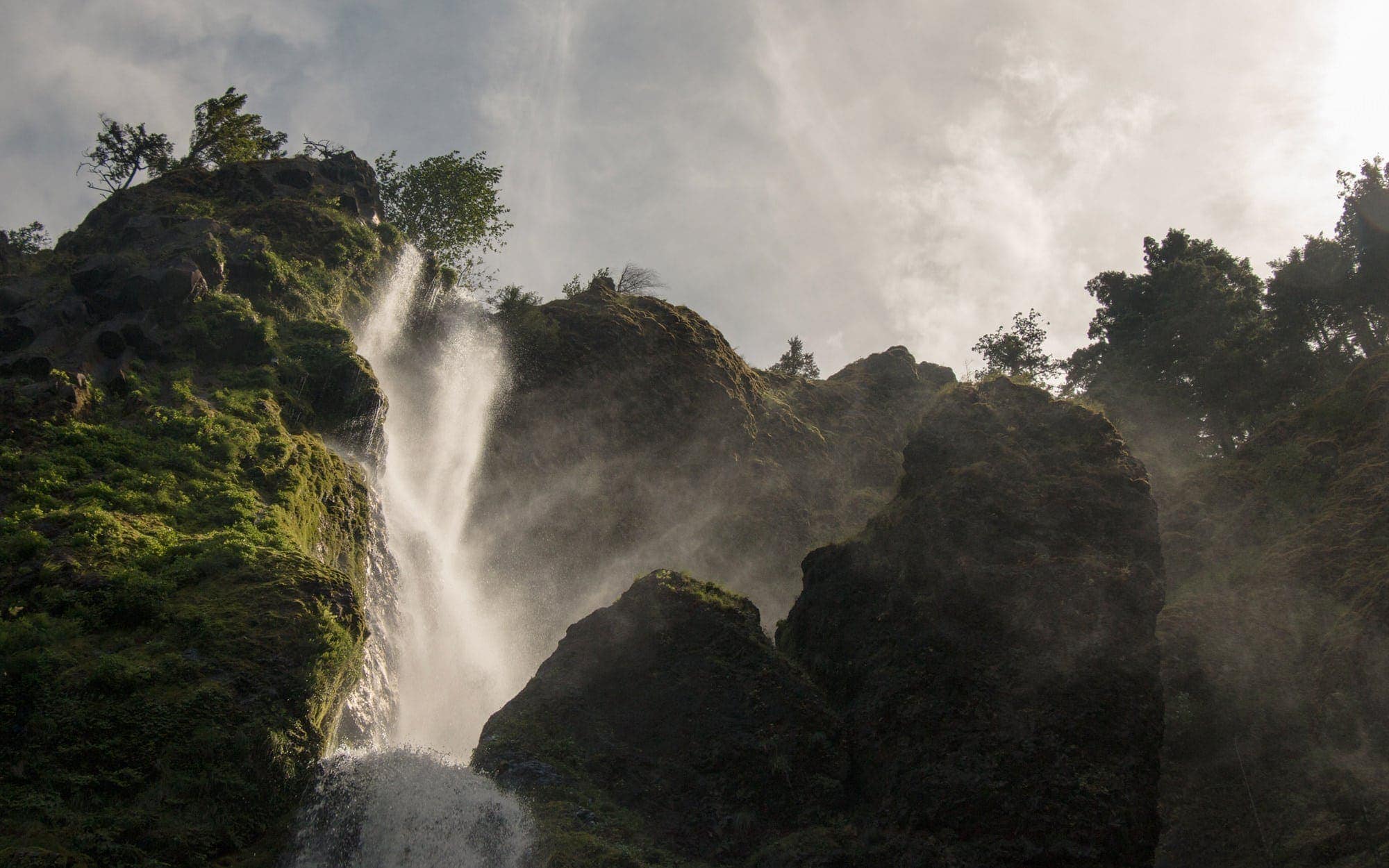 I found the trifecta of outstanding vistas, waterfalls and solitude recently just outside of Hood River at Starvation Creek State Park.

The small parking lot keeps the number of people to a minimum, and most who park there either stay briefly to glance at Starvation Creek Falls or to hike Mount Defiance, a 10-mile, 5,000-foot calf-burner to the highest point in the Gorge. For much less effort you can still earn great Gorge panoramas, stare at four — yes, count them — four waterfalls and find a private spot for lunch by a creek.

Yes, you gain most of the 1,200 feet in the first mile in truly some of the steepest hiking I’ve ever done. But once you gain the ridge, there’s a viewpoint that gives you a great vista of Dog Mountain just across the river in Washington. See if you can count the number of cars at its base. The lineup stretches out from the jam-packed parking lot, making you smile that you decided to stay in Oregon. 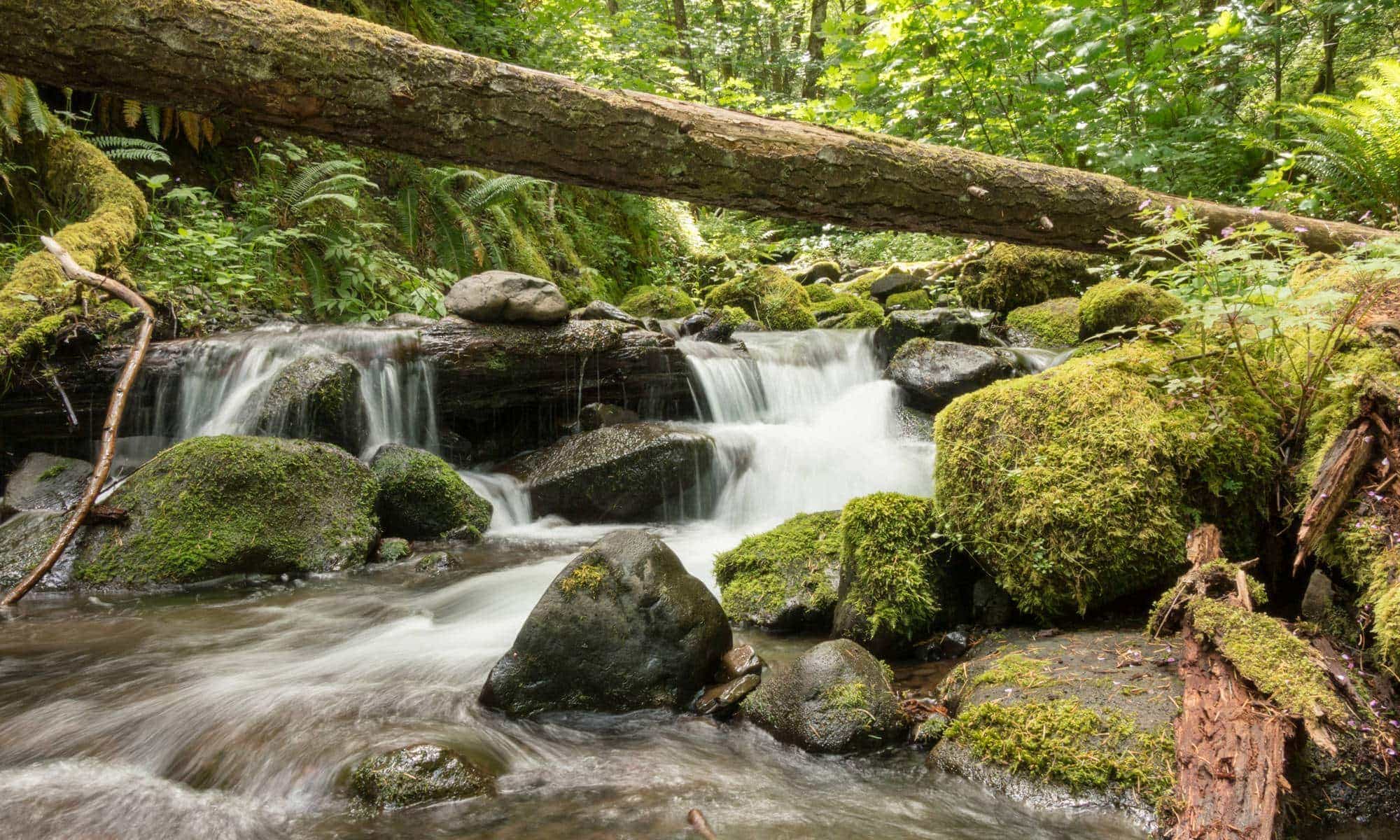 The hike was rejuvenating. On Starvation Ridge I found the quiet I needed. Halfway around the loop I stopped at the Warren Creek crossing and ate lunch on a wide rock. The rushing water masked any noise coming from I-84.

For 30 blessed minutes I didn’t see a soul. 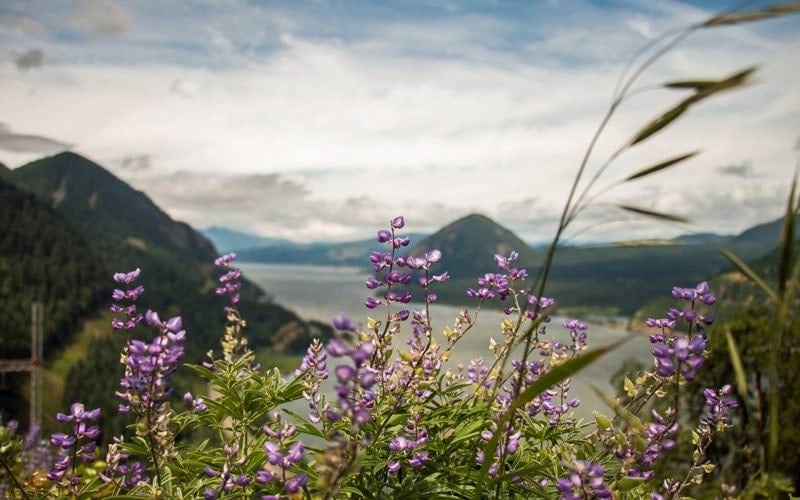 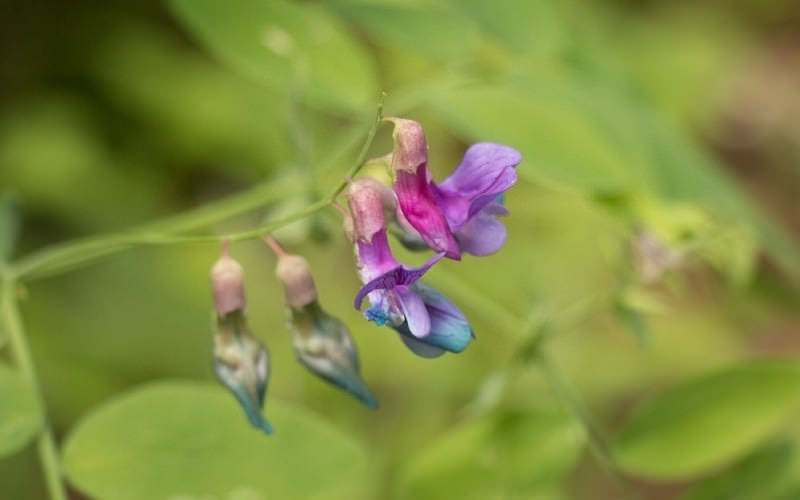 When I hiked the loop in early June, the wildflowers were out in full force. They paint the trail with color with names like snowbrush and candyflower. The flowers point the way down the dirt path, to the junction with the Mount Defiance trail and back to the newly paved Historic Columbia River Highway State Trail. 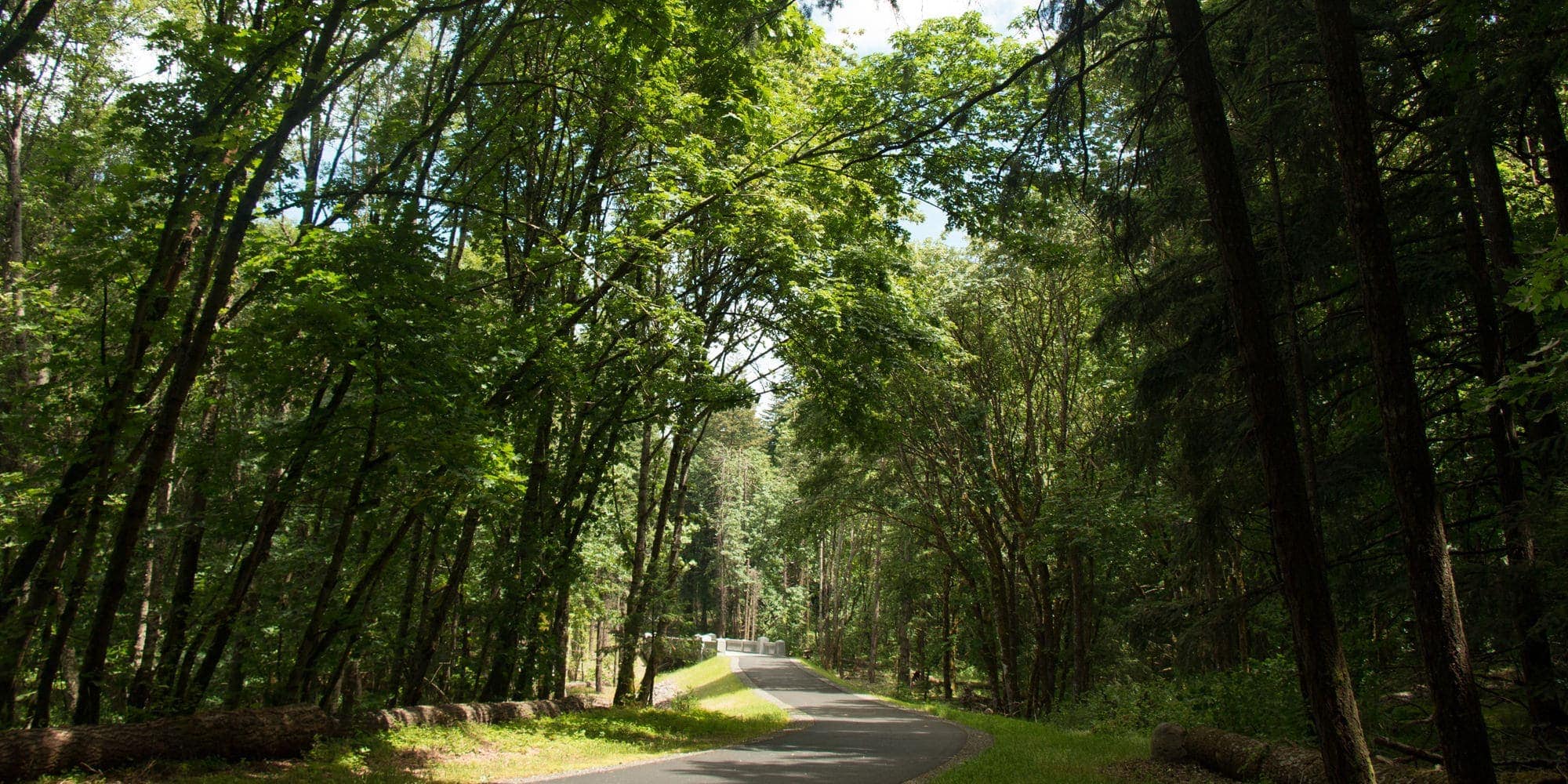 This is where the hike turns from solid to memorable.

You’re greeted by 96-foot Hole-in-the-Wall Falls as you descend.

A short side trip takes you to a spot where you can glimpse the long, sloping Lancaster Falls through the trees.

Back in the direction of the trailhead you’ll pass Cabin Creek Falls. There the water has carved a bowl out of the surrounding rock and you can cozy up to the edge of the cascading water under an overhanging cliff. 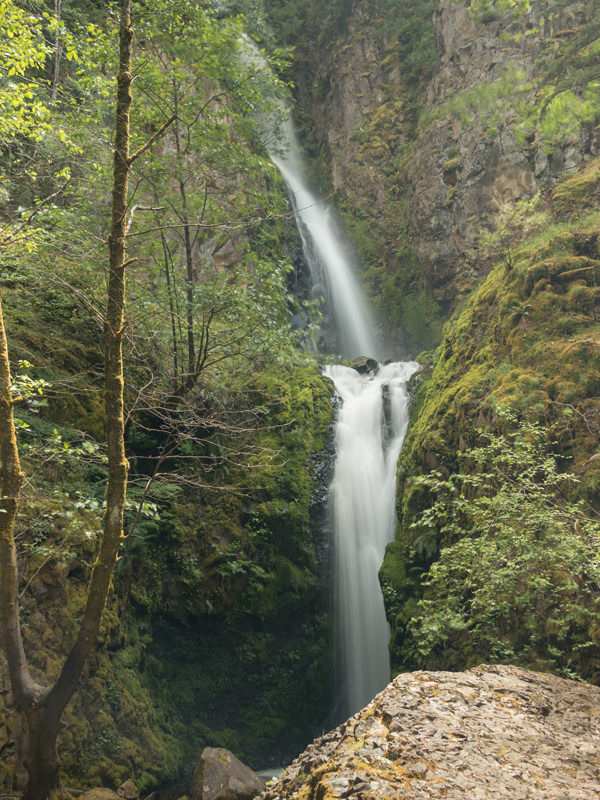 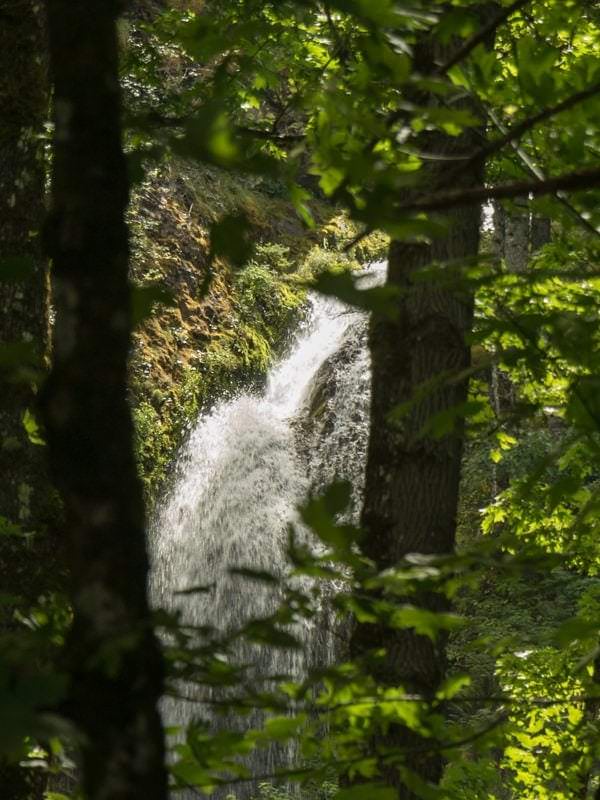 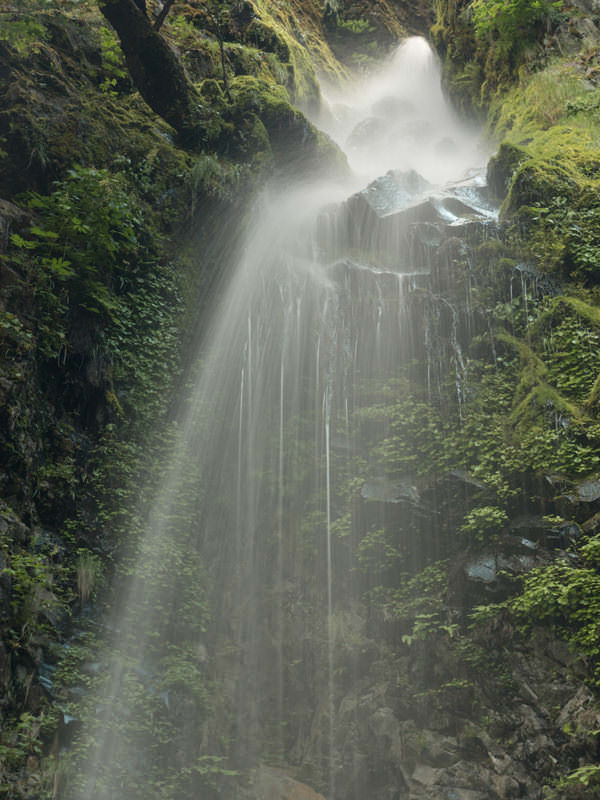 I saved the best for last. Just outside of the parking lot is 190-foot Starvation Creek Falls. Its roar is loud from the viewing area. For a spectacular view, I braved a tricky creek crossing when the water is high and made my way up the creek to the base of the falls. When the sun is just right the water blows out and creates a shimmering wall that seemingly floats with the wind. 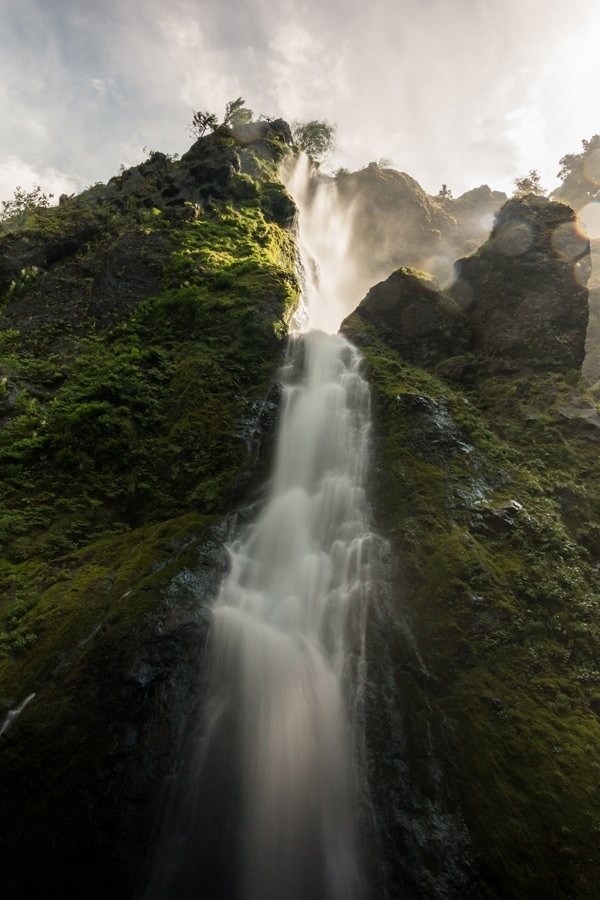 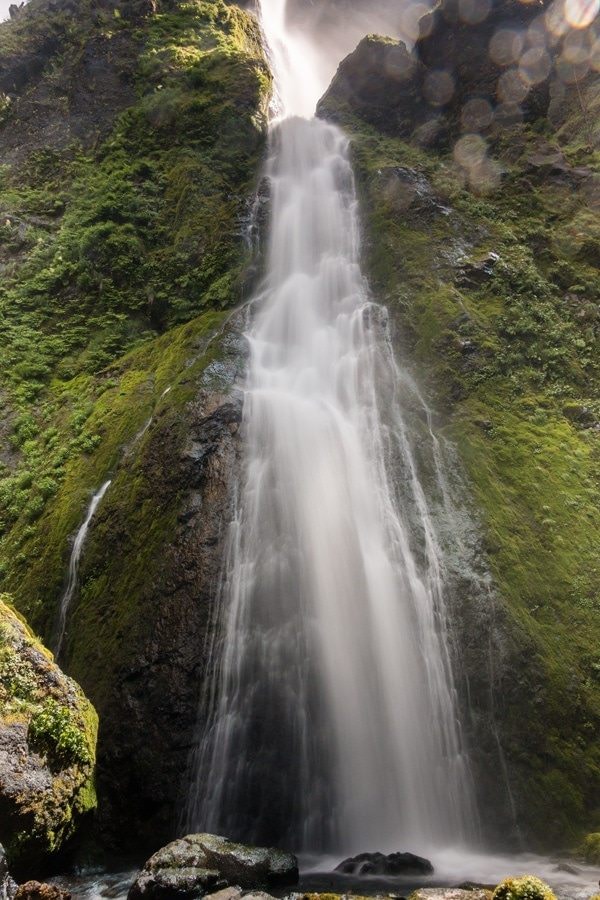 One of the best things about the hike is it leaves plenty of time for exploring other parts of the Gorge. My final destination was Hood River, but as I pulled off the highway I thought about my grandparents. The Gorge connected me to them. For a second I felt a strong urge to keep driving east, to relive the road trips of my youth. 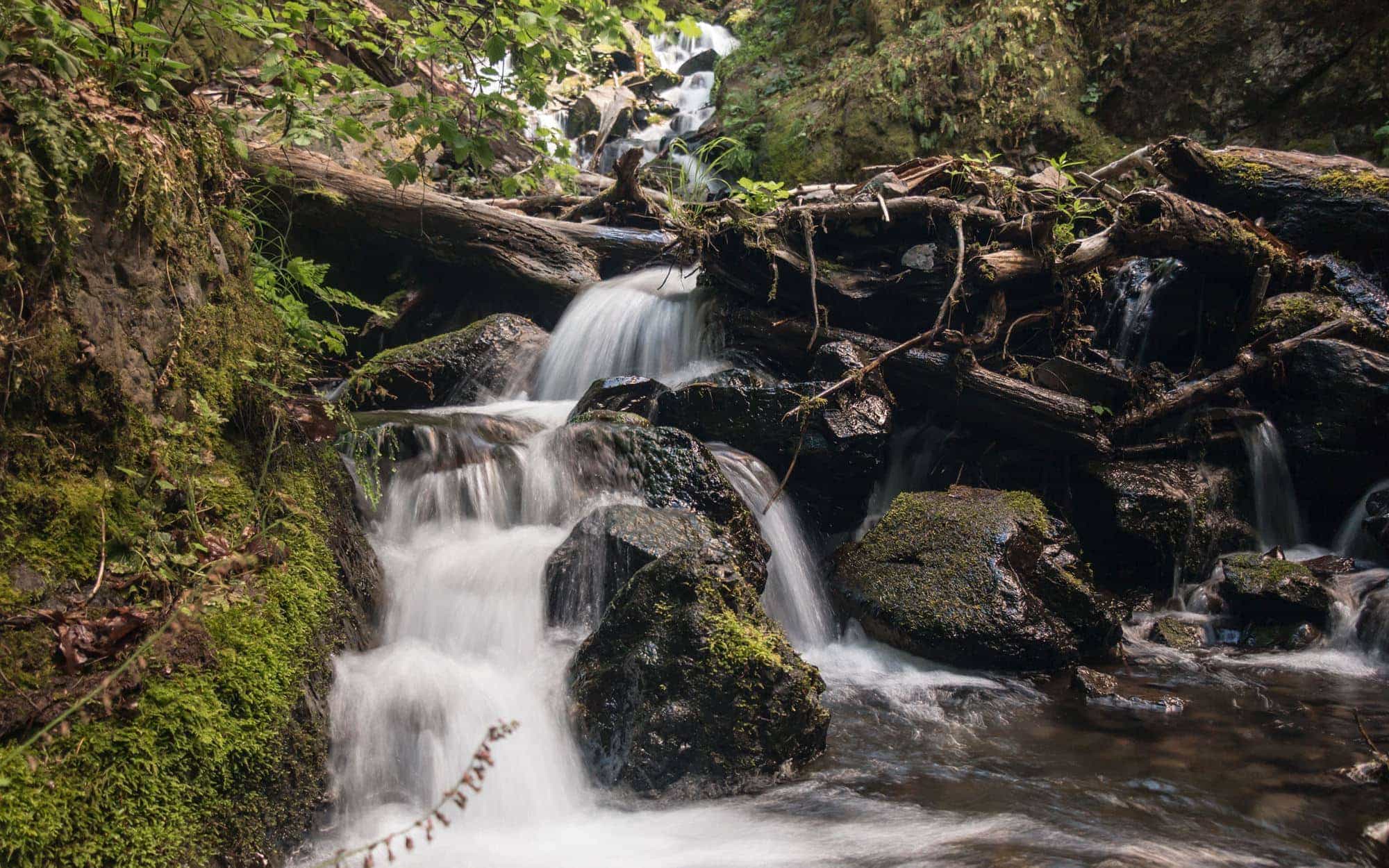 Ben Schorzman
Ben Schorzman is the content coordinator for the City of Eugene’s Library, Recreation and Cultural Services department. A native Oregonian from Vernonia who grew up in the woods, Ben never leaves home without his trusty Canon DSLR and he’s a firm believer in the post-hike beer at the nearest craft brewery.

Hood River, Mt. Hood & Columbia River Gorge
Is any of the information on this page incorrect? Suggest an update
Ready to hit the road? Bring our travel magazine along.