There are few more dramatic vistas along the Oregon Coast than Heceta Head, a 200-foot bluff that juts out into the sea and is crowned with a 56-foot-tall lighthouse that has steered ships from danger since 1894.

The view is especially eye-popping from the pullout along U.S. 101, just past the Sea Lion Caves, about 10 miles north of Florence. From here, high above the surf, you can take in the scene, which includes the sights and sounds of frolicking sea lions on the rocks below, and a bird’s-eye view of Cape Cove and Devils Elbow, with Heceta Head framed perfectly beyond.

For an up-close encounter with this striking landmark, continue along U.S. 101 another half-mile or so and turn right onto Cape Creek Road, which winds down beneath the soaring, aqueduct-like 1932 highway bridge to a large parking lot beside a windswept beach (day parking is $5), popular for tide pooling and offering sheltered picnic tables. Here a well-maintained gravel path leads a mile slightly uphill, past a few outbuildings and out to the lighthouse itself; it’s part of a 7-mile trail network through Heceta Head Lighthouse State Scenic Viewpoint that affords abundant opportunities to view sea lions and migrating gray whales (which come especially close to shore in May), as well as such local birdlife as cormorants, eagles and common murres.

The lighthouse was staffed until 1963, when an automated beacon was installed — it’s visible some 20 miles offshore. Today, although you can’t ascend the stairs to the lens, you can explore the base of the lighthouse as well as its ground floor when rangers are on hand (staffing and weather permitting). For the ultimate Heceta Head adventure, book an overnight stay in the red-roofed former assistant lighthouse keeper’s residence, which dates to 1893 and is now operated as Heceta Lighthouse B&B. It contains six antiques-filled rooms, some with ocean views, and rates include breakfast and an afternoon wine social. Whether on clear nights beneath a canopy of twinkling stars or stormy winter evenings when you can hear the waves crash against the rocks below, staying here is a magical experience. 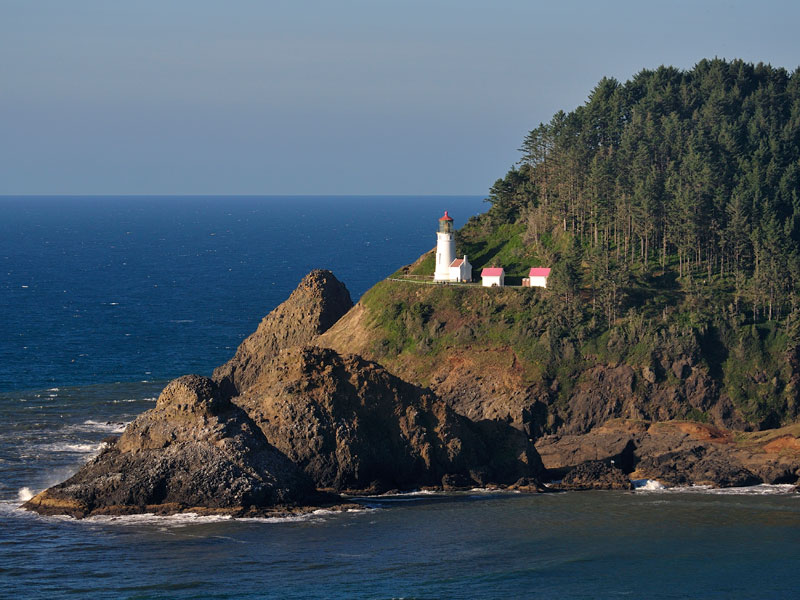