In 1847 the John Mark family arrived in Oregon City, after crossing the plains by ox team via the Oregon Trail from Jackson County, Missouri.  John Mark traded a yoke of oxen and either a wagon or a mare for 640 acres with a cabin on it. His eldest son, Alexander, over 21, but not married, could only claim 320 acres, which he did adjoining his father's farm.  His sisters and their husbands staked claims adjoining Alexander's, hence the name Mark Prairie. In 1879, Oregon Alexander Mark, deeded two acres of land to school district #38, and a building was erected to be used for school and religious purposes.  The original building was replaced by the present building in about 1900, the exact date is unknown. Lumber was hauled from Cole's sawmill, located on the south bank of the Molalla River, near the present Island Park.

School District #38, the original owner, purchased the property from A.K. and Mary S. Mark in 1879 and 1893. When classes were discontinued in 1946 when the district joined the Canby District No. 86, ownership of the property reverted back to the Mark family who then gave it to the Mark Prairie Community Club.

Mark Memorial Park and Monument are a memorial to the Mark family. John Mark, for whom Mark Prairie was named The surrounding park, with many mature oak trees, adds to the historic character of the subject buildings and monument. Since 1947 it has served as a community hall for the local community and is now owned by the Mark Prairie Historical Society. 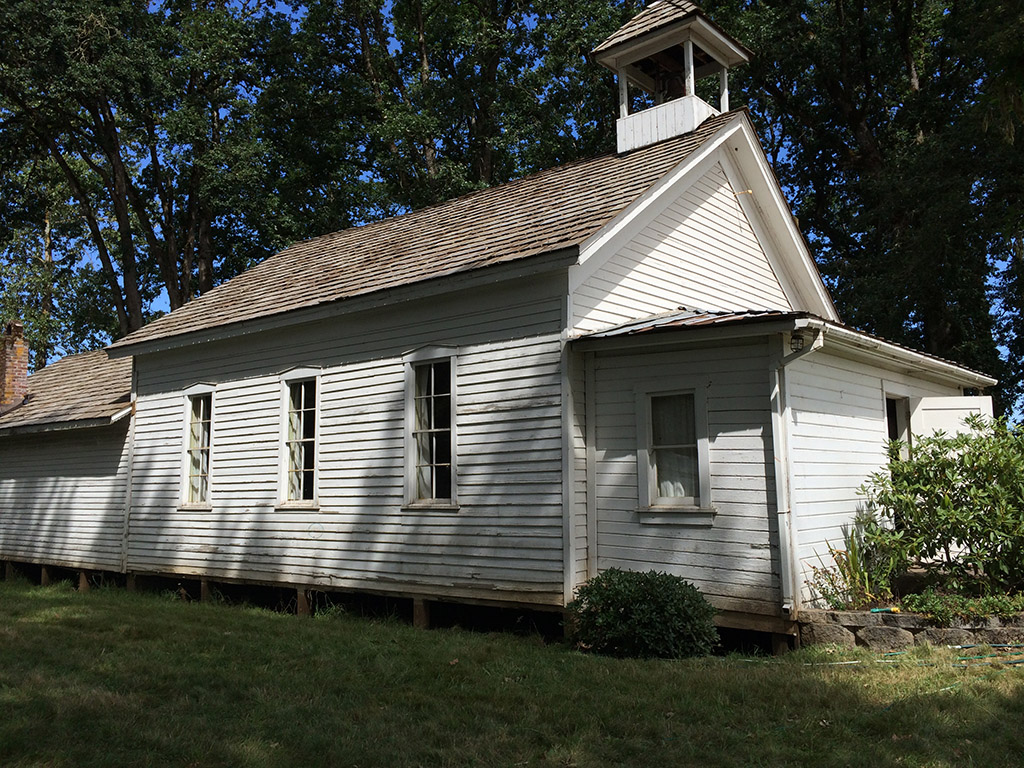 Image Courtesy of Mark Prairie Memorial
Is any of the information on this page incorrect? Suggest an update
Ready to hit the road? Bring our travel magazine along.