Autumn Adventure Around the Ochocos

As the days get shorter and the temperatures drop, Oregon’s campgrounds get a little less crowded, making a weekend in the woods an ideal getaway. Autumn camping is a must-do for my husband, Mike, and I each year, and the Ochoco National Forest is our special spot.

Before heading out, we have a ritual of always stopping for a cup of coffee and a house-made Belgian waffle at Lone Pine Cafe in Bend.

The drive to our campsite takes a little more than two hours, so the extra kick is always helpful. The drive northeast from Prineville to the Ochocos is long but worth it.

With memorable views of open prairies, mountain-top forests and the Ochoco Reservoir, the drive is an enjoyable part of the whole experience.

About halfway through the drive, we stop at some of the old Cinnabar mining ruins to stretch and explore a bit. The mines were utilized during the early 1900s and closed sometime around the middle of the century.

We usually stop right next to what is supposedly the remains of the Old Four Horsemen Hotel at the Blue Ridge Mine. It’s a white two-story building with boarded up windows and old glass bottles littering the ground. Rumor has it the hotel once featured a small store downstairs as well as beds upstairs for a brothel. Rumor also has it that the old hotel is haunted. 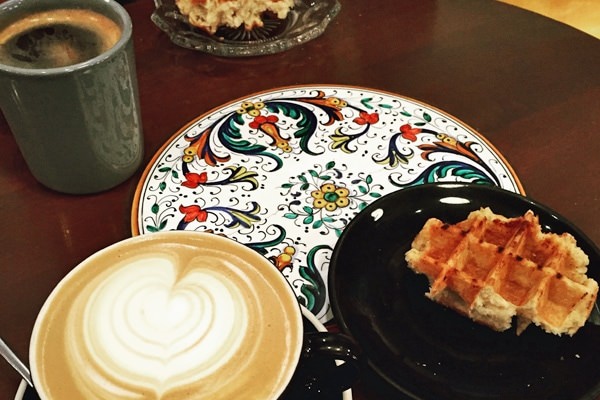 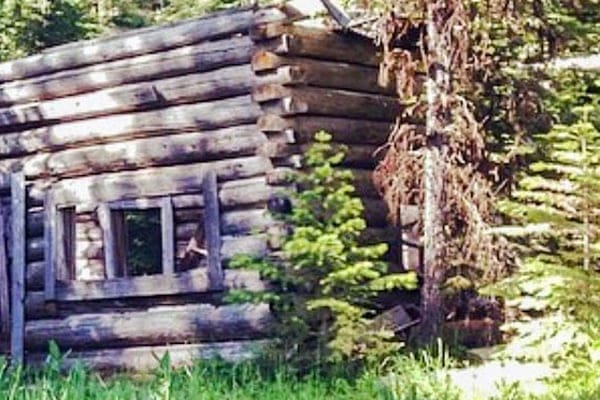 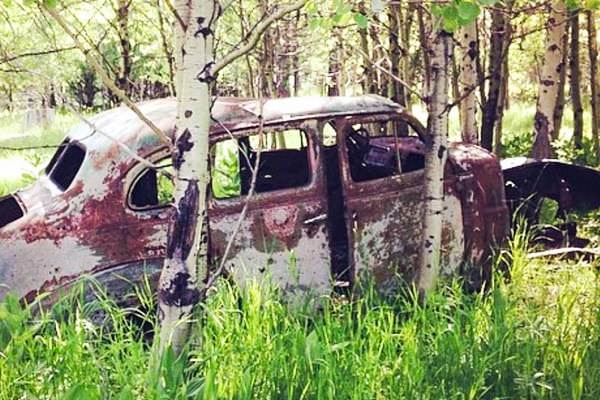 Walking around, there are other relics from the past to check out. We crossed the street to find abandoned remains of cars dating back to the mine’s busy days. The old cars are now red with rust and lacking any soft interior features. Nearby, a small cabin lies in shambles with thick glass shattered on the ground and forgotten tools here and there. These reminders of the area’s past are best explored with caution, some distance and maybe even some admiration for the way the forest is slowly reclaiming them.

After taking photographs and walking around amongst ghosts from the old mine’s past for some time, we get back in our van to head further up the road. Coming down out of the mountains the trees give way and open up into a vast expanse of plain called Big Summit Prairie. 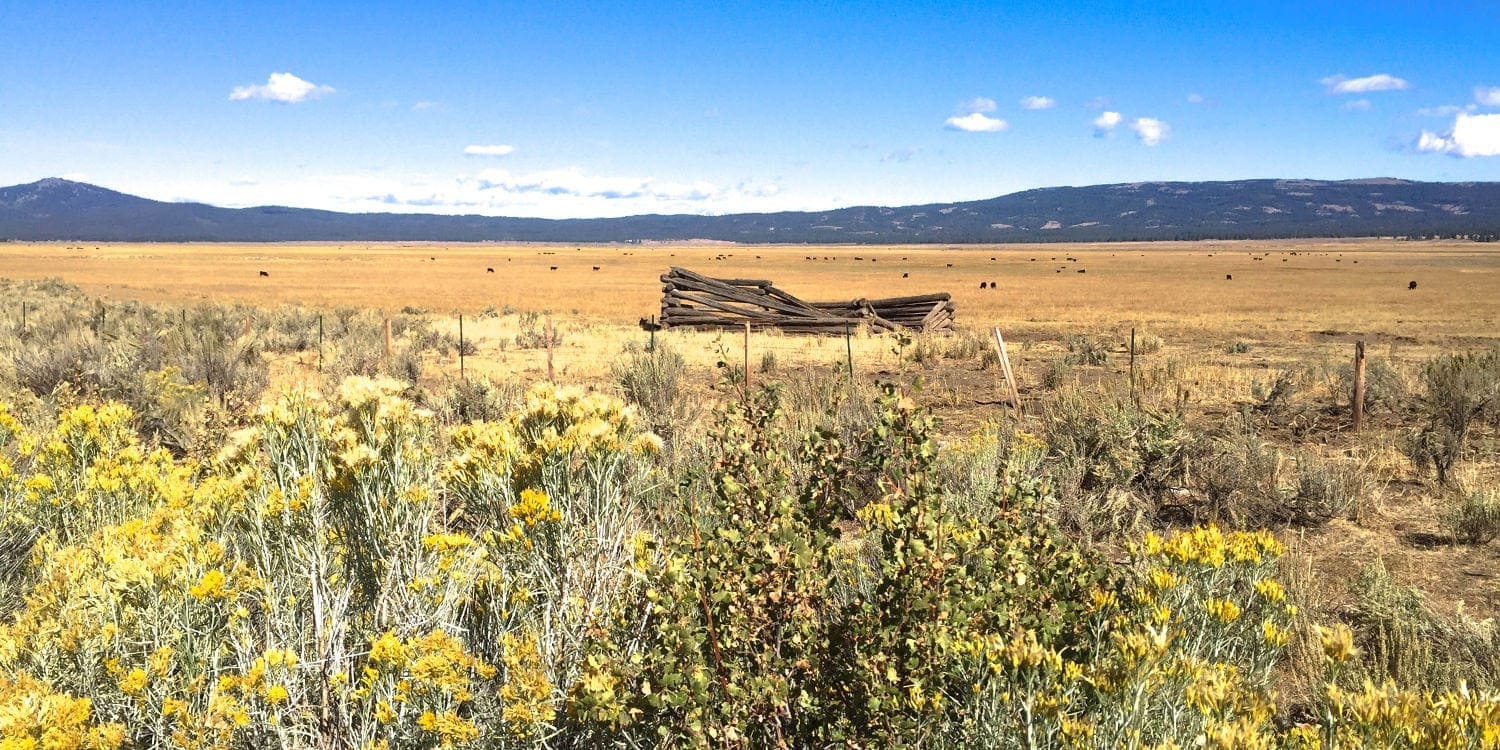 In the summertime Big Summit Prairie is lit up with wildflowers. The autumn is just as pretty, bordered with multi-colored trees. If you look closely you can also occasionally catch a glimpse of a group of white-tailed antelope laying low together in the grass. You might even see some wild horses. A group of them roam the Ochoco National Forest, and while I haven’t been lucky enough to spot them yet, many people have.

After a scenic drive, we finally arrive at Deep Creek Campground. 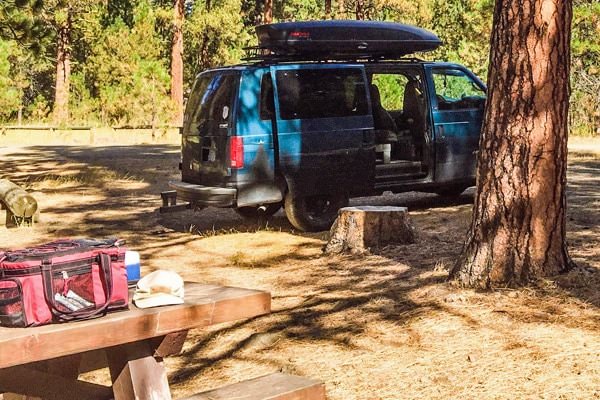 We always camp during the colder months in our van, so without having to set up a tent there is plenty of time to do some more exploring. 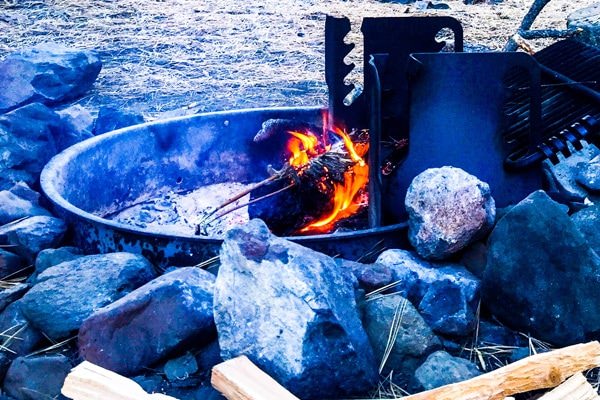 I build a fire and read for awhile, while Mike takes our dog, Phil Collins, for a hike up the ridge that overlooks the campground. 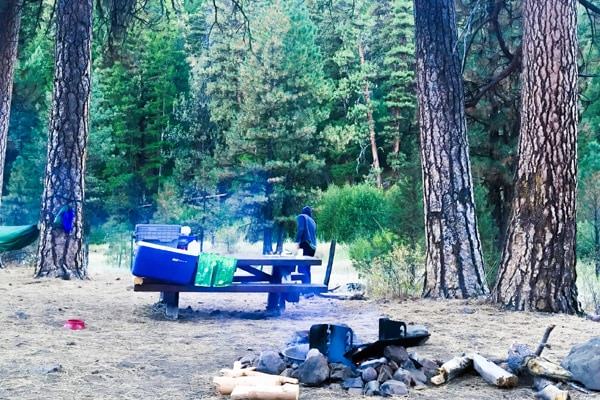 Being only one of three groups in the entire campground, we basically had the place to ourselves.

The evening was spent in classic camp — laughing and drinking Bend microbrews around the fire well into the later hours of the night.

The next morning, we set out to explore the Painted Hills, which is another two-hour drive from our campsite. The long drive might deter some people, but more views of the beautiful Central Oregon landscape are worth the time. 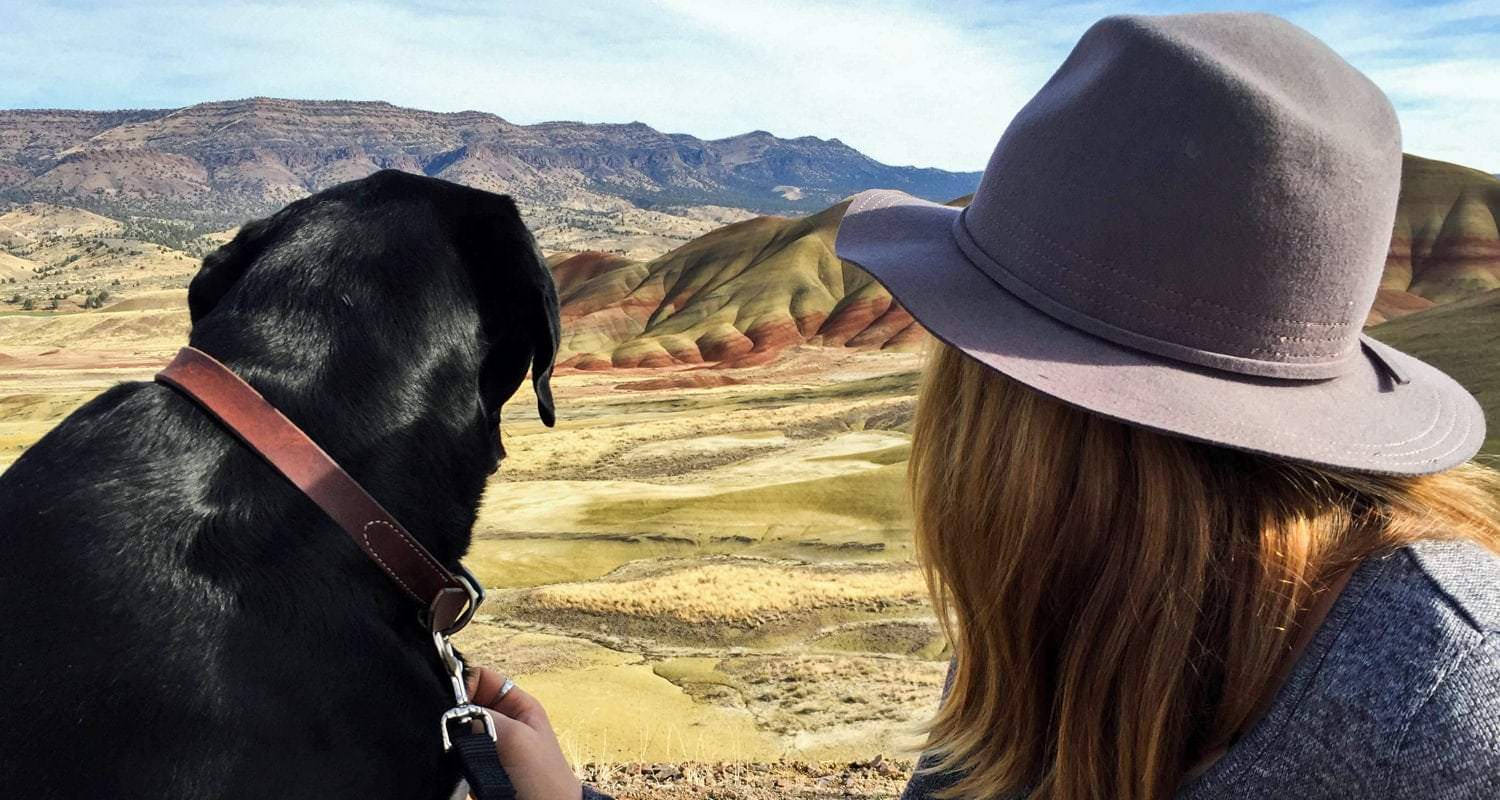 The Painted Hills are one of Oregon’s Seven Wonders and a must-see at least once. Deep reds, oranges, yellows, purples and greens band these ancient hills to create an unforgettable rainbow effect. The intensity and variation of these colors change with the seasons — and even daily depending on temperature, lighting and weather. This ensures a unique experience with each visit. 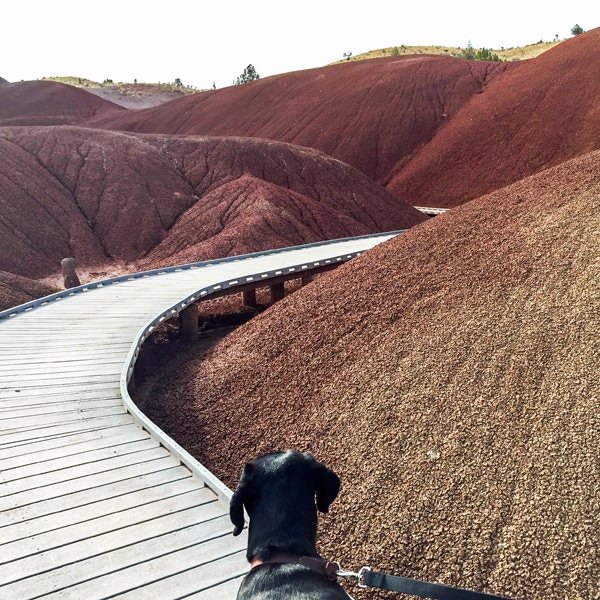 The day was spent walking the many paths throughout and around the hills.

The Painted Hills are often described as being almost otherworldly. I agree.

The landscape is foreign and unfamiliar.

The unusual layers of ash and rock were formed by volcanoes and other drastic changes in the landscape so long ago that it might as well be another world.

We left the Painted Hills to head back to the Ochoco National Forest as the sun began setting.

Our campground was waiting for us just as we had left it, and we enjoyed one more evening under the stars before heading back to Bend the following morning.

Two days in the Ochocos is never quite enough.

But it’s just the right amount to keep me excited for our camping trip here next year.

Lindy Callahan
Lindy Callahan is a travel and lifestyle writer living in Bend who has also called the North Coast and Portland home. When she isn’t writing about her adventures, you can find Lindy hiking and camping her way through Oregon’s diverse environments. You can see her work in Bend Lifestyle Magazine, Cascade Journal, The Bend Bulletin and on her blog.