Discover the stories of the legendary Columbia River Bar, one of the most dangerous passages in the world, at the nationally renowned Columbia River Maritime Museum.

For nearly 10,000 years, humans have hunted, fished and lived along the Columbia River. The Chinookan people who bravely plied the lower river are often considered the first Columbia River Bar pilots. The lower Columbia also played a pivotal role in the European settlement of Oregon and the West. And Astoria is the oldest American settlement west of the Rockies. Many stories continue to unfold here, where the mighty river meets the Pacific and connects the region to the rest of the world.

Among them are 3D movies, “Ocean Odyssey” and “Aircraft Carrier, City at Sea,” and a new exhibit, “Shipwrecks,” debuting at the museum in June 2022. Visitors can explore the fascination around shipwrecks, learn what causes them and how they can be avoided. The exhibit will show how people have responded to such tragedies in the past and what can be learned from studying them. Shipwrecks have also had impacts on the environment and the economy. Visitors will see how maritime archaeologists are using new methods to study shipwrecks to learn about the past. Here are even more surprises you’ll find when you visit. 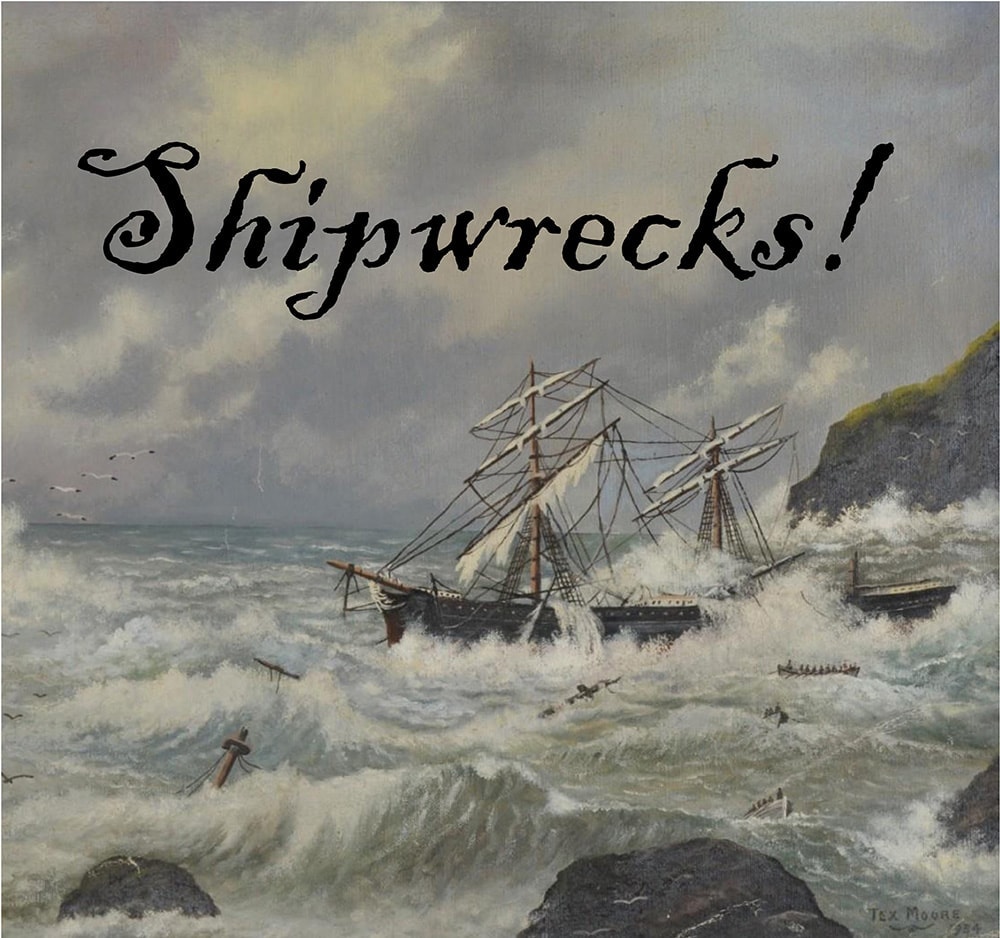 As the War of 1812 ground on, the British warship HMS Racoon arrived at the mouth of the Columbia in November of 1813. Captain William Black’s mission was to destroy the settlement of Astoria, then an American outpost. Upon viewing Astoria — a modest stockade at the time — Black exclaimed, “What, this is the Astoria I’ve heard about? I could knock it down in two hours with a 4-pounder.” Black’s cannons never fired; the Astorians had already sold their holdings to a British entity, the North West Company. “On leaving Astoria, the Racoon struck the Columbia Bar,” Smith notes. “Part of the keel, clad in copper sheeting, was left behind.” It’s now on display, along with a new exhibit that showcases the S.S. Great Northern and S.S. Northern Pacific — two luxurious twin ships known as the “Palaces of the Pacific,” which provided luxurious travel between Astoria and San Francisco.

In 1846, the fate of Astoria — and the rest of the Oregon territory — was still uncertain. Though Oregon was still under joint occupancy with the British, many recent American emigrants wondered anxiously how long this would continue. That September, the U.S.S. Shark arrived in Astoria. “It was sent by America’s Pacific Squadron commander to wave the flag and reassure the Oregon Trail emigres,” explains Jeff Smith, museum curator. Like so many ships before and since, the Shark failed to cross the Columbia Bar, and wrecked. Part of the hull came ashore 40 miles south near the town now known as Cannon Beach (how the city got its name!), with several guns intact. Today, two of those cannons are on display at the museum, some of the earliest artifacts pertaining to Oregon state history.

3. Re-connecting Fallen Soldiers and Their Families

During World War II, Japanese soldiers would carry good-luck flags into battle; the flags would often bear well wishes from family and friends, hoping for the soldier’s safe return. On the field of battle, American soldiers would find the flags on fallen Japanese troops and take them home as souvenirs. “Often these flags were the only remnants of a loved one,” Smith explains. “Some vets in the Astoria area … thought it would be great to return these flags to Japanese families.” And thus the Obon Society, a non-profit dedicated to collecting and returning the flags to families, was born. Eighteen of the flags are currently on display at the museum — a moving glimpse into the human costs of war.

4. The Japanese Tsunami Comes to Oregon

The magnitude-9 earthquake that shook northeastern Japan in 2011 unleashed an immense tsunami. More than 120,000 buildings were destroyed, and nearly 20,000 people perished. Debris was washing up on American shores, 8,000 miles away, for years after, including an intact fishing vessel, which landed on Washington’s Long Beach Peninsula in 2013. After officials retrieved it and brought it to the museum, it was a week of hard labor to clean it up, Smith recalls. The boat’s owners were eventually located, and they had replaced the craft. “We sent back some mementos from the boat, and they were placed in the family shrine,” he says.

5. When’s the Next Hurricane? (And Other Weather Mysteries)

Beyond reefs and river bars and pirates, weather has always posed the most puzzling — and deadly — challenge for mariners, especially in the capricious climes of the Pacific Northwest. Have you ever wondered how a hurricane or a typhoon forms, or how climate impacts weather patterns?  The Maritime Museum’s Science of Storms exhibit provides amazing insight into how weather works. A 16-by-10 foot screen displays a host of National Ocean Atmospheric Administration data sets on a global scale, including winds and ocean temperatures. “You can watch hurricanes develop off Africa or typhoons over the Pacific,” Smith adds.

While it’s a haven for history buffs, the Columbia River Maritime Museum is also child-friendly. It offers a range of interactive exhibits, a 3D theater, museum store and the floating lighthouse, Columbia, back from a seven-month restoration.

Find a range of nearby dining options including Buoy Beer Co. and Fort George Brewery — both family-friendly with plenty of outdoor seating — as well as one of the Coast’s top fish-and-chip spots, Bowpicker, right across the street in a converted gillnet boat.