Three Arch Rocks Refuge, comprised of three large coastal rocks and six smaller rocks off the northern Oregon coast, was established in 1907 as the first refuge west of the Mississippi River.

The refuge is 15 acres in size and is one of the smallest National Wilderness Areas in the nation. The refuge protects the largest common murre colony south of Alaska (greater than 200,000 birds) and the largest seabird nesting colony in Oregon, providing nesting and resting sites for common murres, Brandt’s and pelagic cormorants, tufted puffins, and smaller numbers of up to 11 other species of seabirds. Peregrine falcons, brown pelicans (endangered), bald eagles (threatened), Aleutian Canada geese, Stellar’s sea lions (threatened), California sea lions, and harbor seals use the refuge. Public access is not permitted; however, the refuge can be observed from the small town of Oceanside, or from adjacent Cape Meares Refuge.

Severe human disturbance problems at this refuge due to watercraft and aircraft resulted in the establishment of a 500 foot buffer closure zone. Buoys marking the closure zone are deployed annually, and remain around Three Arch Rocks from May through September. 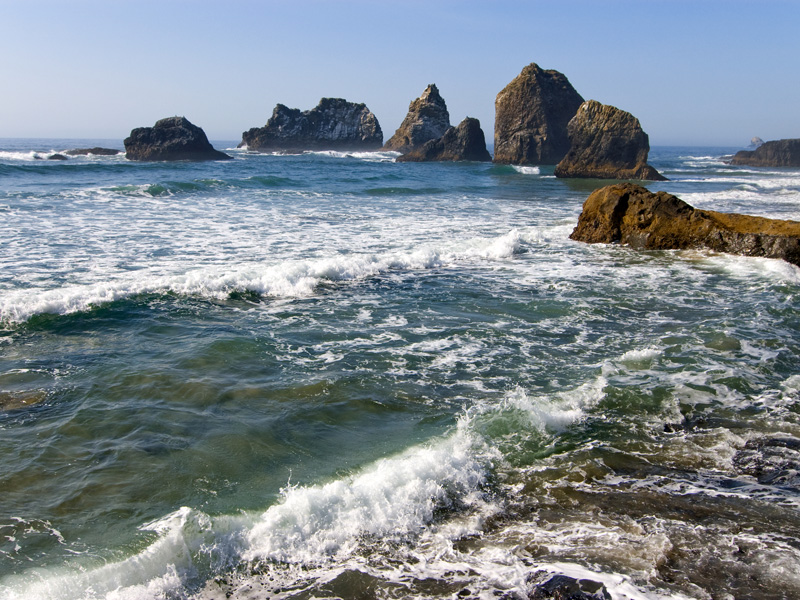