Siletz Bay National Wildlife Refuge consists of some of the most scenic estuarine habitat along the Oregon Coast National Scenic Byway. On either side of Highway 101, starched skeleton trees jut forth from the Siletz estuary and are reminiscent of a time when the salt marsh was fully diked.

Red tailed hawks, bald eagles, and other raptors can often be seen roosting at the top of these snags; and a variety of estuarine-dependent birds including great blue heron, great egret and many species of waterfowl can be seen foraging in the tidally influenced waters. The Siletz Bay Refuge has an active land acquisition program and now totals over 500 acres, with several acquisitions pending.

The refuge protects high quality coastal wetlands and uplands next to Siletz Bay from encroaching development, and enhances habitat for a variety of birds and mammals. The Siletz Bay and River system supports large runs of anadromous fish including Chinook and Coho salmon, cutthroat trout, and steelhead. Juvenile salmonids will benefit from several planned tidal marsh restoration. 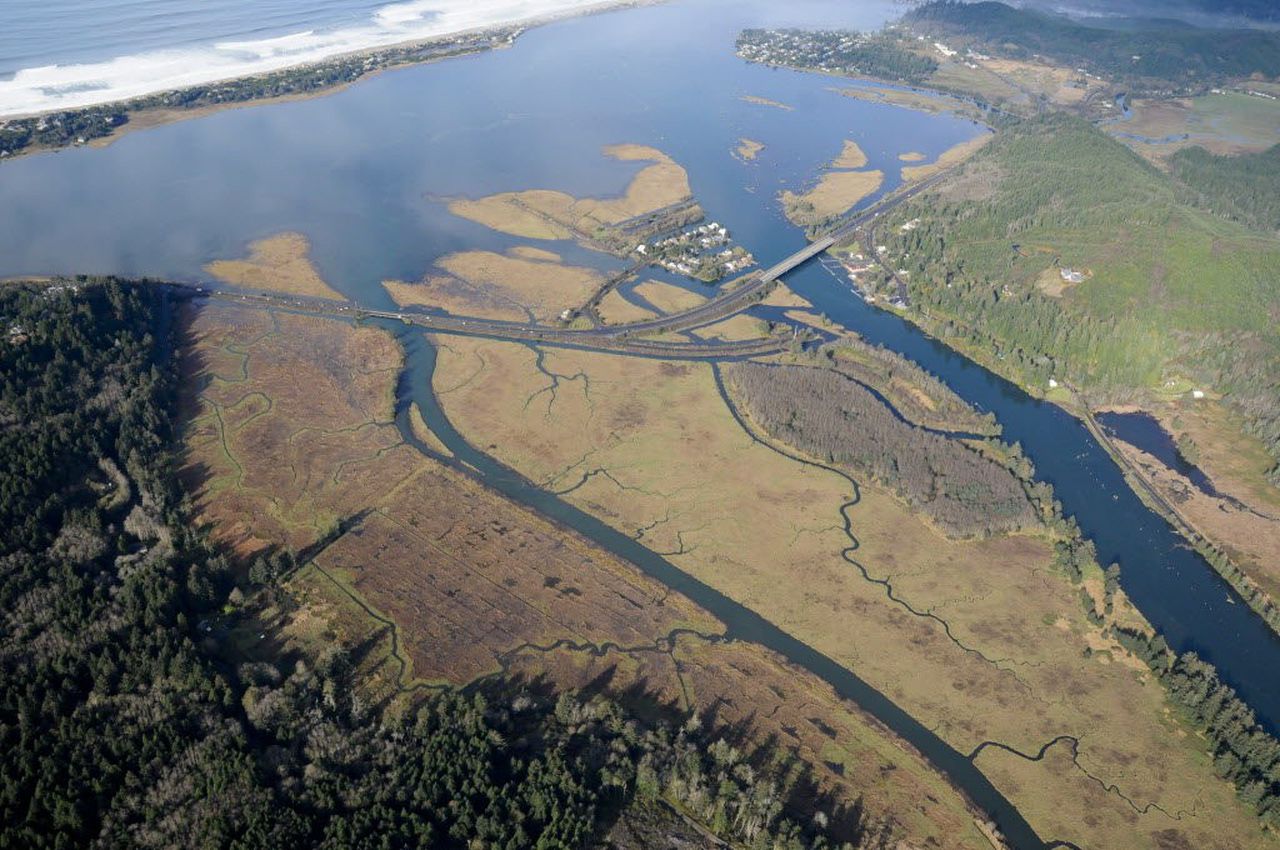 Siletz Bay National Wildlife Refuge
Is any of the information on this page incorrect? Suggest an update
Ready to hit the road? Bring our travel magazine along.