Arch Rock is a massive natural rock arch standing alone in the Pacific Ocean. Many picnic tables shaded under the coastal forest sit nearby for anyone looking to enjoy a pleasant picnic along the southern Oregon coast. From the parking lot a small loop trail winds around the cliff edge, providing awesome views of the coast and of Arch Rock.

Arch Rock is found within the Samuel H. Boardman State Scenic Corridor, one of the most rugged sections of the Oregon coast. The particular geology of this coastline creates plenty of sheer cliffs, sea stacks, and natural arches. Eons of erosion from winds and waves grinds down the rocks and forms these beautiful features. The natural arches form from cracks and crevices that weaken and fracture into notches. These notches grow into sea caves in the cliffs and sometimes collapse to form blowholes. After thousands of years, only the strongest parts of the rock remain even after the shoreline has receded hundreds of feet. Arch Rock is the strong piece of rock that remains from many many years of erosion. Over several thousand more years this natural arch will likely collapse during a violent storm when pummeled by massive waves. 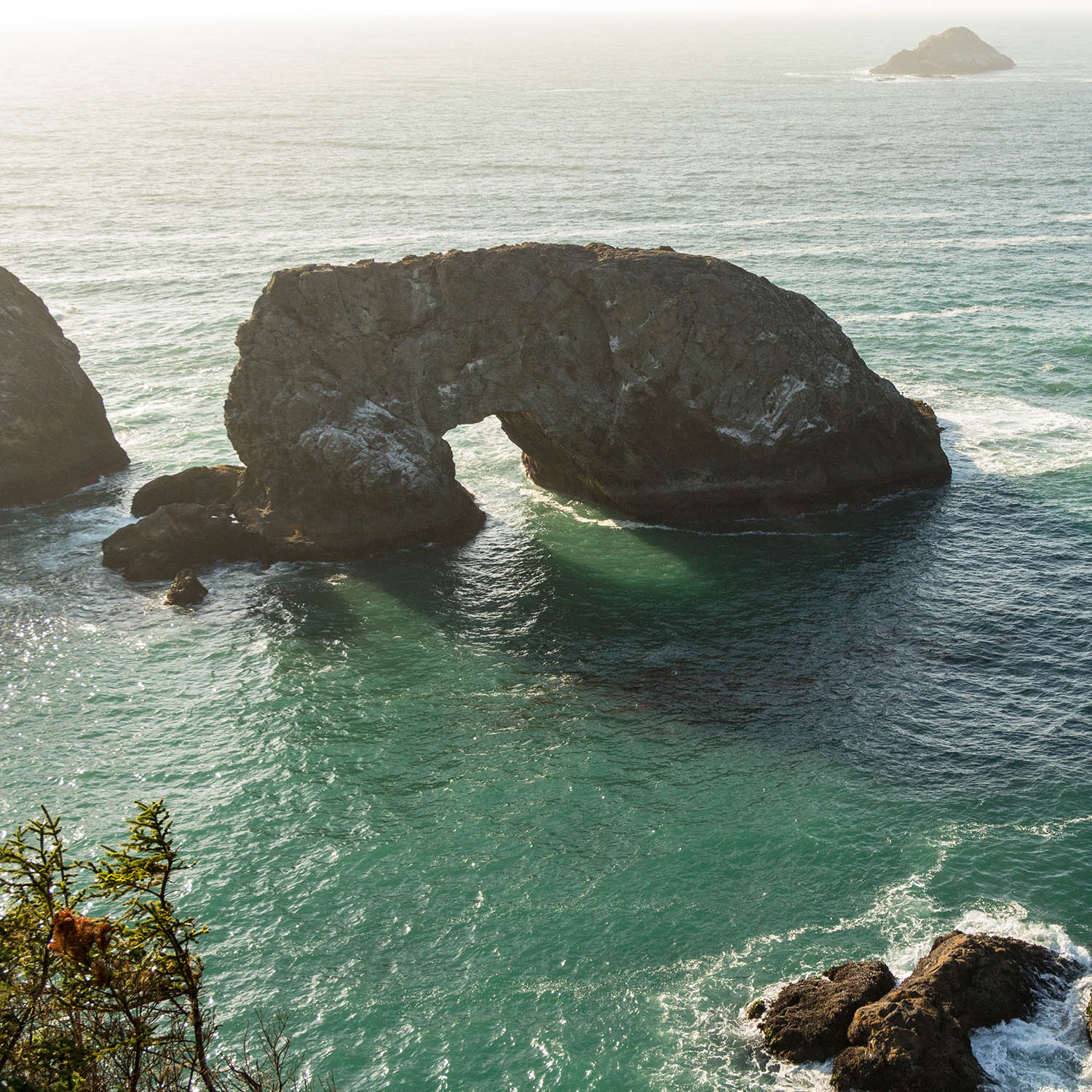 Arch Rock Viewpoint
Is any of the information on this page incorrect? Suggest an update
Ready to hit the road? Bring our travel magazine along.