The Goodpasture Covered Bridge, the second longest covered bridge in Oregon, is one of the most photographed covered bridges in the state. The structure has superb architectural detailing, including 10 gothic style louvered windows on each side, false end beams, semi-elliptical portals, and a 165 foot housed Howe truss.

Lane County spent $13,154 constructing the bridge in 1938 and it was named for the pioneer Goodpasture family, who settled near the town of Vida. Increased traffic weakened the bridge and in 1987, County officials decided to rehabilitate it instead of bypassing it. Lane County spent $750,000 to complete work on the bridge, road, approaches, and wing wall. 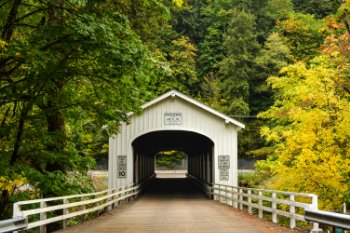 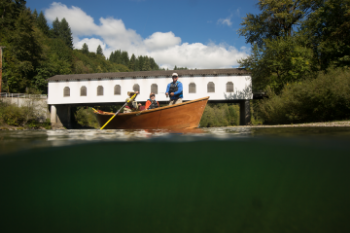 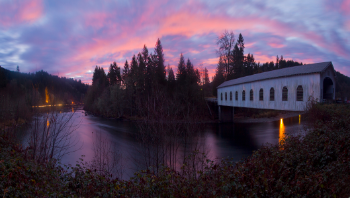 Goodpasture Covered Bridge by David Putzier
Is any of the information on this page incorrect? Suggest an update
Ready to hit the road? Bring our travel magazine along.