The hot springs themselves rest at the foot of a large bluff, and were often used by Native Americans for its medicinal powers before settlement and colonization occurred in the area; the lake was named “Ea-Kesh-Pa” by the Nez Perce. Later it became a popular stop for weary travelers on the Oregon Trail.

The famous 1906 brick hotel, now under renovation, was once called the “Mayo Clinic of the West” and attracted visitors and patients from around the world.

In 1864, Fitzgerald Newhard built the first wooden structure of the building, which faced toward the bluff rather than outward toward the lake. The structure was similar to the contents of a modern-day shopping mall, containing a post office, blacksmith, dance hall, barber shop, bath house, and several other businesses.

By 1884, the Union Pacific Railroad commenced its construction, running near Hot Lake. In 1903, the original wooden structure was demolished, and construction began on a new hotel and various bath houses. Dr. Phy became involved with the project in 1904, and the brick structure of the building began to be built two years later. Well-renowned architect John V. Bennes of nearby Baker City has been attributed to the architectural design of the building, reminiscent of the Colonial era; Bennes also designed countless buildings on the Oregon State University campus, as well as several buildings in Portland, Oregon. By 1908, the brick building was complete, housing just over 100 guest rooms. Soon after, the Central Railroad of Oregon built a 4-mile (6.4 km) line from Richmond directly to the hotel in 1912.

In 1917, Dr. Phy purchased the hotel and resort, renaming it “Hot Lake Sanitorium”, housing guest rooms, medical wards, offices, and a kitchen/dance hall. The building was from then on known not only as a resort for the rich, but also as a hospital for the ill; the geothermal mineral waters from the springs were used and experimented with to help treat patients and guests, making the resort a pioneering figure in western experimental medicine.

By 1924, the hotel was a major tourist attraction; countless new visitors arrived daily from all over the world. The Mayo brothers, founders of the Mayo Clinic, were frequent visitors to the hotel, as well as Wild Bill Hickok. Dr. Phy, the central manager and owner of the property, died in 1931 of pneumonia.

Hot Lake’s heyday lasted into the mid 1930s. A devistating fire in 1934 destroyed all wooden structures, but the 1906 brick building survived.

In 2003, the building, which was literally falling apart, was purchased from Charles and Louise Rhea by David Manuel. Restoration began soon after; the building was greatly dilapidated, with all 368 windows broken and/or missing, and a sparsely-remaining roof. After two years of construction, it was opened to the public for tours in 2005, while individual guest rooms were still being sponsored and renovated. In 2008, the west wing of the building collapsed. In 2010, the building functioned as a bed and breakfast, with dozens of restored rooms, a spa, restaurant, bronze foundry, and a museum. By 2019 the harsh Eastern Oregon elements had begun to undo years of hard work by the Manuel family.

The owners of Grande Hot Springs RV Resort next door to Hot Lake Springs purchased the Hot Lake property in 2020. Restoration is underway and will include many historic preservation projects, including the Grand Entry Porch, Veranda, Balustrade, and Historic Spring House. Current amenities include an updated hot springs soaking area, updated rooms, and beer, wine, and cider sales on-site.

The Thermal Pub and The Movie Theater at Hot Lake is open for both guests and the public.

Day Use Reservations Now Open to the Public: (Winter 21/22) – Day Use Soaking is available by appointment only 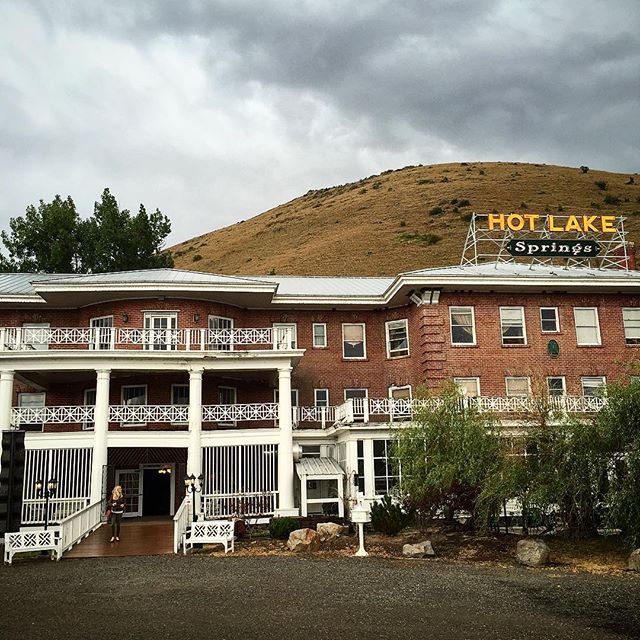 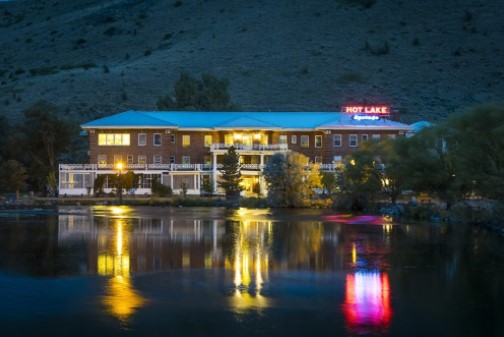 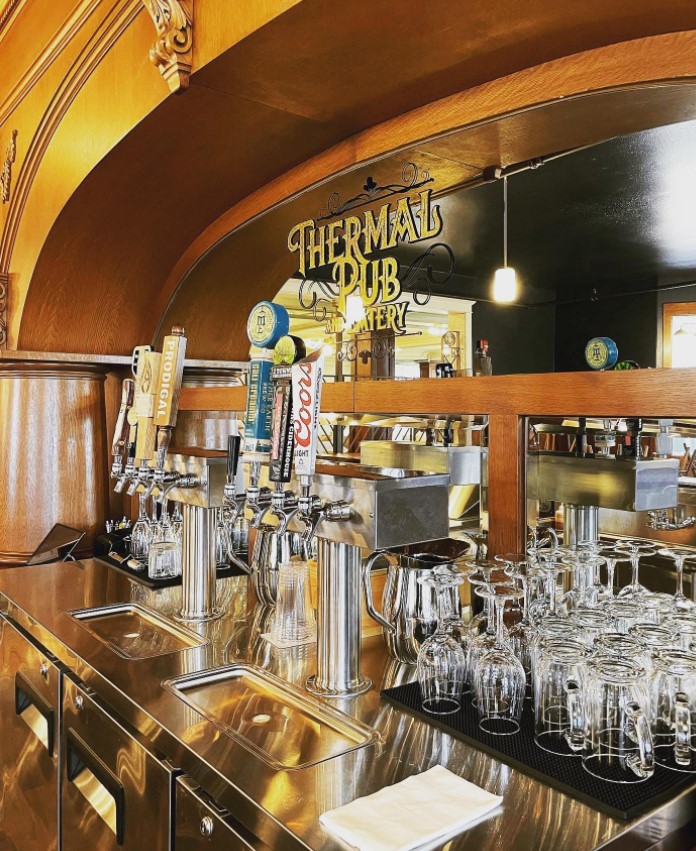 Thermal Pub at The Lodge at Hot Lake Springs 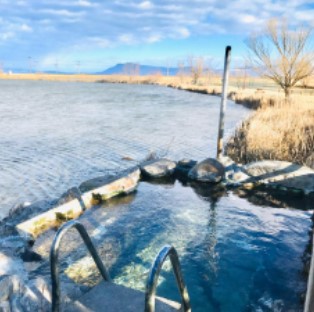 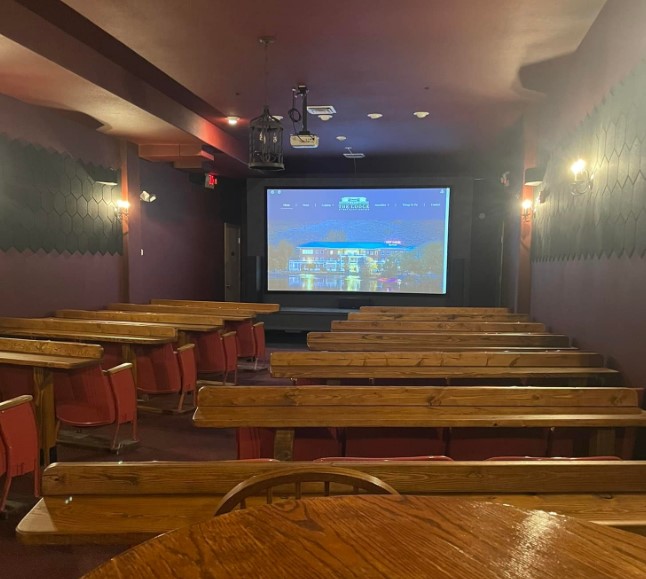 The Movie Theater at The Lodge at Hot Lake Springs 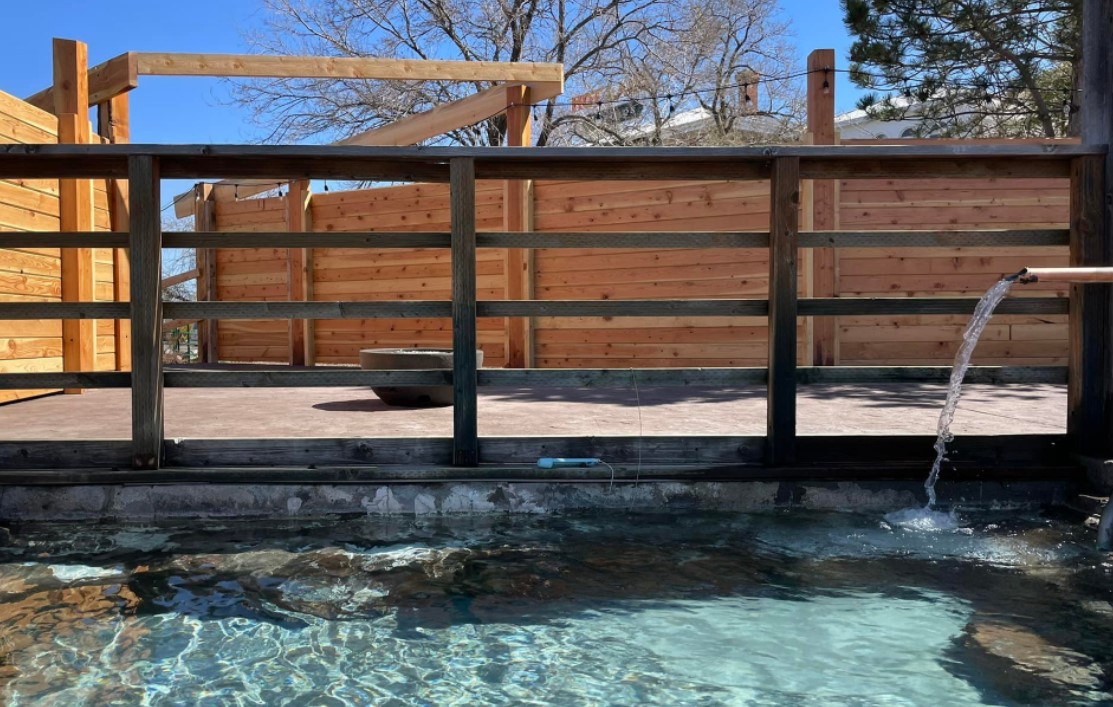 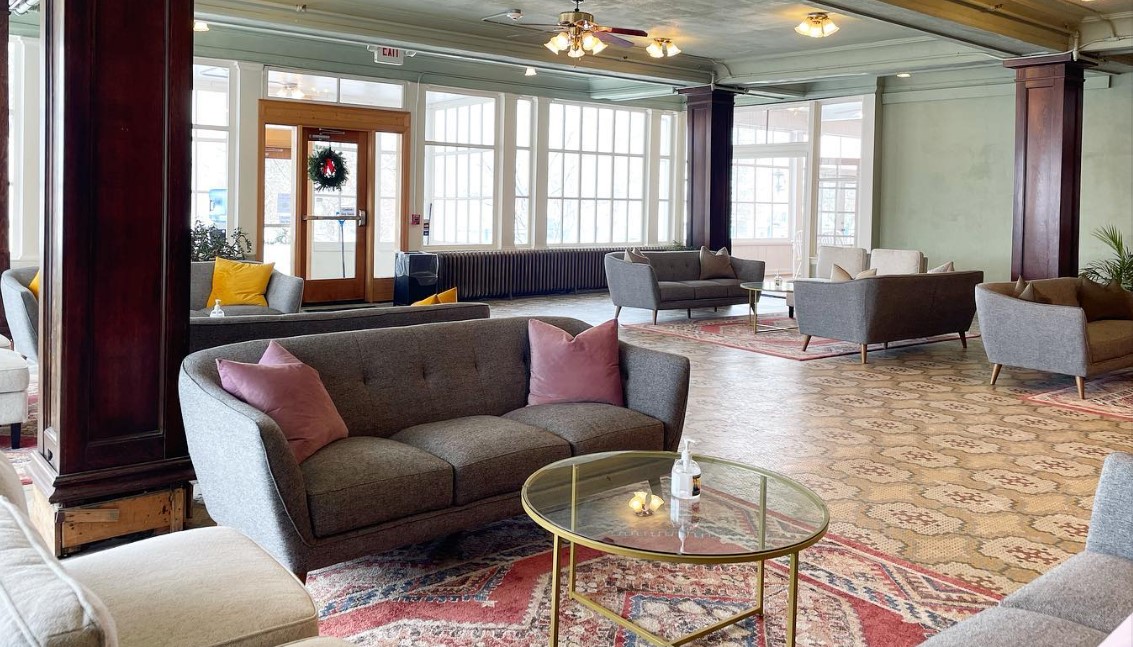 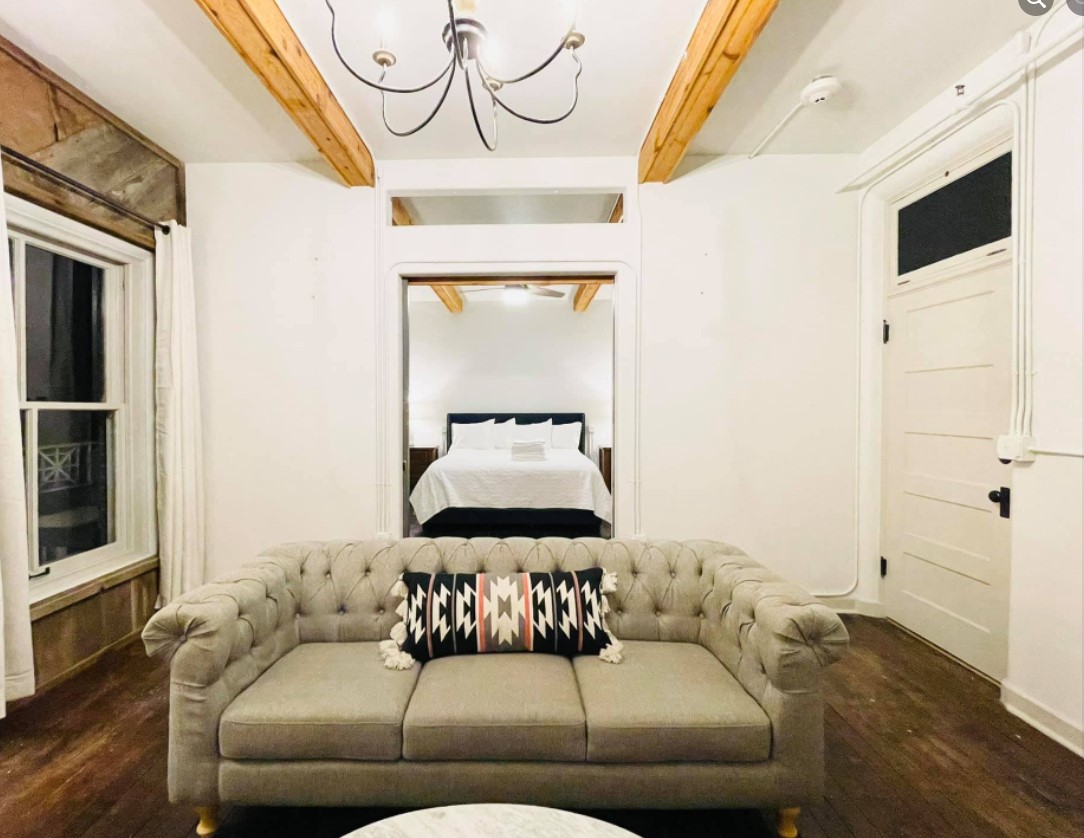