Step into the Butler Butte Cabin and step back in time to the days of WWII, when the threat of forest fires wasn’t just from lightning strikes. Butler Butte Cabin sits at an elevation of 5,500 feet in an open grassy understory, hemmed in by old-growth forests and sub-alpine meadows. In spring, meadows welcome a pallet of lush green grass and wildflowers, and in fall, vivid colors mark the changing of seasons. The forest showcases a variety of old-growth pine, fir and cedar.

Located in the Tiller Ranger District in southwestern Oregon, the cabin offers relaxation and recreation for visitors in the spring and summer. A 4-wheel drive or high clearance vehicle is recommended. The roads are not plowed in the winter. During an average winter, up to a five-mile snowmobile, cross country ski, or snowshoe excursion is often required to reach the cabin; and guests must bring several of their own supplies.

Built in 1942 as an Aircraft Warning System (AWS) Station, this site served as a strategic location to watch for invading Japanese planes and balloons loaded with incendiary devices meant to set American west coast forests ablaze. Observers staffed this mountaintop station, watching for signs of invasion or fire. A 20-foot lookout tower, built in 1932 for fire observation, was used for lookout purposes by AWS from early 1942. After the threat of invasion subsided the lookout and cabin were used solely for fire observation. The lookout was burned prior to 1958, as it was no longer used.

Large mammals such as elk, deer, black bear, and cougar, as well as the smaller residents, squirrels, fox, raccoons and bats are supported by the diverse forest habitat in the area. Learn more about bear safety.

Enjoy hiking in the summer months, as well as picking huckleberries and watching many varieties of birds fly in for a meal. During the winter, go snowmobiling, snow shoeing, and cross-country skiing or build a snow fort. The cabin is also within a short driving distance of the scenic road along the Rogue-Umpqua Divide. Be sure to bring a camera and binoculars.

The one-room cabin is equipped with a double bed and two single beds with mattresses. Amenities inside the cabin include a heater, lights, a cooking stove with an oven and a refrigerator, all powered by propane, which is provided. Outdoors, a picnic table, campfire ring, an outdoor grill (non-propane) and vault toilet are provided. An area for pitching a tent is also on-site.

Guests must bring several of their own supplies. The cabin does not have food, cooking utensils, sleeping bags, sleeping pads, towels, dish soap, matches, cooking gear, toilet paper or garbage bags. Wood may be available, but the supply cannot be guaranteed.

There is no water available at the site. Guests must bring water necessary for drinking, cooking and washing. Potable water is available at a spigot in front of the Tiller Ranger Station office (an hour’s drive).

Although propane generated lights are available, bringing an additional light source is recommended (such as flashlights and lanterns).

Visitors may want to take some time to visit nearby Crater Lake National Park for a glimpse into the areas fascinating geological and cultural history. 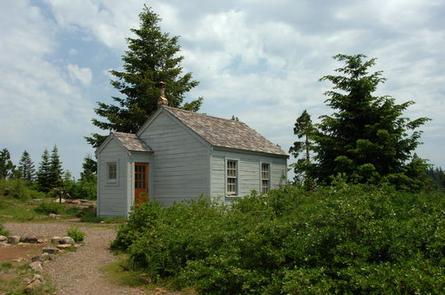 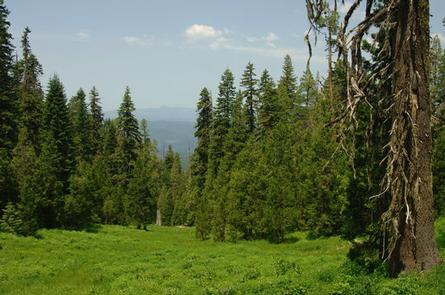 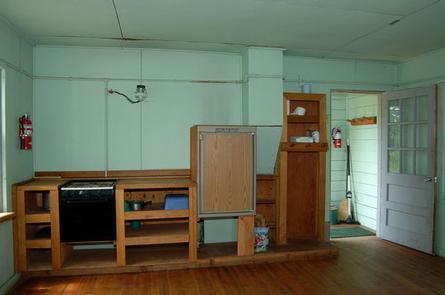 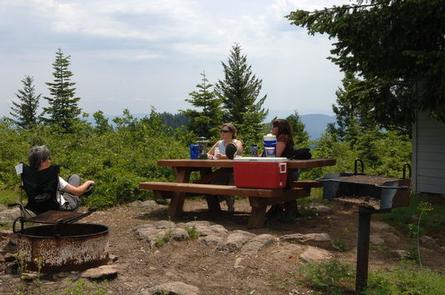 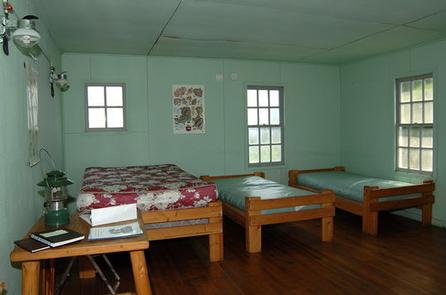 Umpqua National Forest
Idleyld Park, Southern Oregon
Is any of the information on this page incorrect? Suggest an update
Ready to hit the road? Bring our travel magazine along.