How to Bring Oregon’s Magic to Life

Behind the scenes of the “Only Slightly Exaggerated” animated film
Alison Hallett, Guest Author

Shooting stars streak across the night sky as the sun sinks into the Pacific Ocean. Hot air balloons soar over wine country, grape vines unfurling beneath them. Wild horses stream through a desert canyon, and giggling children ride a giant rabbit through a vibrant field of tulips. This is Oregon, “only slightly exaggerated,” as depicted in a dazzling short film that we spent months producing with Wieden+Kennedy. In its first two weeks online, the video racked up around five million views on social media, and hundreds of commenters have asked us how the project came to life. Here’s the behind-the-scenes creation story.

Breaking All the Rules

The animated video — which was written and produced by Portland-born creative agency Wieden+Kennedy and animated by Psyop and Sun Creature Studio — breaks every convention in the travel industry.

“Pretty much every travel campaign looks and feels the same,” explains Wieden+Kennedy copywriter Ansel Wallenfang. “There’s beautiful photography, slow motion waterfalls, time lapse sunrises and sunsets — it’s all lovely, but it’s all been done before. We wanted to take a step further and do something we’d never seen.”

Oregon’s landscapes are rendered like outtakes from a fantastical dream. The depictions of sand crabs, salmon and wild horses — they’re drawn from Oregon’s real-life animal populations. The rain-making cloud man, giant bunny and ambulatory mushrooms — not so much.

“We didn’t want to just make a checklist of places for people to see,” says Nick Stokes, an art director at Wieden+Kennedy. “We wanted to capture the feeling of being in Oregon. And to do that, we needed to exaggerate, just a bit. Animation was the perfect way to capture all those complex ideas and feelings.”

As Oregonians well know, Oregon in the springtime is a magical place, perfect for blurring the line between fantasy and reality. “Geographically, Oregon is incredibly diverse,” says Wallenfang. “There are so many varied and beautiful terrains that feel like they were plucked right out of the greatest tales of fantasy and adventure. We found even some Oregonians were surprised to learn we have vast deserts.”

The creative process took nine months from inception to completion, and brought together more than 90 creative people and 61 musicians from across the West Coast and as far away as Europe.

The animation was provided by Los Angeles-based studio Psyop, who landed the gig thanks to an impressive pitch and their genuine enthusiasm for the collaboration, and by the Copenhagen-based studio Sun Creature.

“We love all styles of animation, but we knew most were not going to be right for what we wanted to make,” Stokes explains. “As we worked with Sun Creature on characters and backgrounds, we found it was easy to create things that felt childish, which wasn’t right. And if we tilted too far the other way, the designs started to feel too anime, which we didn’t want either. So we kept honing it in until it felt like we found the right balance of sophistication and whimsy.”

The music that scores the video was written by the Emmy®-award winning composer Jim Dooley and recorded with the Oregon Symphony in downtown Portland at the Arlene Schnitzer Concert Hall. “The whole process of creating the music was a dream for us,” explains Wallenfang. “From the beginning we were really hoping to work with the Oregon Symphony. So we showed them the early animatic of our work and they were thrilled to be a part of the project.”

The result has resonated with viewers across the world, says the Wieden+Kennedy team. “We’ve been getting all sorts of messages from people from all walks of life,” says Stokes. “Students from all over the world who are inspired by the work, people who moved away from Oregon and want to come home, and others who are booking their first trip to Oregon and can’t wait to come visit.”

The Wallowas by Joni Kabana

Want to experience Oregon’s magic in real life? All of the locations in the “Only Slightly Exaggerated” film are places you can actually visit. Here are some of the featured spots that inspired the creative team behind this multimedia project. 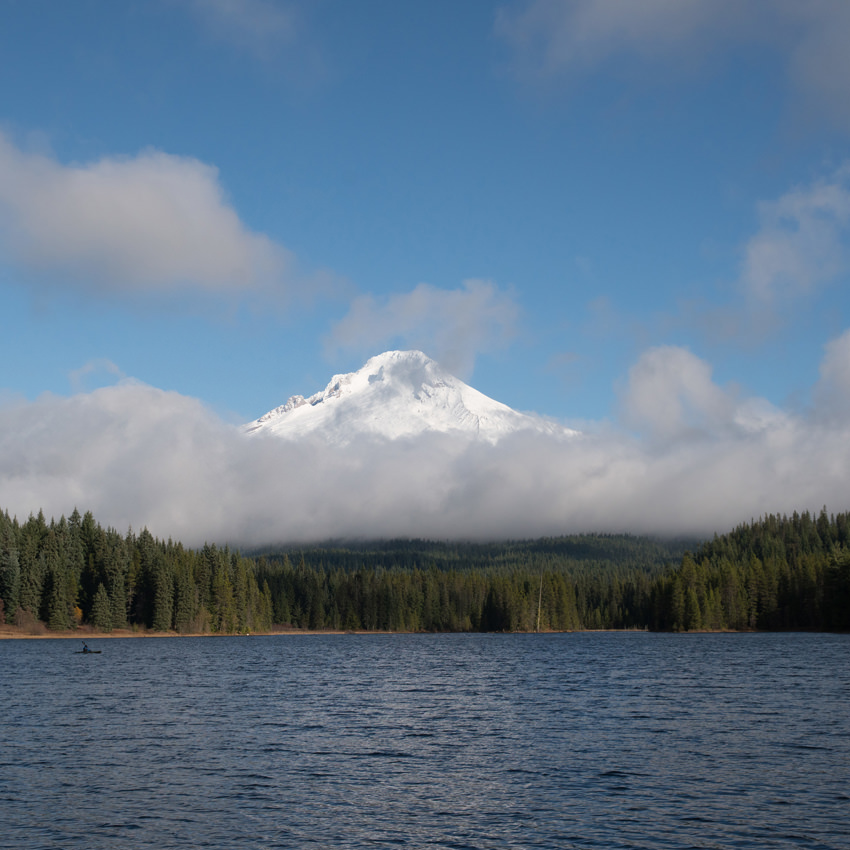 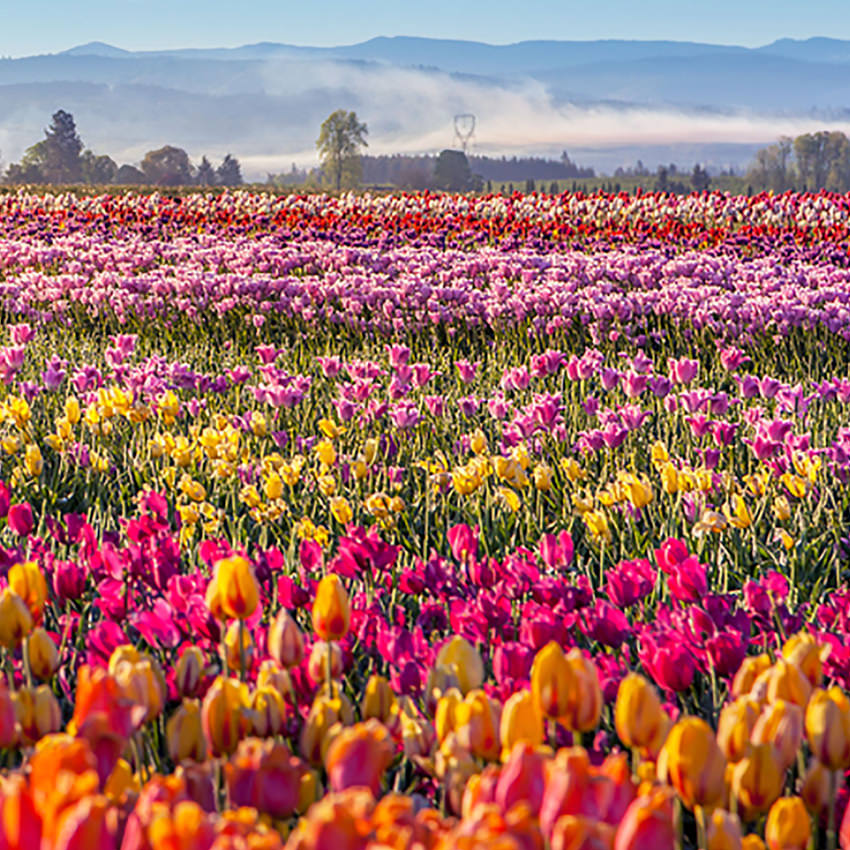 Every spring, the Wooden Shoe Tulip Fest showcases more than 120 varieties of tulips at a sprawling farm in Woodburn. (No giant bunny sightings have been reported — yet.)

The Willamette Valley is also home to more than 500 vineyards. Tour the region by bus, bike and, yes, hot air balloon. There are some 18 wine grape-growing regions in Oregon. Learn more here. 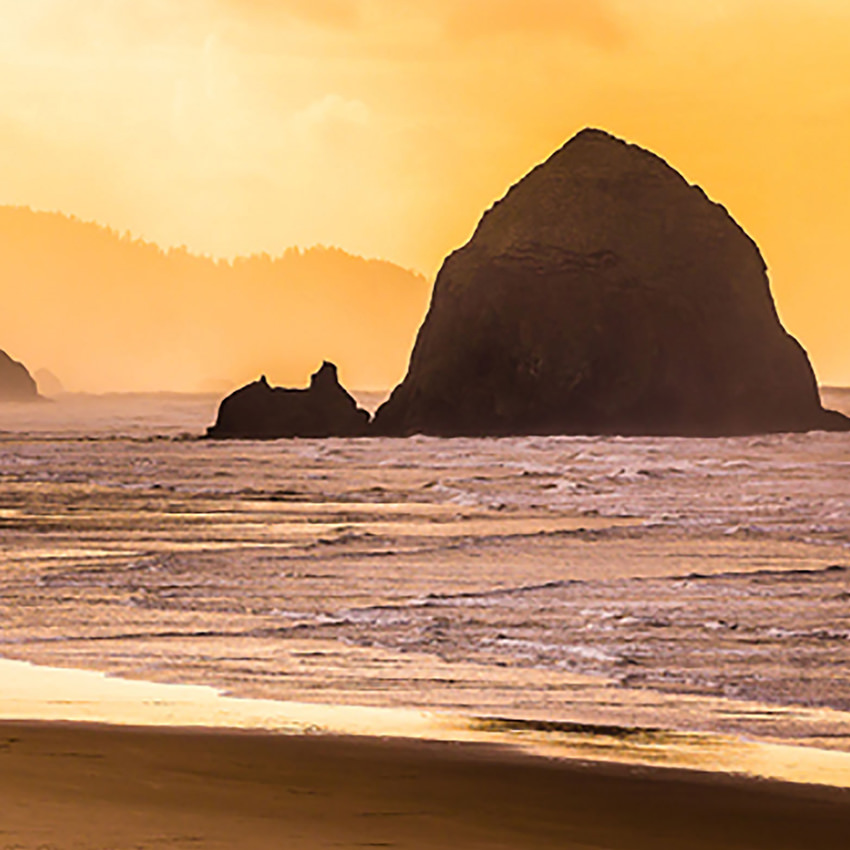 Located in the town of Cannon Beach, Haystack Rock is an iconic feature of the rugged Oregon Coast — one of many stunning rock formations — and a famous one at that; it was featured in another made-in-Oregon film, “The Goonies.” 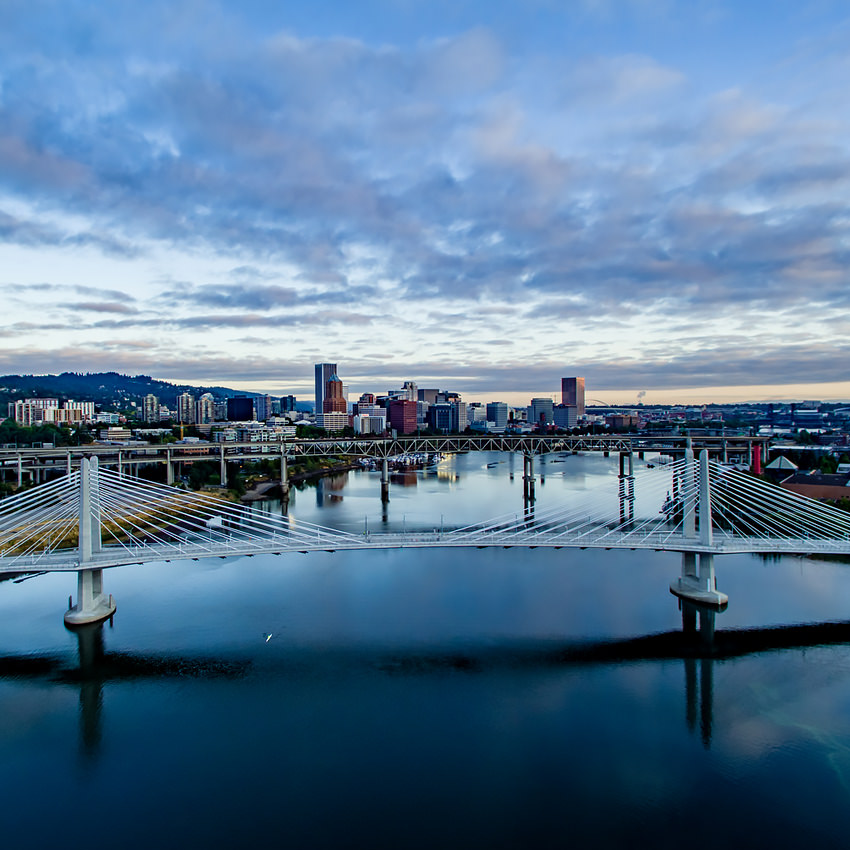 Its downtown waterfront, crisscrossed by bridges, earned Portland the nickname “Bridge City.” Every June, teams of rowers race dragon boats through the middle of the city during Portland Rose Festival’s Dragon Boat Races. 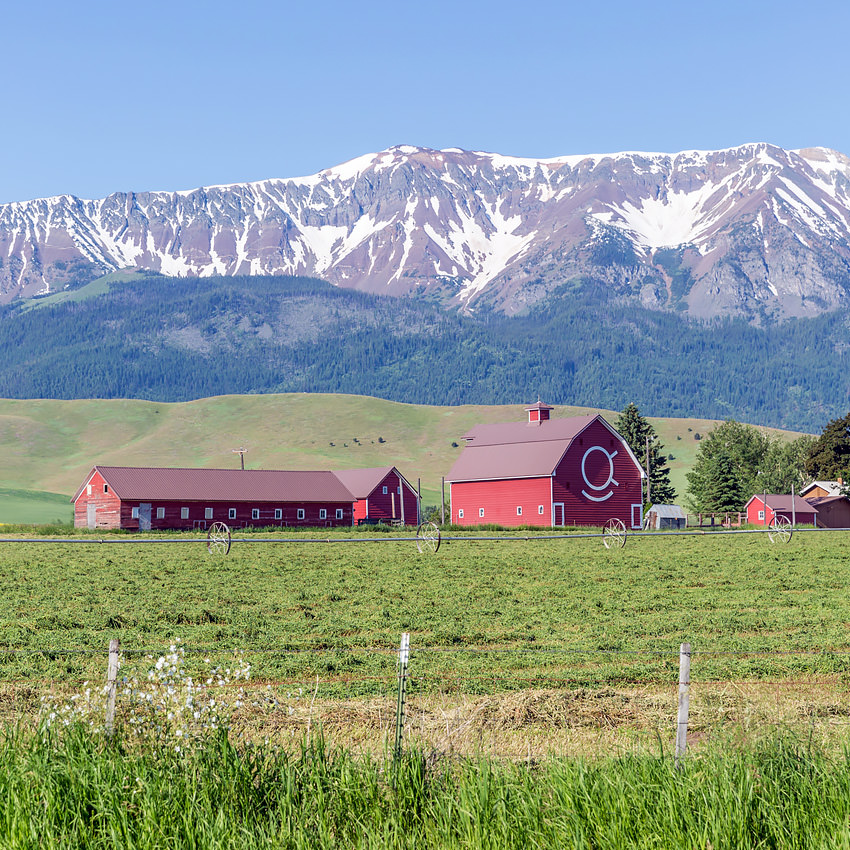 Sometimes dubbed the “Swiss Alps of Oregon,” the Wallowa Mountains are an astoundingly scenic setting for backpacking and sightseeing. 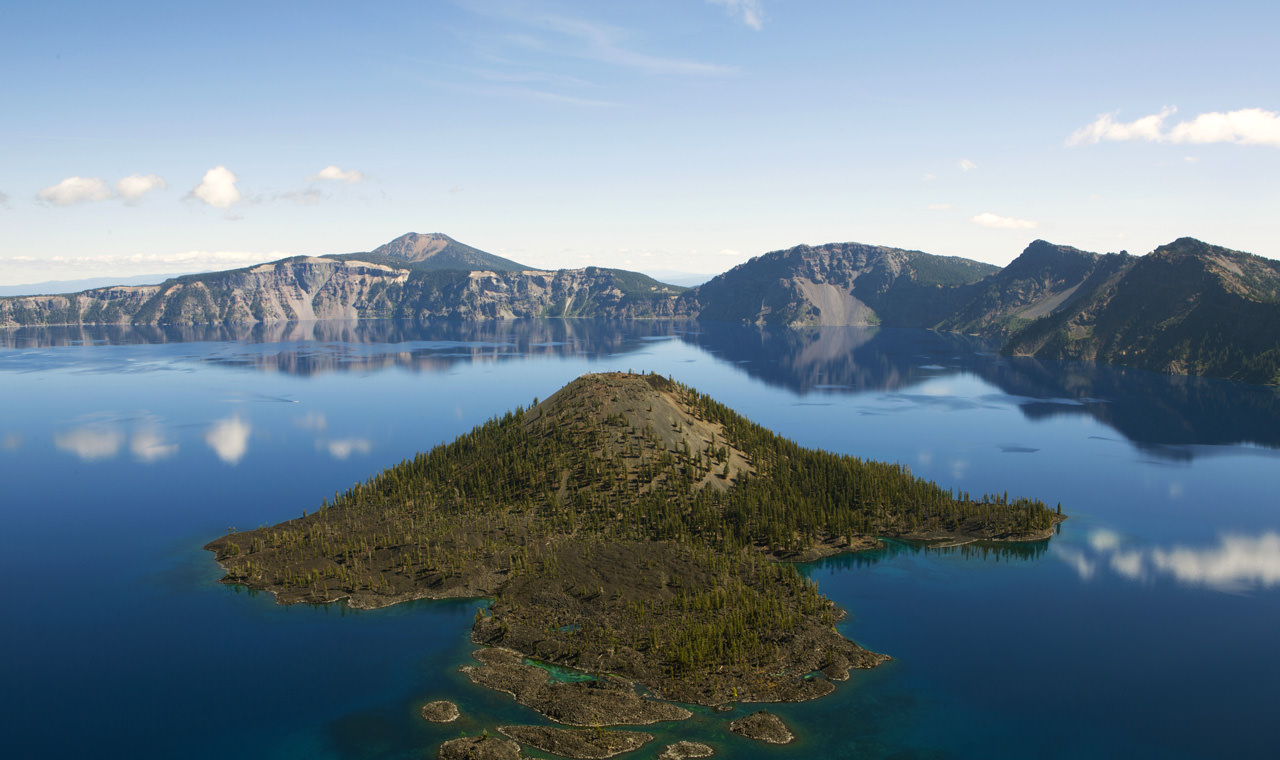 The deepest lake in the United States, Crater Lake derives its otherworldly blue color not from some alien-spirit influence (watch the video to understand), but from its depth and the purity of the water. 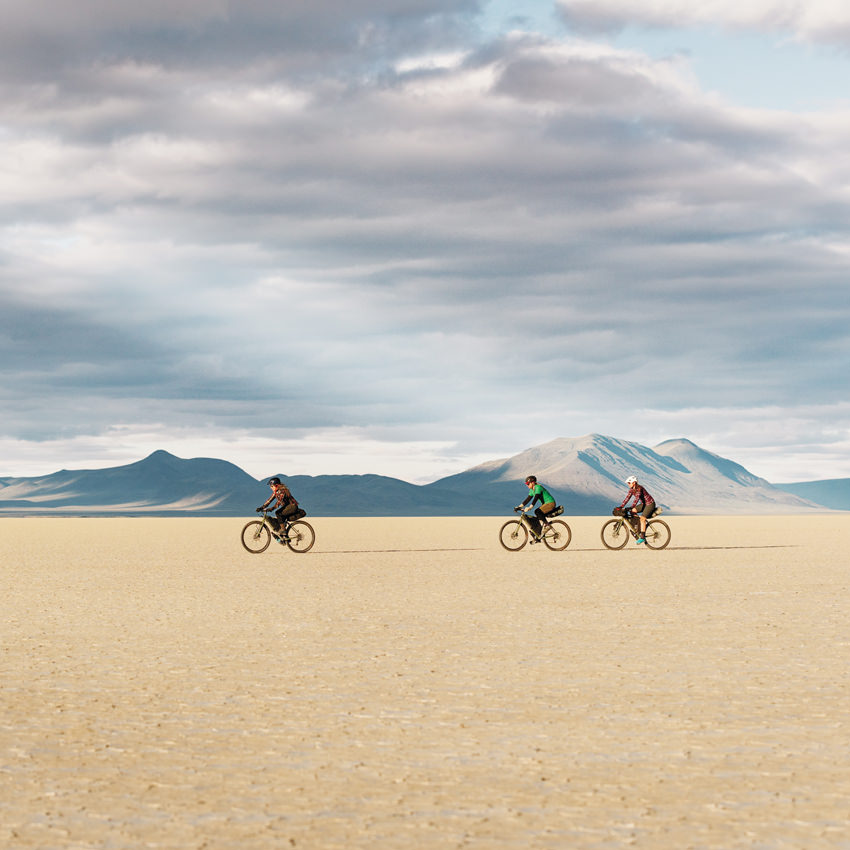 The Alvord Desert in Southeastern Oregon is an alkali desert and the driest region in the state, presided over by nearby Steens Mountain. 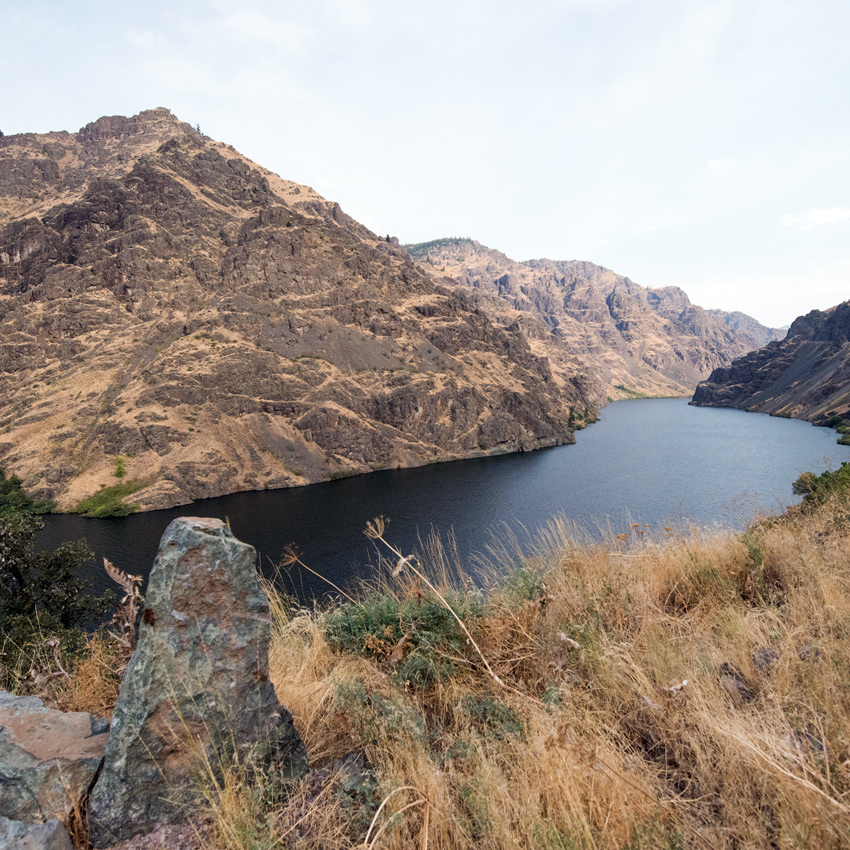 White water rafting on the Snake River, which flows through the perilously named Hells Canyon, is one of Oregon’s most exhilarating outdoor activities. Find out more about Oregon’s many rivers perfect for rafting.