Timberline’s Summit Pass (formerly known as Summit Ski Area) is officially part of the Timberline ski area as of July 2021, increasing Timberline’s vertical terrain to 4,540 feet, the longest in the United States. Located in Government Camp, Oregon, the Summit Pass Lodge and base area offer affordable access to its beginner ski and snowboard terrain, as well as lessons, rentals, a restaurant and snow tubing area.

While this entire giant vertical, from Timberline to Summit Pass, is not yet lift-serviced, it is accessible via other transportation methods and available when there is enough snow at all elevations. In the winter, skiers and snowboarders with a lift ticket or season pass can take the Timberline Resort Shuttle from Summit Pass in Government Camp up to Timberline. At Timberline, catch the Magic Mile Chair Lift up to the Palmer Snowcat access point to be taken to the top of Palmer. Enjoy the ride down to the Alpine Trail or West Leg Road, which ends at the bottom of Summit Pass.

Summit Pass was established in 1927, making it the second oldest continuously operating ski area in the United States. 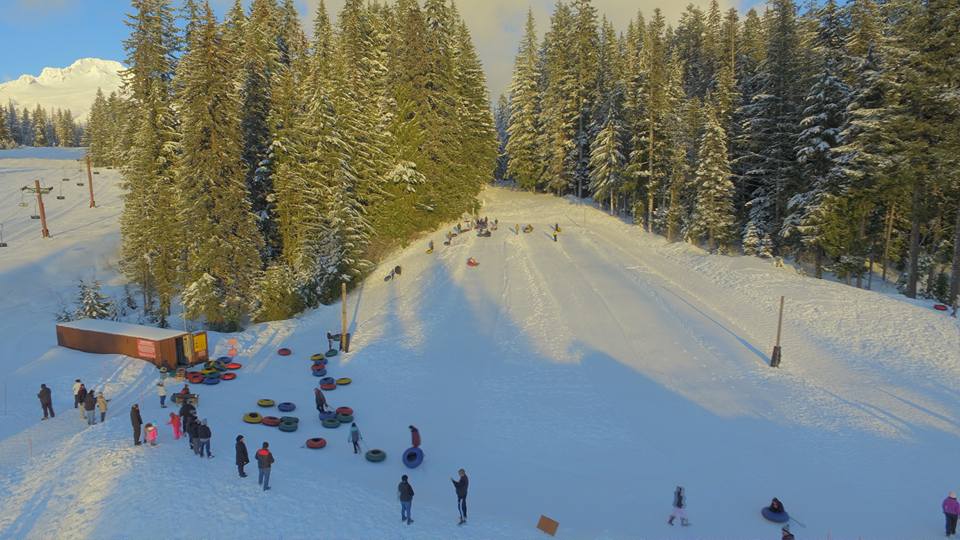 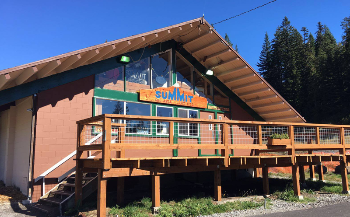 The lodge at Summit Ski Area.