The Secrets of Northwest Steelheaders

Tillamook County is blessed with an abundance of rivers. Each hides secret prizes and angling adventures — like winter steelhead, the silver-sided prizes that anglers will endure tough outdoor conditions to catch.

Steelhead fisherman Mark Anderson says he especially loves this time of year, when winter’s cold and wet conditions rule, “This is the kind of day you like to be on the water: it’s cold but the sun is shining, no rain in sight.”

According to Anderson, Tillamook County waterways like the Wilson River hold fast water secrets. The two of us move along the banks of the river in the Oregon Coast Range, looking for the pockets of whitewater where Anderson says “eager biters” are likely to hold.

“Pocket water is the very head of a river’s run where it riffles before it levels off and smooths out,” notes the longtime angler.

Anderson likes to cast into a river’s hidden places where water narrows and races; he tries to reach deep holes that hold big fish. He says, “Fish will tuck in at the head of that hole because it provides cover for them and they feel safe.” 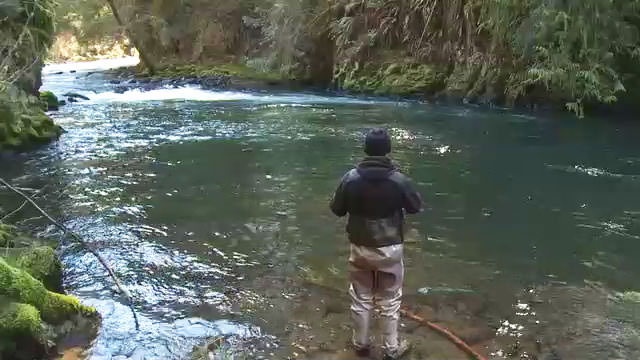 It’s important to be on the move. Anderson rarely spends more than 30 minutes at each spot because more pocket water steelhead wait around every bend.

“I never really quit steelhead fishing,” says Anderson. “It’s my year-round passion. I always seem to have a rod that has a jig on it for steelhead in April and May for the winter run; and then the summer runs take over. Oregon is blessed with opportunities and I so love that about my home state.”

At a favorite location, high in the river watershed, Anderson casts across a small pocket of whitewater where he thought a fish might hold.  In a matter of seconds, his bobber disappears.

“There he is!” shouts the confidant angler who had experienced this routine many times before.

It was a wild steelhead — about 8 pounds — somewhat dark and sporting the tell-tale crimson bar across the length of its jaw. Anderson quickly lands and releases the fish.

He then begins casting his jig into the foamy water again, saying, “That was great. Maybe we’ll get another one!”

That’s a promise sure to please the gathering of anglers a few miles downriver at the Smith Family Homestead along Highway 6. It’s where a Steelhead Clinic, sponsored by the Tualatin Valley Chapter of the Northwest Steelheaders, is taking place. 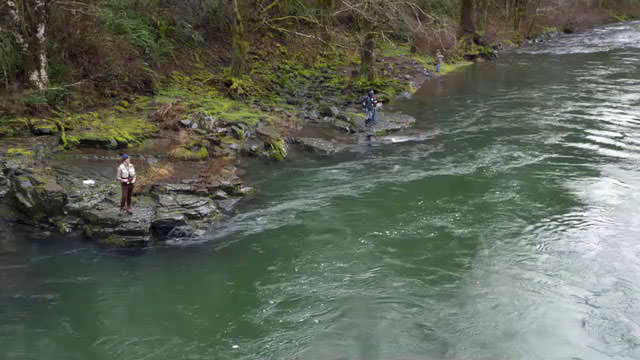 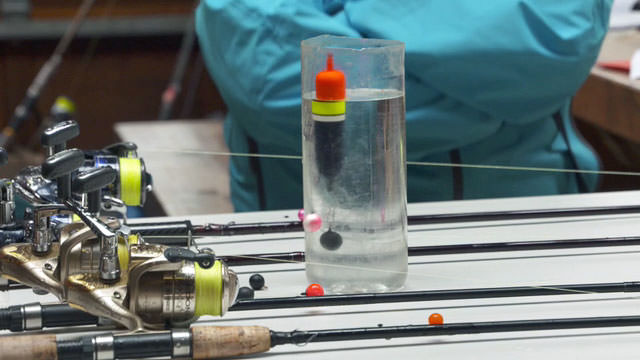 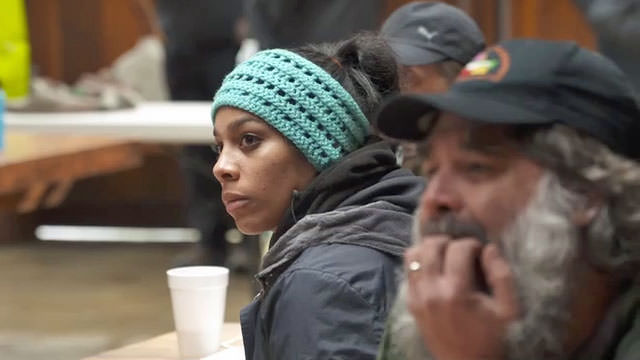 “Well, you got to start somewhere and so we teach them how to put the gear together,” says VanderPlaat. “So we make sure they’re using the right gear and using the right kinds of things that catch steelhead.”

For nearly six decades, the Northwest Steelheaders have been sharing their expertise with more than 2,000 members in 11 chapters across Oregon. It’s not just how to catch a fish, but also understand what fish need to thrive.

The Northwest Steelheaders also donate time and raise money to buy aquariums so students can raise eggs to fry in 45 schools in Washington County.

We recently joined a group of Northwest Steelheaders on their so-called “delivery day.” Leroy Schultz holds 500 trout eggs that were donated by the Oregon Dept of Fish and Wildlife. The eggs will become fry over the next six weeks.

The Eggs to Fry experience is a launching point for students’ studies. The fish become the foundation for writing assignments, science vocabulary, math lessons and even art projects.

“[The students] are going to be the keepers of our rivers and lakes,” says Schultz. “We want them to know that they are going to carry that responsibility and carry on for us in the future.” 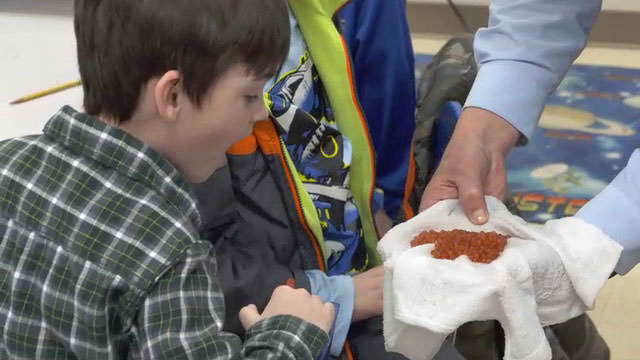 There are now more than 700 tanks are in Oregon classrooms and each tank serves more than 90 students.

“Those are our future fishermen in those second-, third- and fourth-grade classrooms,” says VanerPlaat. “They’re learning about the life cycle of salmon, steelhead and trout. They get real responsibility to raise those fish.”

Meanwhile, back on the Wilson River, Northwest Steelheaders instructor Tim Lenihan offers hands-on lessons to newcomer Marika Synak. He says she has never cast with a rod and reel until just now and she’s doing great — “awesome actually!”

When asked if she’d ever done anything like this before, Marika replies, “Oh no, but I want to learn. I want to go catch these big fish that I see in magazines or online. This is a great way to start.”

I ask Marika, “Did you know that they call winter steelhead a fish of a thousand casts?”

She laughs and says, “Aahhh, not sure I like that part. But I do like the outdoors and being on the river and maybe I’ll catch one today!”

Marika’s eagerness and enthusiasm are contagious, according to instructor Lenihan. He says many newcomers fall in love with the Oregon outdoors through the clinics.

“Our idea is to teach them the techniques! If someone catches a fish at one of these events, that’s a big bonus,” Lenihan says. “But that’s not really the goal of getting them out here today. We want to teach the basics and where to cast and how to use the equipment and then motivate them to get out here on their own.” 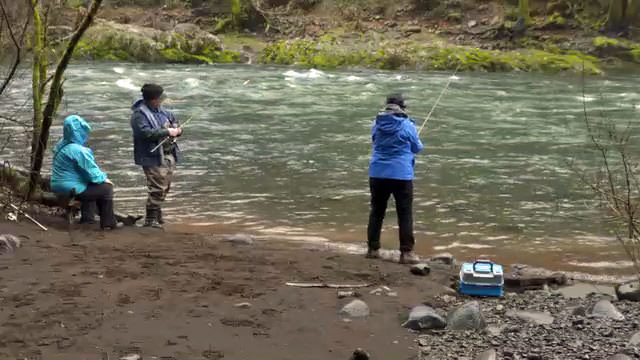 Grant McOmie
Grant McOmie is a Pacific Northwest broadcast journalist, teacher and author who writes and produces stories and special programs about the people, places, outdoor activities and environmental issues of the Pacific Northwest. A fifth generation Oregon native, Grant’s roots run deepest in the central Oregon region near Prineville and Redmond where his family continues to live.

What is the best fishing area near Portland in December?

Fishing in the Mount Hood area can be tough in December because the lakes can be snowed in or frozen, however, Pine Hollow is a little east of Mt Hood and worth checking out. In December on the Oregon Coast the ocean is usually too rough to fish and also December is our wettest month…

David Johnson
Fishing Expert
Is any of the information on this page incorrect? Suggest an update
Ready to hit the road? Bring our travel magazine along.