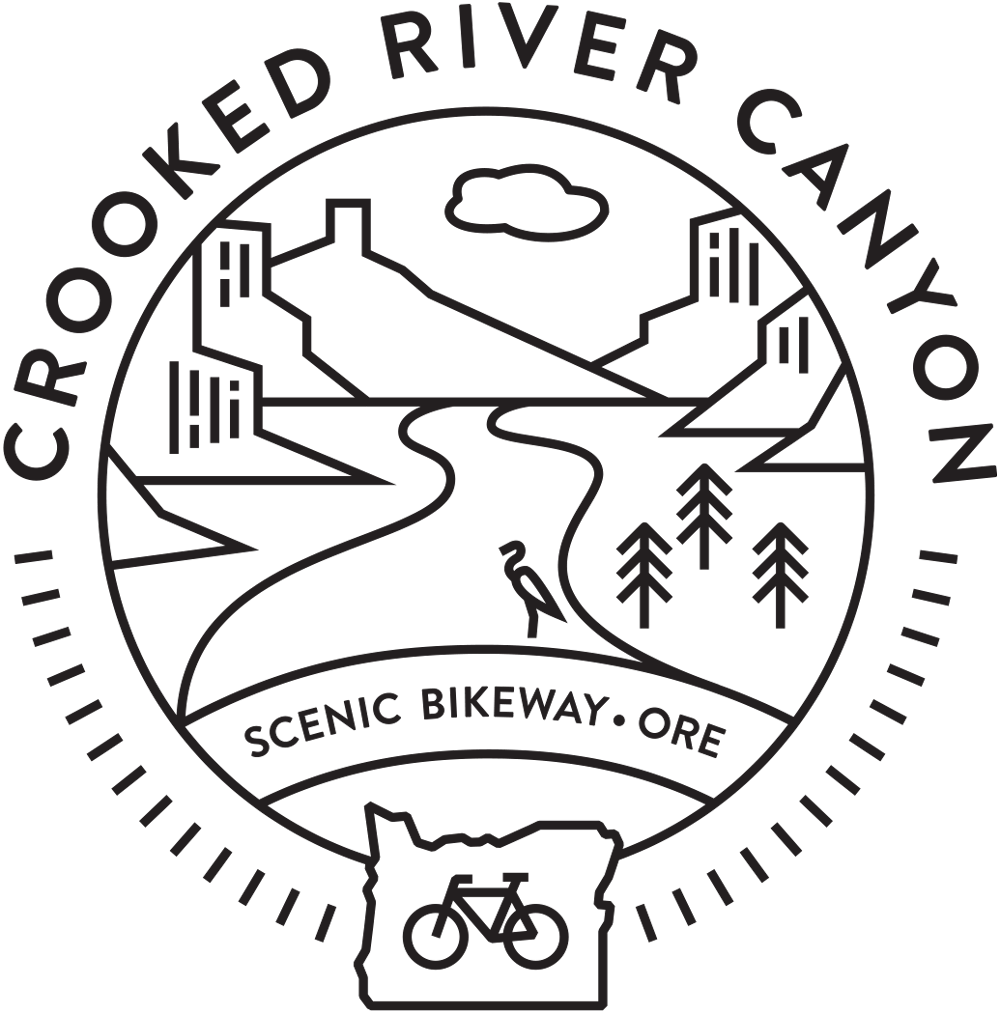 Meander up the Crooked River canyon to Prineville Reservoir

Oregon Scenic Bikeways, Ride Ambassador
Length 37 Miles
Difficulty Moderate i
A ride that’s not for complete beginners but won’t
be a major undertaking for those who ride regularly.
Varying levels of traffic, and could include some
hills, but nothing overly long or steep.
Nearby cities: Prineville, Powell Butte, Redmond, Terrebonne, Post
View on Ridewithgps.com Map & Cue Sheet

One of the great pleasures of riding in Oregon is discovering a generally spectacular but somehow lesser-known route – one you didn’t known about before a local told you to check it out. The Crooked River Canyon Scenic Bikeway is a prime example of that concept – a scenic, enjoyable and interesting route that might look like just another “up the river and back” segment on a map. But we’re the locals, and we’re telling you: This is a great ride.

Some of our favorite rides are the ones that feature a signature element – a waterfall, a lake, a viewpoint. As Zen-like as it can be to just spin for hours through deep forests or across wide-open vistas, sometimes it’s nice to know that there’s a particular place/reward waiting for you just up ahead. In this case it’s a narrow, twisting canyon that removes you from today’s world and takes your imagination back to the Wild West of yore.

Before you start your ride make sure you stop at Good Bike Co. LLC, the excellent local bike shop where you can pick up a part, get local advice and navigation tips, and later stop for a beer after your adventure. If you need fuel for your ride, get some grub at Connelly’s Cowboy Corner grocery and deli on the way out of town.

The ride begins at Rimrock Park, where in about two minutes you can go from “on town” to “out of town,” as the rural vibe quickly takes over. Out here the sky stretches wide, to horizons serrated by the Powell Buttes, the Bear Creek Buttes, and the formidable Ochoco Mountains. The ride starts flat and easy, winding along the east side of the agricultural river valley. The river meanders to your right, etching lazy “S” curves through the fertile fields.

And then your world starts to narrow, and you know you’ve entered the signature stretch of the ride. The local geology, formed over eons, squeezes you into the first stretch of canyon. The river leans in close, and the whole look of the ride gets a little more rugged. Then, after just a couple miles of this, you get spit right out into another, smaller valley. Here, take note of what the wind has been, and is, doing – it can get pretty breezy through these parts, and you’ll be surprised how much the direction of the wind will change on this ride. In other words, don’t expect it to be all tailwind in either direction.

Weave your way through this valley, taking in the sweet smell of the grass carried on the breeze. As you cruise, it soon becomes very apparent where you’re headed: that slot through the rocks up ahead, because there’s no other way forward. If you were on a train, you’d expect to find Butch, Sundance and the Hole in the Wall Gang waiting around the corner.

Before you enter the next canyon, pass a sign for the Crooked River Wild & Scenic River Corridor – a reminder that Oregon has far more Wild & Scenic rivers than any other state (we’re just pointing this out for your education, not because we’re overly proud of it). Once the rock re-engulfs you, split your eyes between the road and the canyon walls; there’s a surprising variety of flora (and some fauna) on the steep pitches. If it’s a sunny day, enjoy the subtle color changes of the rocks from different angles as you make your way up the canyon.

The river is your constant companion now, and you may see evidence of the fishing that brings many up this canyon. You’ll pass no fewer than 8 campgrounds, plus a picnic area – each bend brings you to another “oh, wow” view or angle, and you can see and feel why people love to hang out here. It’s a haven of natural sights, sounds and smells.

Warning: there’s a sneaky-hard little climb as you approach the turnaround. Then, just after 19 miles you’ll reach the end of the route, at Big Bend Campground – a great place to catch your breath and spend some time gazing at the river and the rock, as well as keeping a sharp eye out for wildlife.

From this point, simply turn around and enjoy the entire ride in reverse – seeing exactly how mixed-up the wind is on the way back – which is just as visually invigorating as the ride up was.

When you get back to town, plan some time for a stop at the A. R. Bowman Museum, which will give you a more complete feel for the land you just pedaled through. And now that you’ve heard about it, learned about it and ridden it, you’ll (almost) qualify as a local. Now you can share your well-earned knowledge with others. Spread the word!

Notes: This route is seasonal, depending on the year’s weather patterns. We’ve ridden it in December at 53 degrees, but there have been years when we wouldn’t want to venture out in the cold and snow. You can always try calling the bike shop ahead of time to get a report.