The communities of Cottage Grove and Dorena Lake have one important characteristic in common: they both seem to have the incredible ability to adapt, reinvent, transform and just keep going. This unique trait is deeply ingrained in the fabric of Oregon and when you start looking for it, you start to see it everywhere.

Just about 6 miles due west from Dorena Lake along the Row River is the town of Cottage Grove, which is undergoing a downtown revitalization to become an All-America City Square. You can almost smell the apple pie. With its famous covered bridges and a tidy main street, this town feels like a throwback to another era. That’s probably why Hollywood has come calling several times when filming movies set in the 1950s and 60s. The famous parade scene from “Animal House” was shot in downtown Cottage Grove and much of Stand By Me was set in and around town. Even though Cottage Grove has all the usual fast food spots and modern trappings, the town still has the bones to transform back to the time and place in which these stories were set.

Another great example of Cottage Grove’s ability to adapt can be seen in the six historic covered bridges all located within minutes of downtown. At the time the bridges were built, steel and concrete were hard to come by but timber in this part of the country was plentiful. The bridges were covered in order to keep the rain from aging them. The fact that these bridges still look great and are in use today is a testament to the craftsmanship and ingenuity of their builders.

The original location of Dorena is just 6 miles east of Cottage Grove, but if you go there today, you’ll need scuba gear to find it. Dorena was first settled by farmers, loggers and gold miners in 1850 along the Row (sounds like “how”) River, about 25 miles southeast of Eugene in the low foothills of the Calapooya Mountains. In 1940, the US Army Corps of Engineers decided to build a dam and in turn the town, along with roughly 100 homes, would need to be moved 5 miles up river. So, Dorena did the only thing they could do — they rolled with it.

Today, the town of Dorena is a quiet, unincorporated community with not much more than a post office and a convenience store, Kirk & Family Mercantile. Dorena Lake is a beautiful reservoir people visit to fish, camp, boat, bike and play in the water. The two most popular areas around the lake are Baker Bay Marina and Schwarz Park, both fully stocked for family fun.

Dorena isn’t the town it once was, but if you ask the 80,000 people per year who get so much enjoyment from the lake, not to mention the hydropower generated from the dam, transforming from a town to a reservoir seems to be working out pretty good after all.

Connecting Cottage Grove with Dorena Lake is another great transformation and attraction for visitors — The Row River Trail. This 16-mile National Scenic Trail is the result of a Rails-to-Trails program completed in 1998. The abandoned Oregon Pacific & Eastern Railway (nicknamed the Old Slow & Easy) used to haul lumber, ore, supplies and passengers between Disston and Cottage Grove. Now a beautifully paved biking and hiking trail, this path winds its way through old growth forest and past three covered bridges on its way to the eastern shores of Dorena Lake and on down the Row River.

This year Cycle Oregon will have the pleasure of riding a section of this trail. If you’re a film buff and this area looks familiar, that’s because much of “Stand By Me” was shot here. In fact, the scene where Teddy Duchamp (Cory Feldman) tried to dodge the train was on what is now the Row River Trail. “Train dodge. Dig it!”

Whether you’re drawn to this area for the lake, the cycling, the history, the small town Americana, or for all of the above, there is plenty to see and do here. And that’s one thing that’s not likely to change. 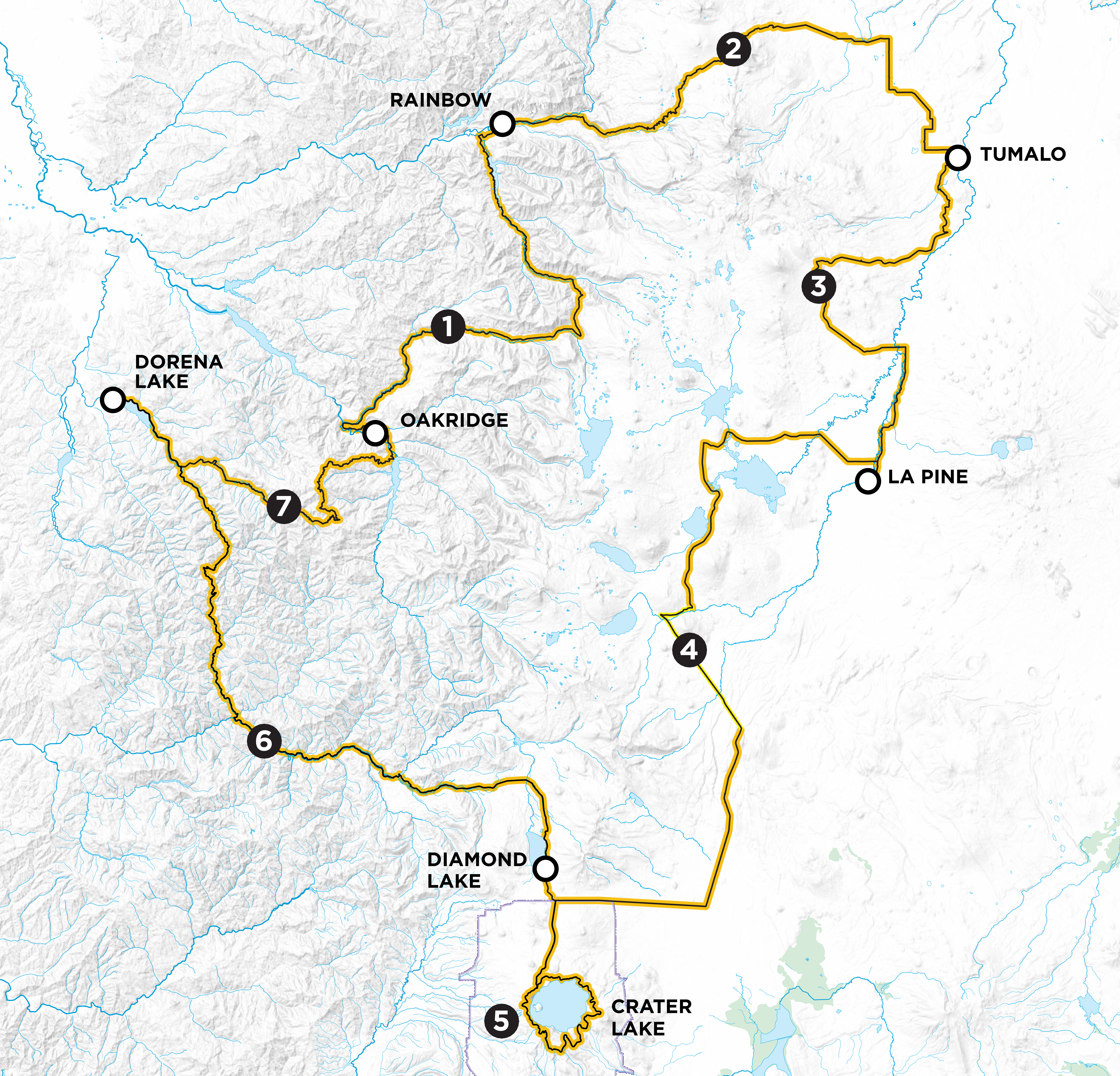 Featured in This Story

Where do you recommend a short wine tasting cycling trip in the Willamette Valley?

My top pick would be the Eugene area for cycling to wineries. You’ll find a higher concentration of wineries in the Dundee/Newberg area, but the roads are more highly trafficked with very minimal shoulders, and not as good for cyclists. In the Eugene area there are a couple of different routes that will take you…

Jennifer Rouse
Willamette Valley Expert
Is any of the information on this page incorrect? Suggest an update
Ready to hit the road? Bring our travel magazine along.