Made with Love at Oregon’s Atticus Hotel

From the moment you step into the Atticus Hotel in McMinnville, you might feel like you’re in your great aunt’s home — classy but comfortable, rustic but modern, lovingly handmade but with a deep sense of place and history.

Willamette Valley wine country’s new boutique hotel, which opened in April 2018, is like a love letter to Oregon — featuring the work of more than a dozen makers, vendors, purveyors and artists. Just about everything you’ll see and touch — from the furniture and art to the books and organic tea and custom scents in each guest room — is local, handmade and thoughtfully curated.

Erin Stephenson and business partner Brian Shea designed the concept with help of their longtime friend, Ben Perle, who is the general manager (and former general manager of The Oxford, a celebrated boutique hotel in Bend). In 2013, Stephenson and Shea opened McMinnville’s 3rd Street Flats, an eclectic vacation rental in a restored 1909 Odd Fellows lodge, adjacent to the three-story Atticus.

Perle has helped curate partnerships for the Atticus, most of which are hyperlocal: The coffee roaster (Flag & Wire Coffee Co.), winemaker (R. Stuart & Co. Winery), sign maker (Mitch Horning of MAC Sign Painting) and letterpress artist (Chelsey Nichol of Type A Press) are just blocks away.

McMinnville is a haven for artists; local Zach Hixson’s custom paintings of his famous cloud scenes grace the walls of each room, and the large painting over the lobby’s welcome bar (yes, complimentary espresso or glass of bubbly as you enter) is by McMinnville artist Carmen Borrase, who combined a jumble of seemingly unrelated objects that all are steeped in meaning.

Another lobby showpiece is an ode to McMinnville’s early 20th-century nickname, Walnut City U.S.A. Using fresh walnuts from a local farmer, McMinnville artist Jon Basile recreated the archway of walnuts originally built by the town’s Walnut Club in 1908, which was then sent to Seattle for the Alaska Yukon Pacific Exhibition. You don’t hear much about Oregon walnuts today because the Columbus Day storm of 1963 wiped out much of the state’s walnut industry; it’s since shifted to hazelnuts. 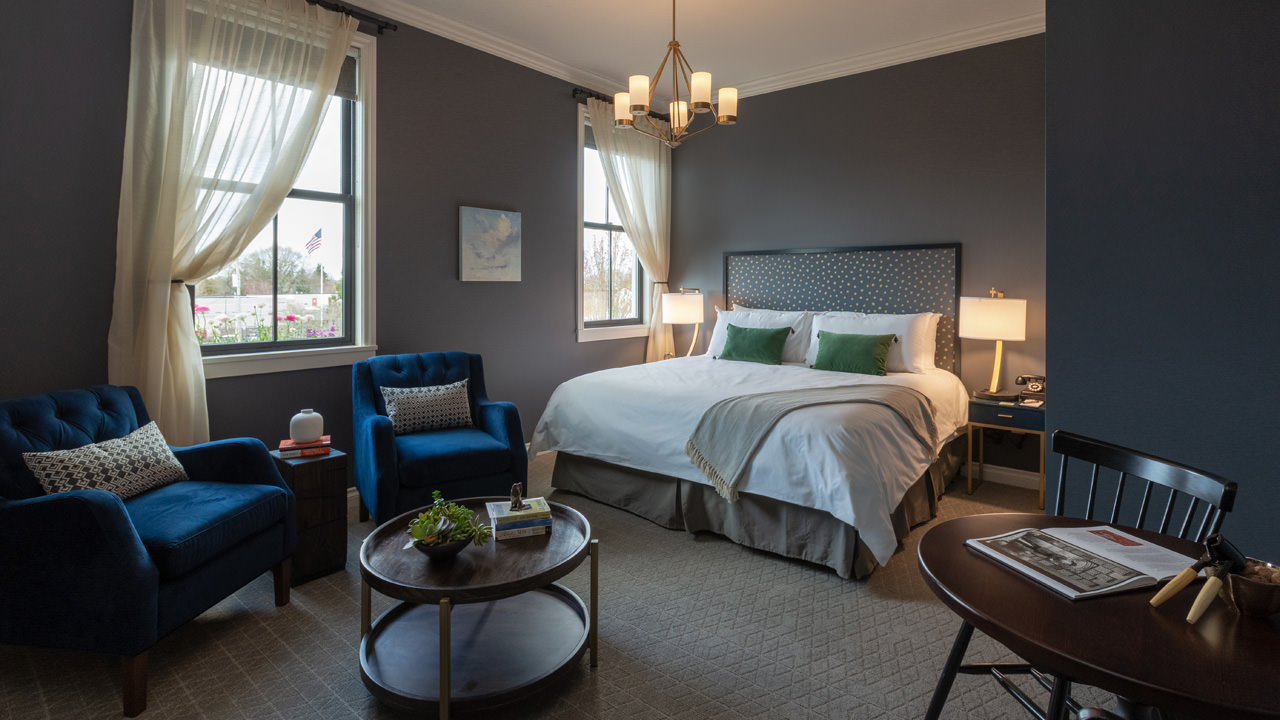 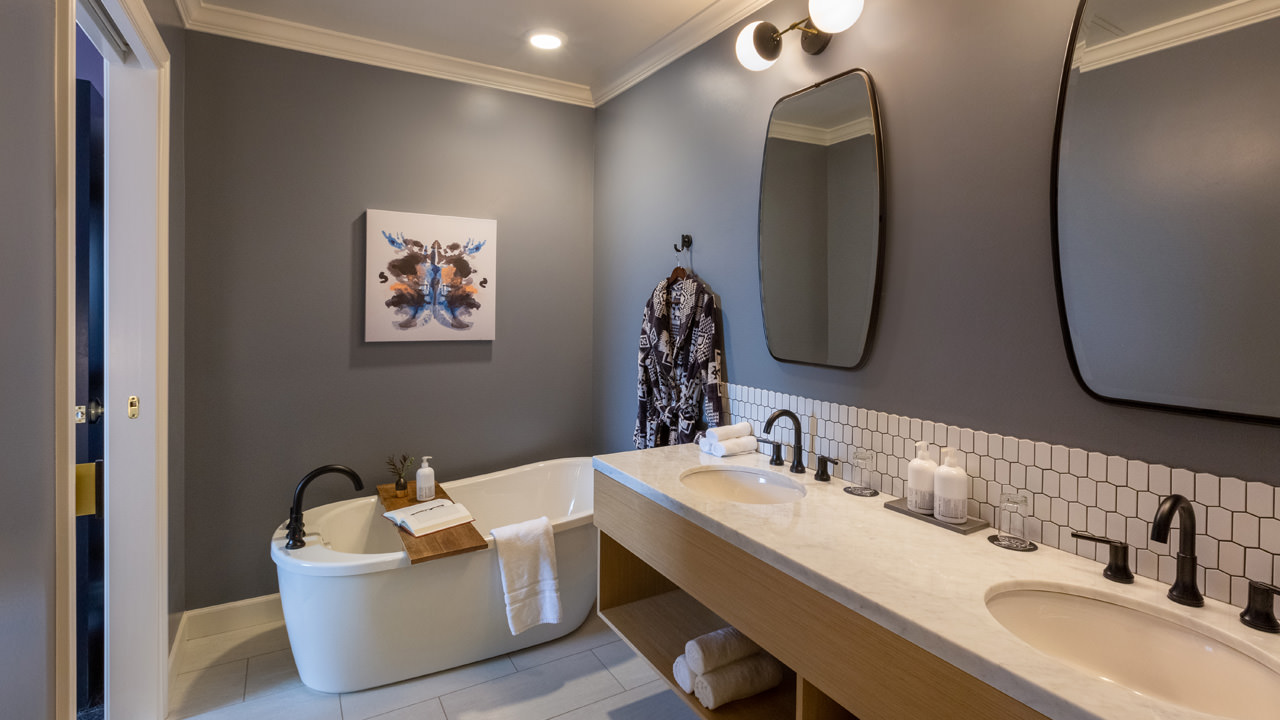 There’s also the drawing room. A “secret” room just off the lobby was designed with the help of 60 community members who gathered before the opening to create gilded silhouette artwork and other artsy wall coverings out of old McMinnville newspapers. (They also recommended their favorite books, which were then placed on the bookshelves of each guest room and are available for sale upon request.) Framed photos and paintings of historic community leaders grace the walls; they’d surely be proud to to live in this space. The space will be used as a gathering space for a local speakers’ series, private parties and other events.

“Everything in McMinnville is about passion,” Perle says, leafing through the Atticus coffee-table book made for guests, found in guest rooms.

While shopping for antique door knockers (which he’s found for each of the hotel’s 36 rooms) or commissioning new local partners, he’s started a rooftop beehive that produces honey available for purchase in the lobby. When it comes to food and drink — after all, this is wine country — visitors can indulge on classic burgers just off the lobby at Bless Your Heart Burger, owned by Portland restaurateurs John and Renee Gorham, of Tasty n Sons fame. The recently expanded menu now includes iconic Americana dishes like cheesesteak and hush puppies as well as brunch favorites like French toast and biscuits and gravy. And because you can’t drink wine all the time, the casual counter-service restaurant includes a full bar with fun whiskey-based cocktails such as their signature mule with fresh strawberries, and Manhattans and mint juleps on draft.

When you go: Whether you’re staying in McMinnville or just passing through, there’s lots to do. Explore the restaurants, shops and tasting rooms in the Granary District; book a guided wine tour; take the kids to the Evergreen Aviation & Space Museum and the adjacent Wings & Waves Waterpark, which is open year-round. Check out these car-free trip ideas for more inspiration.