As a Travelling Foodie, whenever I visit a destination, I must also check out its food scene. When I visited Portland our research led us to these four popular restaurants. 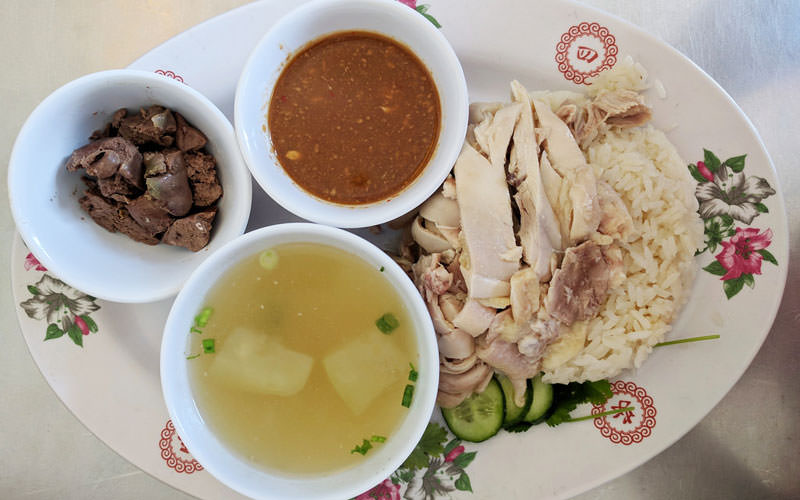 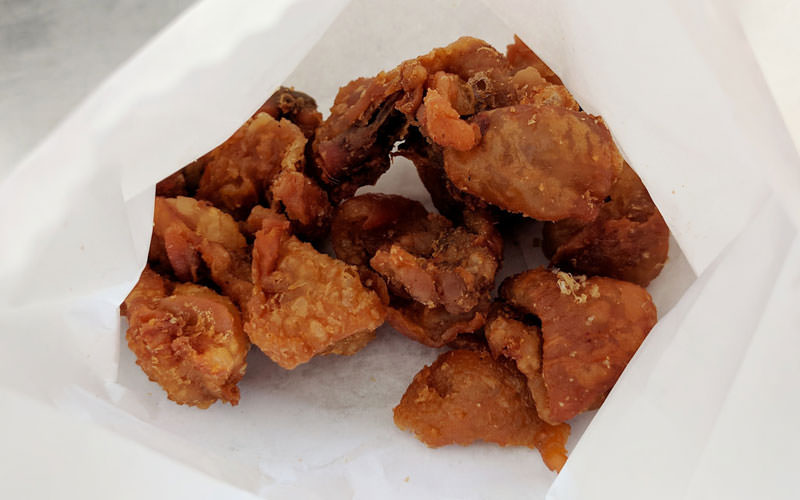 Our first stop was Nong’s Khao Man Gai, which appeared in all our research. We visited the restaurant, instead of the food cart, out of convenience. Clearly Nong’s is famous for its Khao Man Gai, the Thai version of the popular Chinese Hainanese chicken.

Khao Man Gai is poached chicken on rice, in which the chicken broth is used to cook the rice. It comes with a bowl of clear soup, and flavorful sauce that’s mixed with various ingredients such as garlic, ginger, Thai chilis, fermented soybeans, vinegar, homemade syrup and sugar. The sauce is addicting and was definitely the highlight of the dish for me. 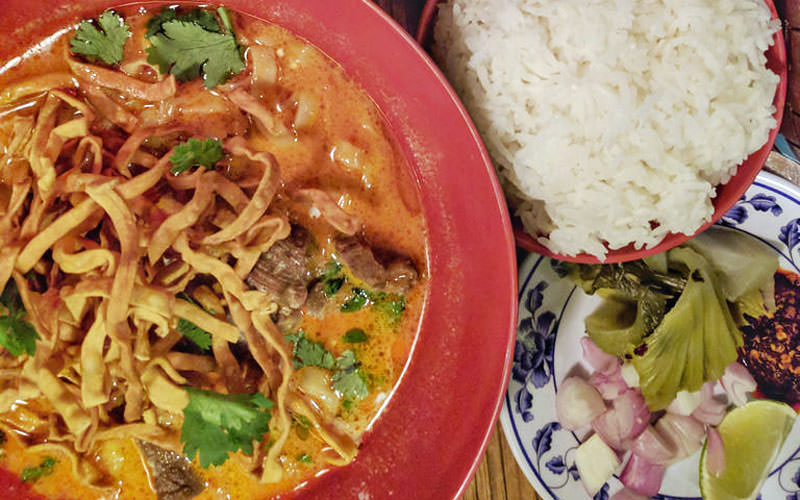 Our next stop was Chef’s Andy Ricker’s Pok Pok Noi. There are four Pok Pok locations in Portland (and one in New York City), which means multiple opportunities to try the famous menu. Pok Pok is best known for Ike’s Vietnamese Fish Sauce Wings, the signature dish based on Ich “Ike” Truong’s recipe from Vietnam.

The dish comes with half-dozen fresh whole natural chicken wings marinated in fish sauce and sugar, deep fried, tossed in caramelized Vietnamese fish sauce and garlic. The wings were huge, and they were fried well and had lots of flavor. We found that depending on salt tolerance, the fish sauce can be found as salty, but we enjoyed it greatly.

We also ordered the Khao Soi, a popular northern Thai curry noodle soup made with their secret curry paste recipe and house-pressed fresh coconut milk. I love Khao Soi, so I actually enjoyed this more than the wings. 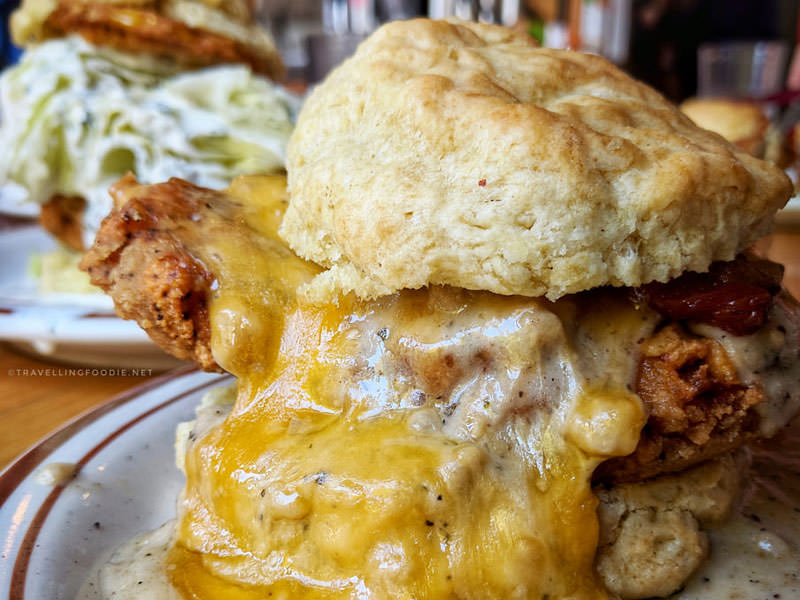 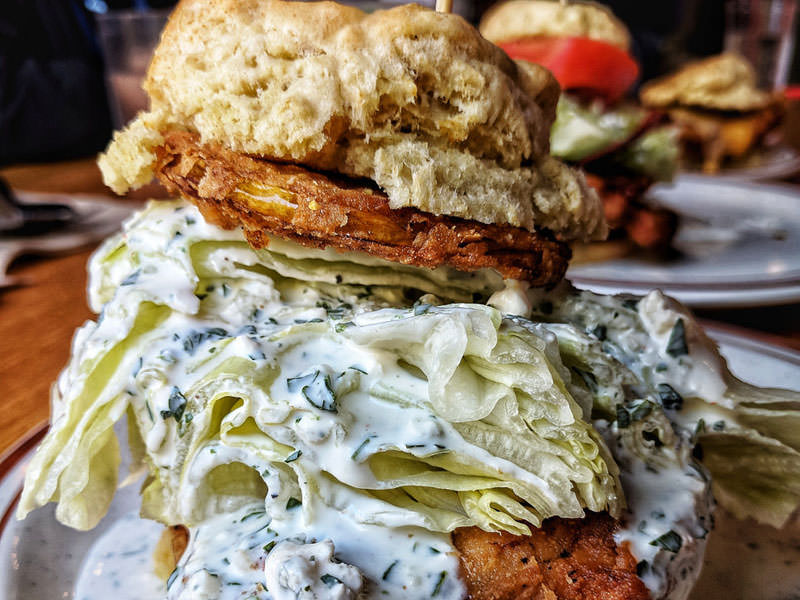 Our third stop was Pine State Biscuits, which was No. 1 on TripAdvisor at that time. As the name suggests, they are known for their biscuits — and also their buttermilk fried chicken. When we went, we just had to get their biscuit sandwiches to get the best of both.

We should’ve look up how the chicken would be because they were not the typical crunchy breaded kind that comes to mind for fried chicken. We ordered four different sandwiches to try. I loved The Reggie the most as it came with bacon, cheese and a very addicting gravy. 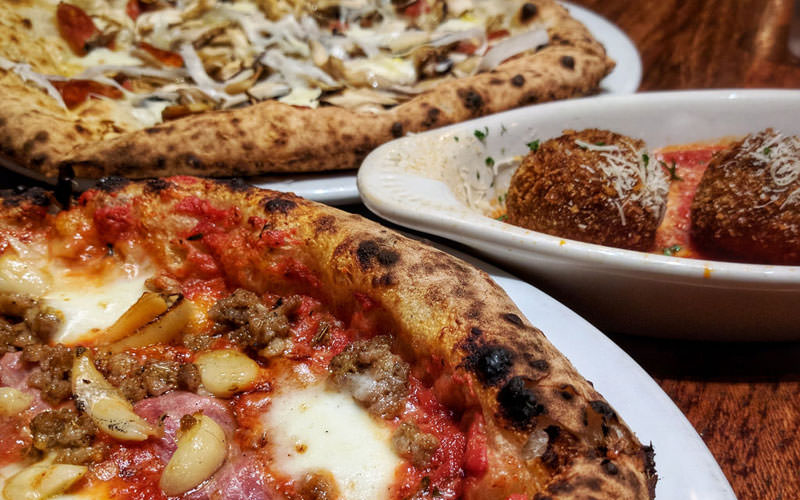 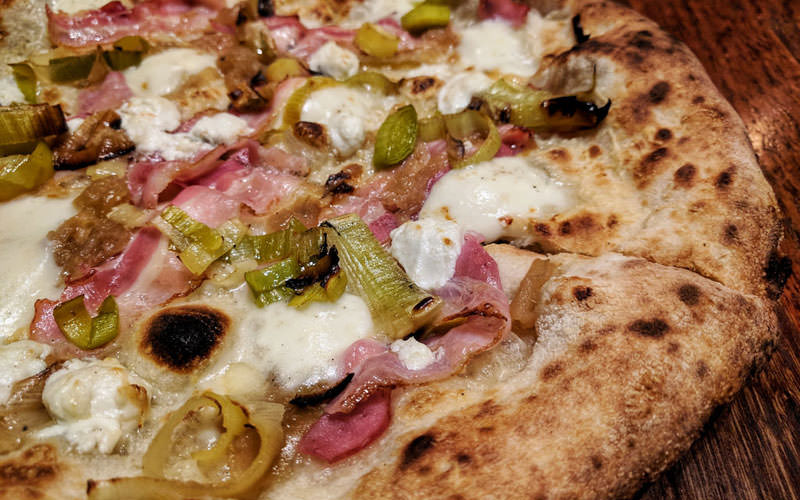 Our last and favorite stop was Life Of Pie Pizza, obviously famous for their pizzas which are Neapolitan-style made in a 6,900 pound wood-fired pizza oven. We added toppings on top of two specialty pies and loved it. Their Neapolitan pizzas are one of the best ones I had in the USA. It definitely had a pizza my heart.

Editor’s Note: Try to dine during unconventional meal hours in order to beat the lines. Pine State Biscuits is especially popular for brunch on weekends, and Pok Pok is known to have long waits for dinner. Fortunately both are near shopping attractions, so you can always put your name on the list and peruse the shops as you wait. (And they’re worth the wait.)

Raymond Cua
Raymond Cua is a traveling foodie, always thinking of his next destination or meal. He’s a food and travel blogger, content creator, and founder of Travelling Foodie. His blog and works have been featured in Travel + Leisure, BBC Travel, and Huffington Post. Follow his foodie adventures on social media.