The Redmond Caves Recreation Site consists of five caves formed by volcanic flows of molten lava from the Newberry Caldera. Follow in the footsteps of Native Americans who used the caves over the last 6,000 years. Nestled inside Redmond’s city limits, and managed in partnership with the City of Redmond, the caves offer a great way to take learn about geology, wildlife and past human use.

Know Before You Go:

Point of Interest: A single lava tube collapsed, creating 5 caves and giving you an easy place to explore. It’s time to get up close and personal with Central Oregon’s unique geology. 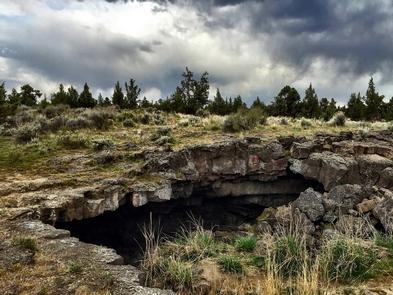 Redmond Caves Recreation Site
Is any of the information on this page incorrect? Suggest an update
Ready to hit the road? Bring our travel magazine along.