This Winter Nelis pear tree, planted in 1879, is associated with the boyhood years of President Herbert Hoover. When the 11-year-old Hoover arrived here from Iowa in 1885 to live with his uncle John Minthorn and family, he joined his aunt and cousins in the task of making pear butter. Hoover later wrote that after the ill effects of an almost exclusive pear diet for two days, he could not eat pears again for many years. 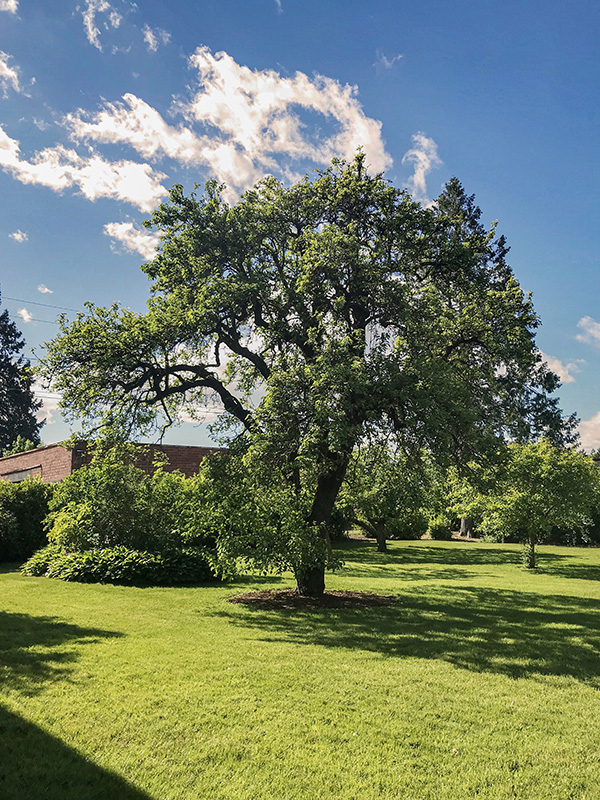