A rocky and rewarding ride on jeep trails and rough double-track near Mt. Hood.

Limberlost, Ride Ambassador
Length 22 Miles
Difficulty Challenging i
This level is for regular cyclists looking for
a good, hard ride. These rides will involve a
combination of length and climbing that
casual cyclists would not find enjoyable.
Nearby cities: Tygh Valley, Wamic, Maupin, Dufur, Grass Valley
View on Ridewithgps.com Map & Cue Sheet

Itching for a chance to get off the road, but not feeling single-track-y? Gravel routes offer that sweet spot between cars whizzing by and technical terrain that takes advanced skills. On this rugged but non-technical route, you’ll get that off-road buzz on jeep trails and double-track – oh, and mind-blowing views of majestic Mount Hood, too.

From the community of Tygh Valley, drive to the end of Shadybrook Road, which heads northwest from town toward the mountain. When it ends, hop on your bike and take the road on the left marked “Dead End”– always fun to go against the road sign’s advice. Here’s where the fun begins. You’ll gradually climb through a series of gates, and negotiate some cattle guards along the way. As you rise about 1,000 feet over roughly 7 miles, you’ll get a continuing series of tantalizing views of Mount Hood, framed by trees. Depending on what time of year you’re out here, there might be several runoff-water “streams” to cross. There’s a nice flat rock to perch on for a snack or lunch break at about mile 7 overall.

Once you top out – know that there are two false summits between 5 and 7 miles out – you’re basically riding a ridgeline for 5 miles or so, zigging and zagging as you enjoy the long views. Just after mile 12 you’ll rejoin civilization – if civilization is defined by a straight dirt road. On this road you’ll pass through the invitingly named, tiny “town” of Friend – it now has so few residents that it’s considered a ghost town, but at one time it was the terminus of a railway that started in Dufur, at the stately Balch Hotel. These days you’ll find a one-room schoolhouse, a store and a small cemetery with homesteaders’ graves – look for this; it’s nearly obscured by a grove of trees.

About 3.5 miles of straight-and-slightly-downhill from when you joined the road, it’s time for your gravity payoff. Wind your way steadily – sometimes sharply – toward the valley below, but don’t miss a couple choice stops along the way. Right off the route at mile 19 is a hidden waterfall that’s easily passed up unless you’re looking for it. A little farther, at mile 21, you’ll see remnants of the foundation of someone’s long-ago homestead. And if you’re riding on a warmish day, there are cascading pools nearby that may be calling your name.

Glide down to where you started, and you’ll finish with that mix of effort, exhilaration and peacefulness that constitute the reason for a ride like this.

A few key notes for you: Navigation on this route can be tricky and virtually nothing is marked, so be sure to bring a GPS unit or a good map. You won’t find any services along the route, so you’ll need to be prepared with food, water and first aid. Mountain bikes are probably the best bet for this route, due to the rugged terrain and the potential for runoff that can turn sandy surfaces soft.

Also, the White River Wildlife Area has some sections closed to motor vehicles from Dec. 1 to March 30, but bikes are fine year-round. In the winter/early spring it’s a great ride where you’ll see almost nobody! In the fall the area is popular with hunters, so wear orange then. 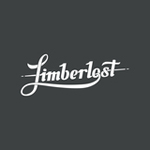 Limberlost
After rambling around the Pacific Northwest for decades on bikes, rafts and our own two feet, we've found a lot of secret places and great communities. From that experience, we’ve developed incredible adventures. Oregon Outback, Three Sisters Three Rivers, Oregon's Big Country, and Oregon Timber Trail. And we'd like to share that with you. Our self-guided expeditions follow unique and challenging routes through breathtaking countryside while supplying you with recommended itineraries, resupply logistics, little-known wonders, and the best food, beer and coffee along the way.
More rides by this ambassador on rideswithgps.com