It’s not very typical to ride three Oregon Scenic Bikeways consecutively in one trip. But we’re not your average trekkers.

After successfully pedaling the Willamette Valley Scenic Bikeway in four days, we took some much-needed rest. Dave had passed on his cough onto me and we moved from Armitage Park to the Home2 Suites by Hilton in downtown Eugene, where we could snuggle in a real bed. The homey suite hotel has a pool, weight room, free laundry and daily breakfast that includes vegan Belgian waffles. It was the perfect place to recharge for a few days before tackling the McKenzie Pass Scenic Bikeway.

Editor’s note: the McKenzie Pass Scenic Bikeway closes seasonally due to snowfall. Check our route detail page for updates before you head out.

Still feeling under the weather, we accepted a ride to the west end of the route. After cycling with Patagonian winds blasting in our faces at 40 mph, we learned that it’s perfectly okay to take a ride when offered. Our friend took us down Route 126 from Eugene to Takoda’s restaurant in Rainbow.

As vegans, we were pleasantly surprised to find a homemade veggie burger among our food options. In a teeny-tiny town, we had low expectations, but Takoda’s really delivered.

Just as we left the restaurant in search of a camping spot, a heavy drizzle set in. Instead we found home for the evening at the friendly Holiday Farm RV Park. Under the dosage of cough syrup, we both slept through the night for the first time in a week.

The gray stuck around as we packed for our short ride to Belknap Hot Springs, just a few miles down the road. We were stoked to soak our aching bodies in the hot waters located adjacent to one of our favorite spots in Oregon — the McKenzie River Trail, a 26-mile trail famous for Tamolitch Pool (better known as Blue Pool), Sahalie and Koosah Falls, and lots of mountain biking opportunities. We love it for the quiet trails, raging river and pristine scenery along which we could run forever. Of course, we wouldn’t be running on this visit. We would be hitting that hot spring pool.

We purchased food for the next two days at the well-stocked Blue Sky Market. Between the market and Takoda’s, we had no problems finding plenty of healthy, vegan foods to supply us our nourishment over the next couple of days. From hummus, lots of fresh vegetables and energy bars to organic canned goods, we were set.

Belknap sits on a huge property with the McKenzie River dividing it in two. The pools, lodge and RV park are on one side, while the camping, cabins and trails sit on the other. One night was not enough to explore it all.

After setting up camp, we promptly changed and headed for the pool just behind the lodge, one of two on the property. We left our dog, Sora, in the tent while we soaked, as she is used to being alone in there when we do need to leave her behind.

With our short ride, we had plenty of time and energy to take Sora for a long walk before eating dinner. We easily found the McKenzie River Trail, connected right to the resort. After heating up some soup, we went to bed early, hoping we’d awake to some sunshine. 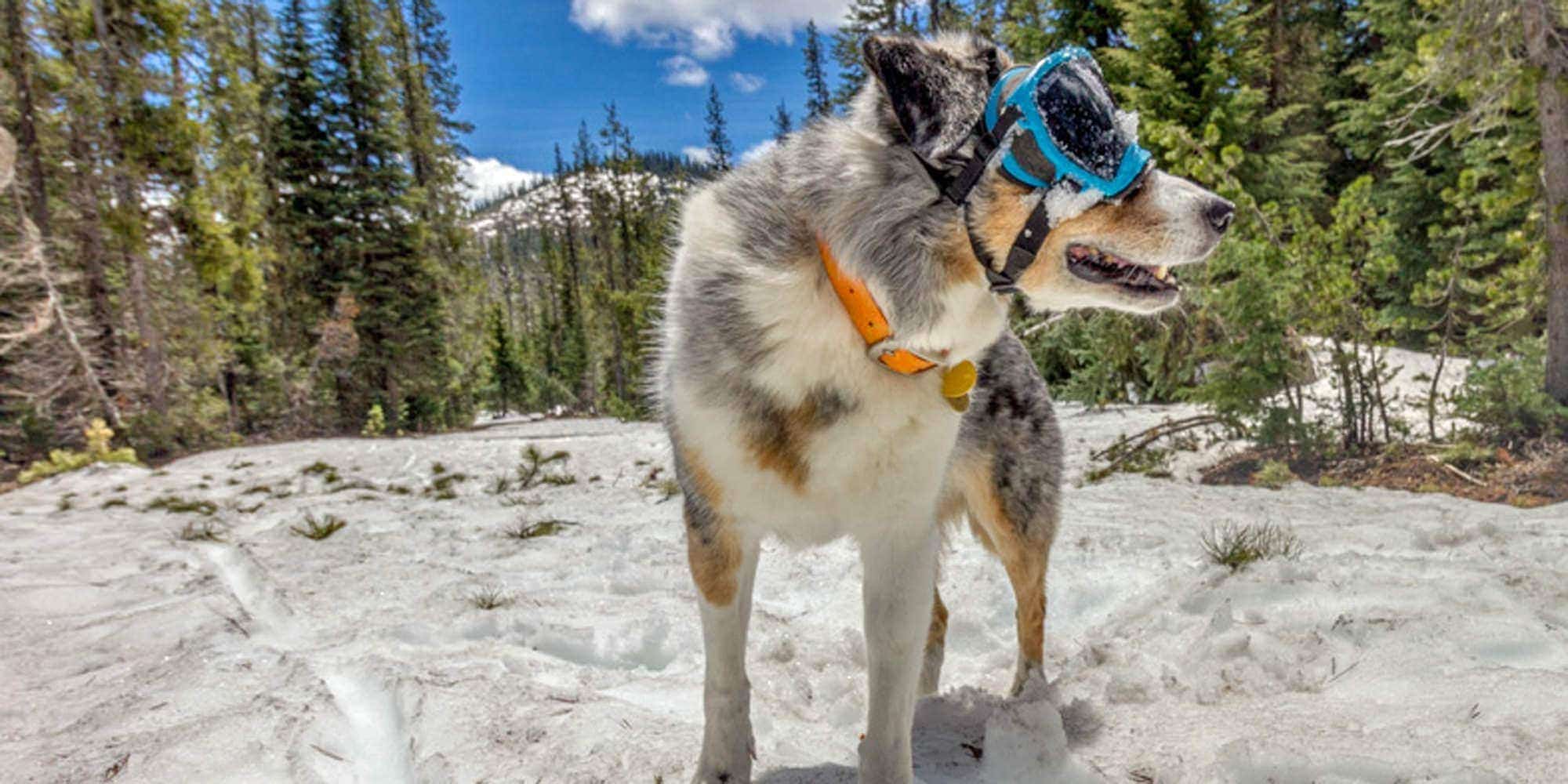 We awoke to the symphony of songbirds and blue skies. Setting up for breakfast, we realized that pesky chipmunks had nibbled their way into our rice cakes and and created a hole in a front pocket of my pannier.

We set off around 8:30 a.m. to try and beat the heat and meet our friend in Sisters by early afternoon. My favorite part of McKenzie Pass, besides the killer views from the top, is that the road is closed to cars until mid-June. So once the snow clears and the pass is rideable, cyclists have mostly car-free riding up and over. Lucky for us, we caught it on the last car-free day!

Dozens of roadies passed us, cheering us on as we chugged along, the only fools to attempt tackling the pass with loaded gear and a dog. I normally plug into a podcast while riding, but the number of cyclists passing and wanting to chat had me taking out my left earbud so frequently, I put them away. They asked about Sora and how old she was — she’s 12, by the way— and what it’s like to cycle with a dog. They asked about our trip, where we had come from and where we were going. They asked about our panniers. Question after question. It was cycling happy hour.

We grinded out revolution after revolution, waving to cyclists coming down who had passed us only a couple hours earlier on their way up. The steep roads never seemed to flatten, yet, we felt such immense joy to be among so many cyclists on such a beautiful day. Further, having completed this ride previously, we knew what awaited us at the top — one of the best views in all of Oregon, most of the state’s tallest peaks in one 360° spin.

The thick pines turned to gray alpine trees and we found remnants of snow in which Sora played and cooled her body. (If you’re wondering about Sora’s epic doggles, they’re from Rex Specs and she wears them at high altitude, in the snow, on the water and any other time we need to protect her eyes.)

Soon the lava fields emerged and I anticipated our arrival to Dee Wright Observatory, the peak at 5,187 feet.

At least 50 bicycles were parked against the black rocks, formed by lava flows, surrounding the observatory. Two other dogs wandered about off leash (they were part of a support team for an organized ride taking place that day). We ascended the observatory to take in the view of the surrounding volcanoes — Mt. Hood, Mt. Washington, Mt. Jefferson and the Three Sisters. I soaked it all in.

With our friend awaiting our arrival call in Sisters below, we mounted our bikes and pointed down, reaching the edge of town in 45 minutes, traveling at record speeds for us slowpokes. We continued on to Village Green City Park, one of the most useful parks we have found in all of our travels. There were clean pay showers, water and benches where we sat and snacked while waiting for our friend.

In Bend we would take a week-long break from our cycling adventures before hitting our final route, the Cascading River Scenic Bikeway.

McKenzie Bridge, Willamette Valley
Is any of the information on this page incorrect? Suggest an update
Ready to hit the road? Bring our travel magazine along.